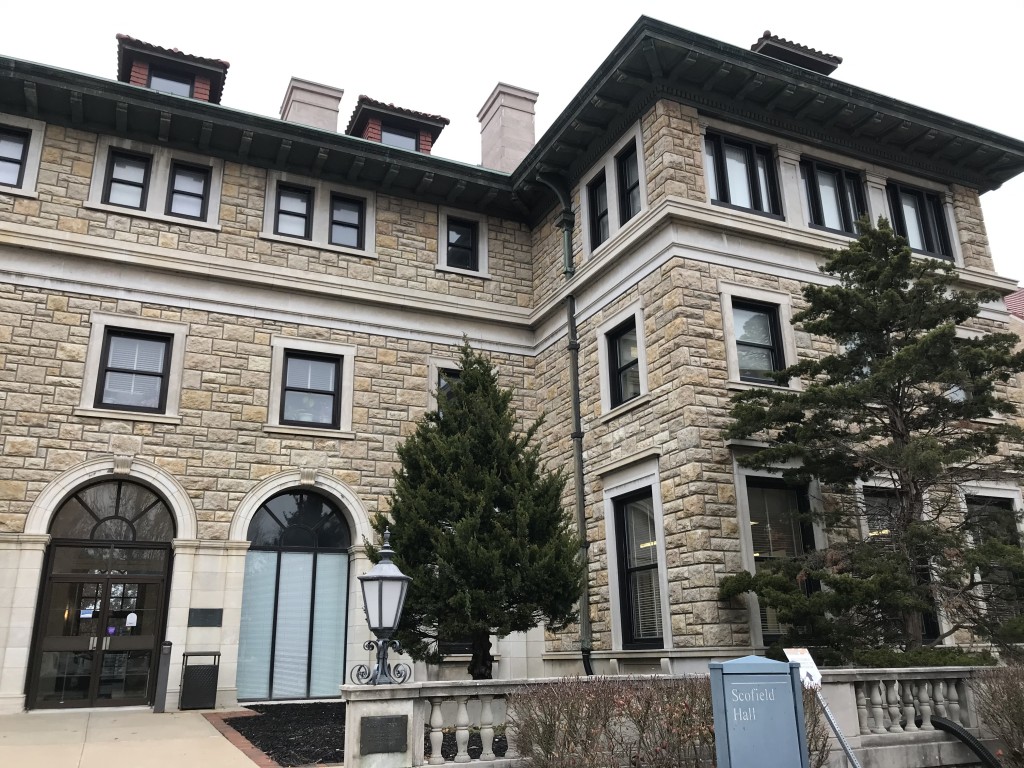 Anne Kniggendorf is a local writer (currently working with KCUR and assorted freelance gigs, should you want to hire her) who is releasing a new book on odd, eccentric, and unexplained stories from around the Metro. “Secret Kansas City” is a delightful read that releases tomorrow.

We have all these places around town—some we see all the time and know nothing about, others we’ve never noticed and have never heard of—that all have weird stories behind them. For instance, did you know that the Hereford Bull is anatomically correct? And did you have any idea that Kansas City is HQ for a large, international doll club organization?

Here are a few excerpts from “Secret Kansas City” which releases tomorrow.

Separating historical fact from lore is harder in some cases than others, but the way the University of Missouri-Kansas City acquired its very first building is the stuff of legends. The building that is now Scofield Hall used to be the Dickey Mansion, home of Walter S. Dickey. And when it comes to Dickey, the lore is pretty loud. The story goes that Dickey, who made his fortune in the clay sewer pipe business, and William Rockhill Nelson, the wealthy owner of the Kansas City Star, were bitter rivals. Word on the street is that Dickey so disliked Nelson he would do anything he could to gall him, including purchasing a 10-acre plot in view of Nelson’s front porch so that after the house was built, Nelson would have to look at Dickey’s mansion first thing every morning.

Historian Chris Wolff has done a lot of digging to find the truth among the tall tales. He says the men’s dislike of each other turned to full-blown hatred in the summer of 1912, after Dickey finished building his mansion. Their disagreement stemmed from the presidential election that year, a race between Republican candidate William Howard Taft and Democrat Woodrow Wilson. Both Nelson and Dickey were Republicans, but Nelson’s buddy Theodore Roosevelt came out of retirement and ran as a third-party candidate, splitting the Republican vote and allowing Wilson to win the election. Dickey had voted for Taft.

Nelson died in 1915, leaving a fortune to establish the Nelson- Atkins Museum of Art. Around that time, Dickey really, really wanted to get into politics, but couldn’t get elected—especially after a series of articles in the Star insisted that a vote for Dickey was no better than a vote for mob boss Tom Pendergast. Deciding his failure was the fault of his old enemy’s newspaper, Dickey sunk his whole fortune into bankrupting the Star. He bought two rival papers, the Post and the Journal, to put the Star out of business. In 1930, William Volker and the Kansas City Chamber of Commerce purchased a bunch of nearby land for a university. Three years later, with Dickey dead and his estate deep in debt, Volker asked the heirs to donate the mansion to the new school; he’d take over the expensive mortgage. And that’s how the university got Dickey’s house.

One story says that Walter Dickey spied on Nelson through a telescope and caught Nelson looking right back at him through his own! 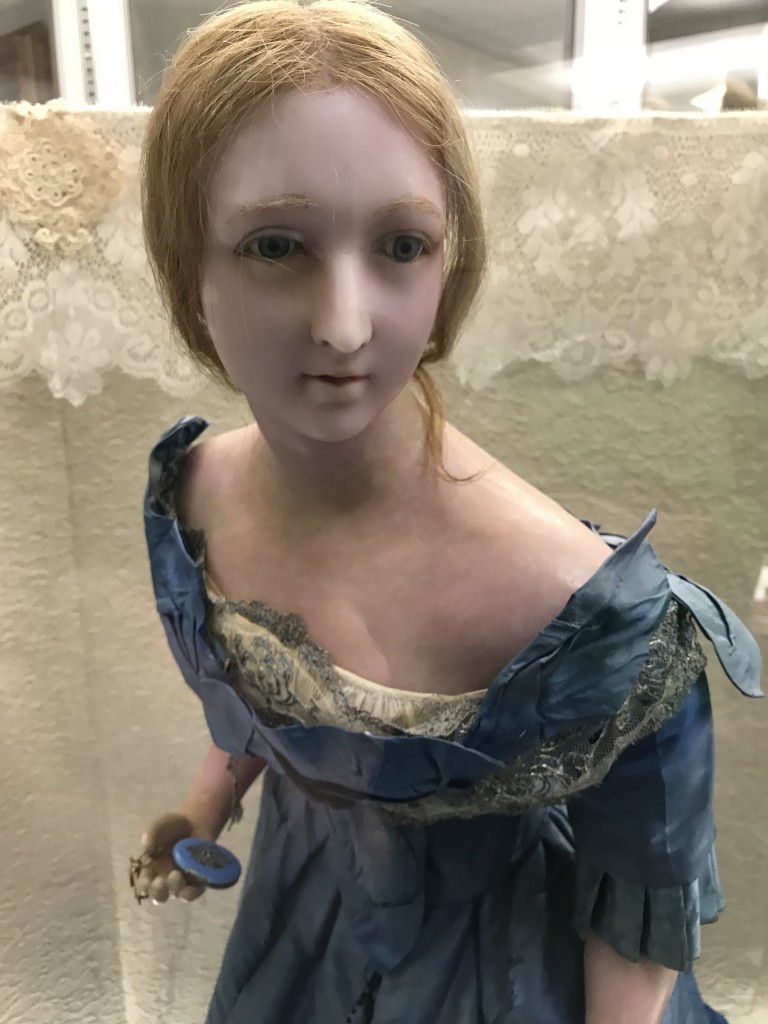 A Doll for Every Occasion

One can pass from childhood to adulthood in Kansas City and still somehow not know about the United Federation of Doll Clubs. It’s been headquartered right under our noses since 1981, with a museum, store, annual convention, and all sorts of fascinating information about dolls—pleasant ones and scary ones. As staff member Donna Mills says, yes, doll collectors are well aware that a lot of people think their hobby is creepy, but that doesn’t deter them. Real collectors will compete to collect the oldest dolls in the best condition from a particular artist as well as those that are simply unusual.

The museum includes thousands of donated dolls, of which about two-thirds are in storage. They’re made of felt, wood, porcelain, glass, cork, goatskin, wax, nylon, wool, tin, plastic, and cellulose—anything that’s ever been available to someone who wanted to create a tiny representation of a human. The oldest in the collection date back to the 1700s and weren’t playthings at all, but altarpieces of saints that people smuggled out of churches when fleeing from wars, fires, and other disasters. Some dolls were made as portraits of people, such as convicted murder accomplice Countess Maria Nikolaevna O’Rourke Tarnowskaya. She didn’t kill anyone personally; she just had enough lovers that it was really only a matter of time before in-fighting knocked off one or two of them. Other dolls in the museum acted as life-sized dining companions for kids to sit with when they weren’t allowed to dine with adults. One in particular, Madeline, was a travel companion to a girl named Alice in 1868. Madeline had luggage, jewelry, boots, and a whole wardrobe; Alice’s homework included keeping a diary of everything Madeline did in her world travels. All of her accouterments, and plenty else, are on display here.

Doll lovers founded the United Federation of Doll Clubs in 1949, and it now has 410 registered clubs and 8,150 individual members in 15 countries. 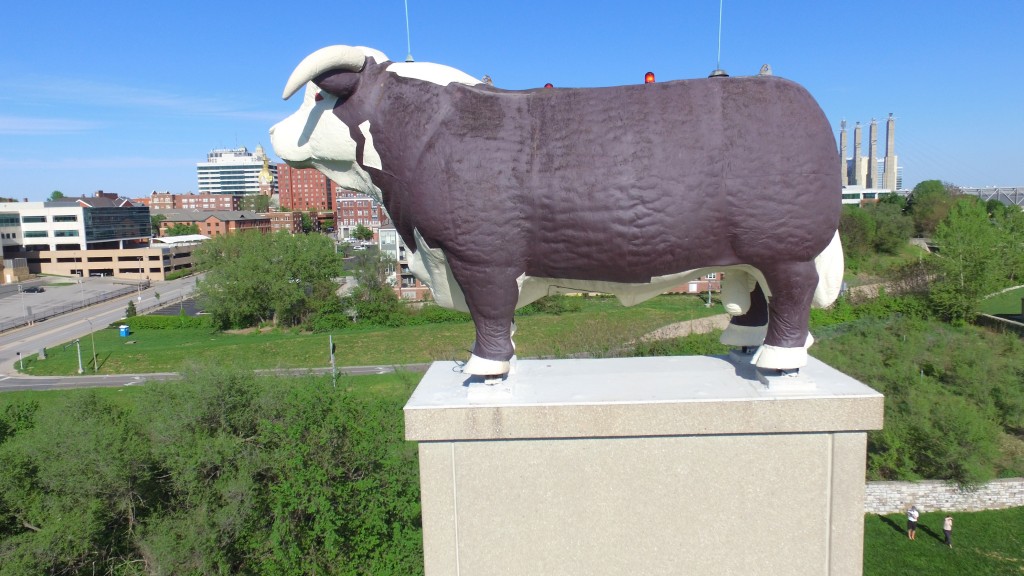 This Cow is all Bull

Not to be off-color or offensive—this is an all-ages book—but Kansas City is home to some of the biggest cahones you could ever imagine. Some call the owner of said cahones “Bob.” Others just call him the Hereford Bull, the iconic 5,500-pound, 12-foot-tall bovine guardian of our fair city. He’s so high up in the air (90 feet) that it’s hard to see the anatomical details.

The National Hereford Association originally commissioned Bob for its then-new building at 715 Kirk Drive in Quality Hill and dedicated him in a 1953 ceremony with President Dwight D. Eisenhower in attendance. According to the Smithsonian’s Art Inventories Catalog, Joseph Radotinsky designed the 19.5-foot fiberglass marvel. Bob went into storage in 1997 when the Hereford Association moved, but public outcry demanded his return to public view, according to the City of Fountains Foundation website. In 2002, he was put out to pasture in Mulkey Square Park.

On October 25, 1954, Life ran a story about Bob with a series of photos, including one that clearly identifies him as male. 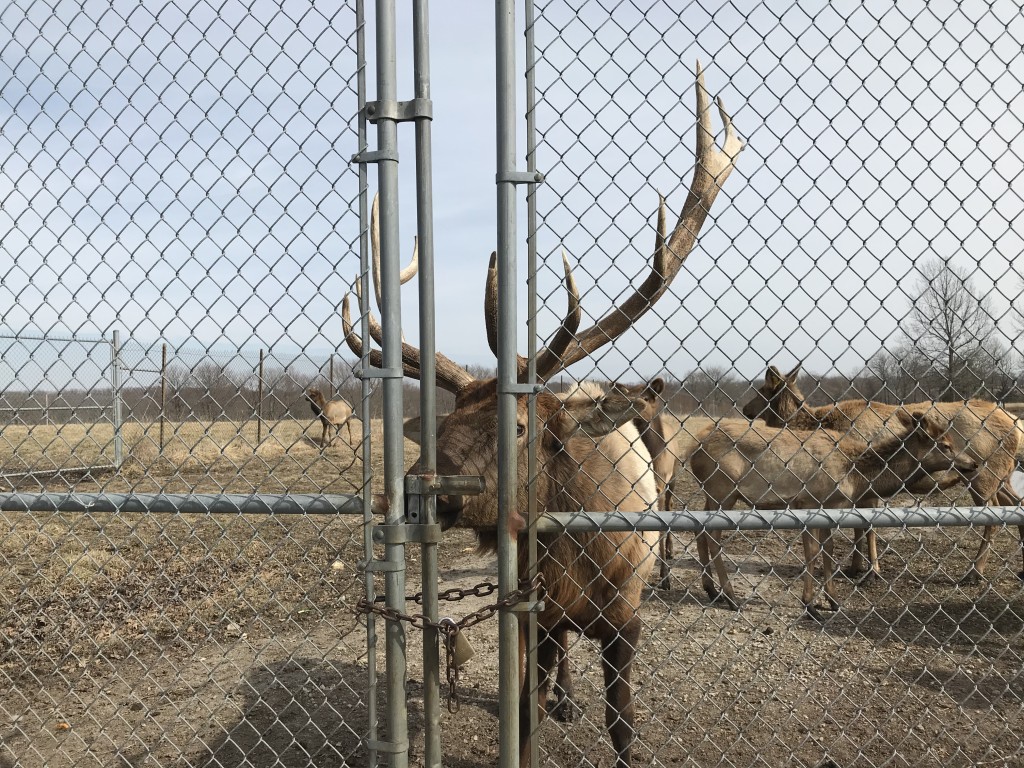 Exchange Students on the Range

If given a list of exotic animals versus domestic animals, could you sort them? Sure, you might say that a penguin is exotic in the United States. Camels are too. But how would you classify a buffalo? In his own backyard, the bison is on the fence. At Jackson County’s Fleming Park, you can visit native animals in a 110-acre enclosure. The bison, elk, and white-tailed deer who used to freely roam the plains are now visible to the public at the Native Hoofed Animal Enclosure. The confinement is sad and a little hard to digest, but when you get into raising these animals on private ranches, it gets stranger still.

Amy and Michael Billings own and run Buffalo Ridge, a bison farm near Kingsville, Missouri. They sell the bison and their meat, which they say actually helps the species survive because it creates a demand for them, which, in turn, generates more money to care for the animals and increase their numbers. However, when the Billingses take the animals to slaughter, they pay higher fees to the facility than cattle ranchers do because, Amy Billings says, “Right now, bison are considered exotic—which is the ironic piece because they’re actually native and cattle are exotic—but cattle are considered domestic livestock so they’re treated in a different way than exotics are.” In any case, while you’re actually visiting the enclosure, the animals come

Many signs warn not to feed the animals any kind of grain. However, the elk seem pretty happy to accept gifts of carrots from visitors. 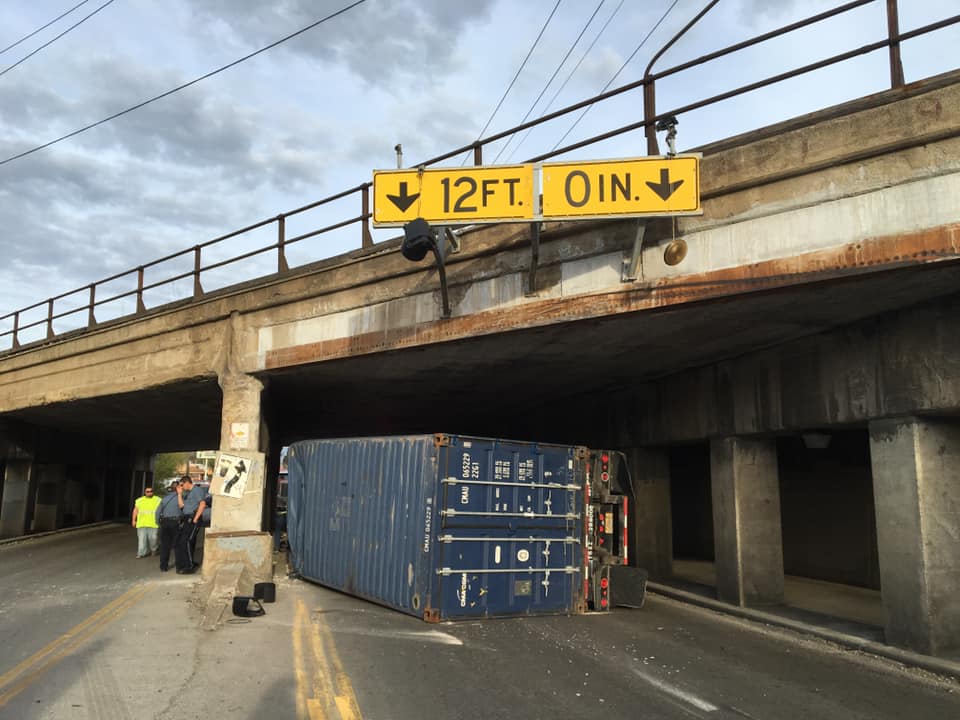 The True Tale of a Truck-Eating Bridge

Have you ever seen a man-eating chicken? How about a man eating chicken? Not much for punctuation humor? Try this on for size, and it’s not a joke at all: Kansas City has a truck-eating bridge. Yes, it’s true! The 12-foot high underpass has been gobbling up trucks since it was built in 1937. The truck-eating bridge, also called the US-24 overpass, is the responsibility of the Kansas City Terminal Railway, according to reporting by KCTV5.

Just like an innocent child approaching a bridge that houses a troll, unsuspecting trucks approach, speed about two feet into the dark, and are snatched up by the ferocious, fanged maw. Sometimes the trucks are completely shredded, sometimes just stuck, and, at other times, they’re twisted into a U shape. Residents tell KCTV5 that this

This bridge has its own Facebook page where people post photos of what happens when truck drivers don’t heed the warnings. See what it’s eaten this week @abridgeinmissouri.