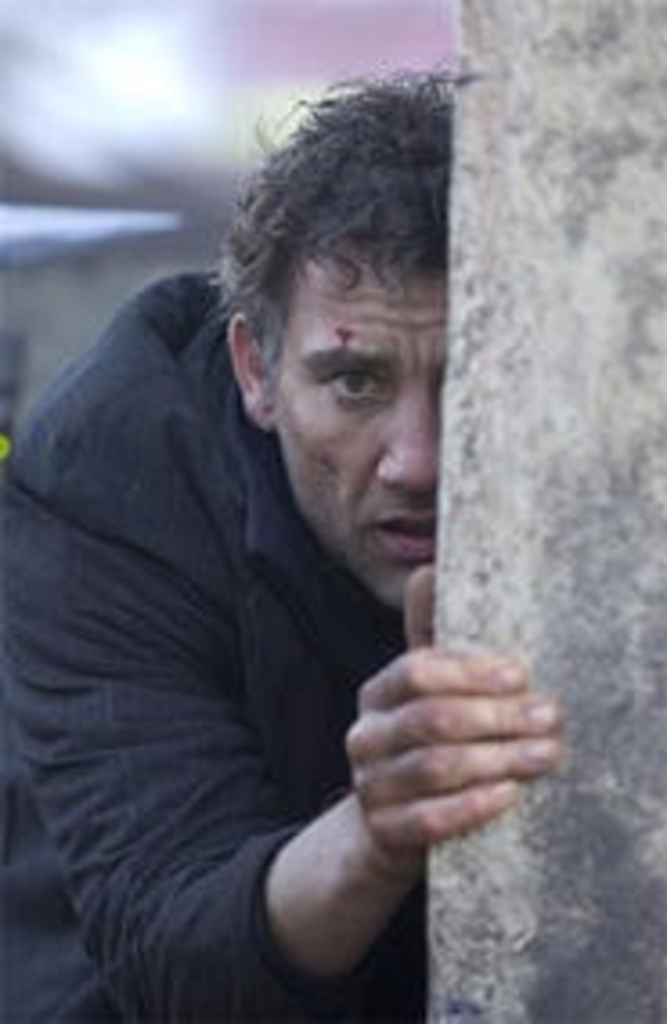 A car speeds down a forest road, only to be surrounded in an instant by armed crazies who materialize from the nearby woods. In the visual grammar of big-budget action films, the sequence that ensues should be a scattershot barrage of images accompanied by a Dolby clubbing: Wheels! Guns! Blood! Shriek! Fireball! Crash!

Something different happens, though, when that scene plays in Children of Men, Alfonso Cuarón’s film version of the P.D. James novel about a near future when infertility has tripped the doomsday clock on human extinction. (The movie opens in Kansas City on January 5.) The attack is seen entirely from within the besieged car, and its horrific aftermath is captured in a single brilliant take that shifts with fluid urgency among the terrified passengers. The sequence builds from quiet to chaos without even an eyeblink of a cut to break the flow — action cinema as on-the-spot reporting.

This is filmmaking of swaggering virtuosity, and the long-take bravado that Cuarón displays throughout Children of Men — easily the most physically persuasive vision of the future since the rain-soaked noirscape of Blade Runner — has already antagonized some of the visually impaired critics who dismiss Brian De Palma with depressing predictability. But Cuarón believes that audiences, so often mugged by montage, will respond to the seeming simplicity and realism of a moment captured in one unbroken shot.

“Subconsciously, I think something is telling them there is not the safety net of editing — that you’re not hiding behind tricks,” Cuarón says. The director previously used lengthy takes to anchor Y Tu Mamá También in the class strife and political turmoil of his native Mexico. “With editing, you manipulate time. Here, you have just the constant flow of a moment. I believe heartbeats get connected in that moment.”

The movie year 2006 bears the director out. Many of the year’s most indelible moments on film come from shots that allow motion and emotion to unfold together in real time. They can be as intimate as Will Oldham tending to faded friend Daniel London in Kelly Reichardt’s elegiac Old Joy, as elaborate as the crane shot that catches a glimpse of Hollywood horror beyond a boilerplate shootout in De Palma’s underrated The Black Dahlia, or as exuberant as badass Tony Jaa pulverizing an endless string of human obstacles up the ascending levels of a Guggenheim-like restaurant in the Thai import The Protector. They can be portraiture — the still lifes of Lisbon tenement dwellers in Pedro Costa’s Colossal Youth — or deathbed studies such as the pitiless last shot of Cristi Puiu’s The Death of Mr. Lazarescu, which reduces the expiring title character to a heap of life’s laundry. Each catches a moment in a butterfly net and manages to pin that moment without killing it.

The astonishing single takes in Children of Men — particularly one sustained shot that follows Clive Owen’s cynic-turned-savior high and low through the rubble of an urban war zone — seem likely to tickle movie geeks’ taste buds. But they never become, in the cautionary words of Cuarón’s cinematographer, Emmanuel Lubezki, “an Olympics of long takes.” In blocks of real time, they convey, as movies rarely do, the sense of existing in a nightmare that can’t be blinked away.

“I think audiences are getting tired of all those zillion-billion cuts,” says Cuarón, a giddy cinephile who traces his fascination with elaborate camerawork from Hitchcock’s Frenzy through the films of Andrei Tarkovsky and Hungarian director Miklós Jancsó. “It’s the easiest thing you can do as a director — get a lot of cameras, shoot a lot of setups and then hand the whole thing to your editor. But I think that, slowly, more interesting ways of doing cinema are getting into the mainstream. Or that’s my hope, at least.”