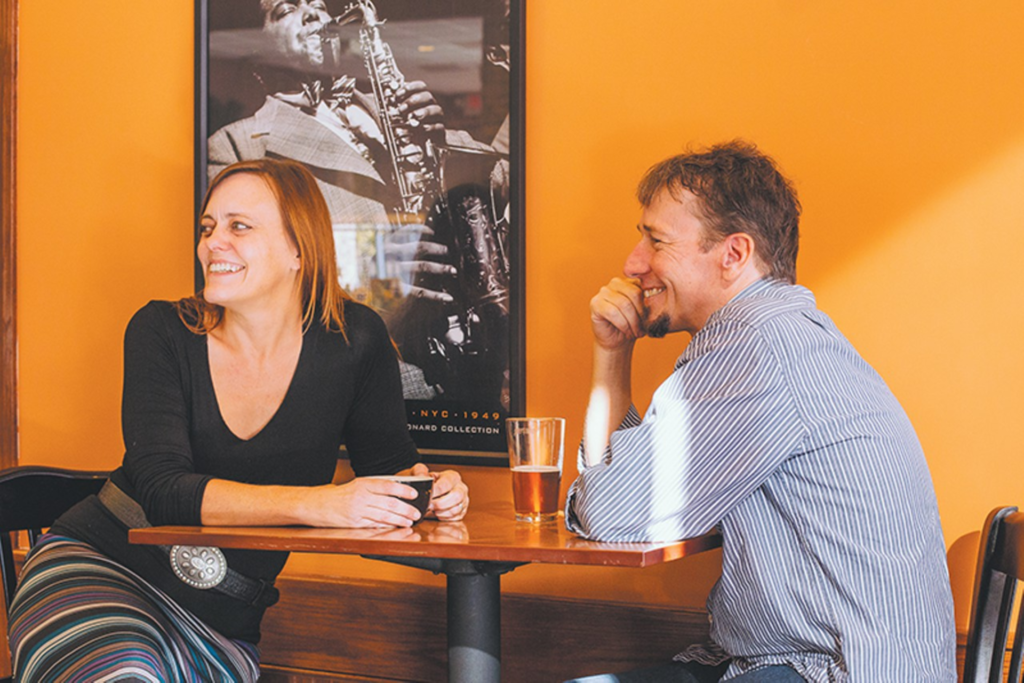 Take Five Coffee + Bar, which moved to the Corbin Park shopping center in Overland Park less than 10 months ago and quickly established itself as one of Kansas City’s premier jazz venues, is closing on August 15.

Co-owner Lori Chandler cites lack of foot traffic and structural issues with the property (6601 West 135th Street) as reasons for the closing. “We don’t have a choice,” she tells The Pitch. “There is no option to press forward.” 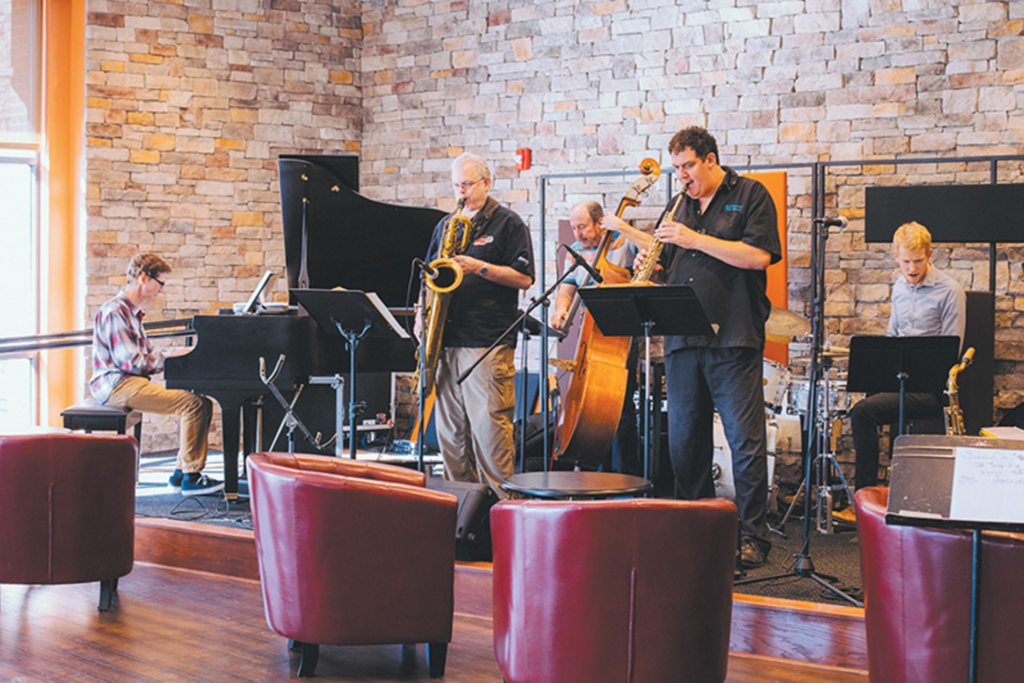 In 2010, Take Five was a small coffee shop at 151st Street and Nall where Chadler and co-owner Doug Chandler moved tables away from the front windows on Friday and Saturday nights to clear space for the jazz players they had started to book. Crowds grew, until just finding a place to stand and watch a show was something of a challenge.

Two years ago, the developers of Corbin Park, at 135th and Metcalf, approached the Chandlers, offering double their square footage along what was envisioned as a strip of entertainment establishments behind the shopping center’s signature Von Maur store.

“This had all the potential of being the next destination shopping center,” Lori Chandler says. “We had the opportunity to get a new facility designed from the ground up, with a complete kitchen. The sky was the limit.”

But today, Take Five is mostly surrounded by empty storefronts. “If you’re making money $5 to $10 at a time,” Lori Chandler explains, “you need lines. That never materialized.”

And if your business is partly about coffee, you also need daytime traffic. Lori Chandler says that Take Five did good business on weekend nights, even during typically slow winter months. Jazz fans and music students from nearby high schools filled the venue, and national names such as trumpeter Avishai Cohen were booking shows there. But weekdays, customers weren’t showing up, and the only new business to join the strip since Take Five was a dance studio.

That changed in June, but not for the better.

Late last month, the 220,000-square-foot sports superstore Scheels opened at the end of the strip. Chandler hoped the retailer would draw daytime crowds. But Scheels opened with a Starbucks in its lobby, and Take Five’s business declined.

About the same time, Lori Chandler says, Take Five suffered plumbing backups and other structural issues with its space. She recently posted photos to Facebook of construction workers handling large pipes, standing in holes cut into the floor that extended over their heads. The Chandlers say that this has led to “pending litigation,” and neither will comment further on the state of the building.

In a letter to Take Five’s staff and patrons, Chandler describes the closing as a “set break,” explaining that operating Take Five has been “six years of nonstop work.”

“We intend to reopen,” she tells me. “We do not know when that will be or where it will be. It will be based on a very careful location selection.”

Take Five’s Corbin Park iteration is going out with a bang. Mark Lowrey and the La Fonda All-Stars will be the final show, on August 15. Discussions are ongoing with musicians to stop by after Lowrey’s set and jam into the night.

We are very sad to have to make this announcement, but Take Five is going to be taking an indefinite “set break” (in other words, we’re closing our doors) effective August 15. When we signed the lease in December 2013 for our new location, we did so with all the excitement, hopes and expectations you could possibly imagine; a prime shopping center filling up quickly, and a brand new flagship sporting goods store on the way to bring even more people by our front door. We knew we were taking a risk being on the south side of the center – it was so hard to find we even had to call Google to get our map point fixed – but we knew we’d have more stores and more cars very soon. We designed the room from the ground up for acoustics and gave our musicians the stage they very richly deserved – and people came, and listened, and it was amazing. We continued our dedication to quality coffee and added a quality full menu to the mix; we hosted a rehearsal dinner, a wedding and three graduation parties in just 9 months. Fast forward to today, and those doorways next to us still aren’t full, and information about when they will be isn’t available. Additionally, two days before Scheels opened we found out they had a Starbucks in their lobby. The day they opened we had our second major plumbing backup, nearly closing us down on what should have been our biggest sales day in this location.

The plumbing issue is subject to ongoing legal action, so we can’t say much about that, other than we are very disappointed in the way it has been handled. We are even more disappointed that development on the south side of the shopping center hasn’t happened; a year and a half after signing the lease, there is one business currently under construction. We have tried to work this out with the developer to no avail, and coupled with the above-mentioned structural issues we simply have to admit it’s time to move on. Unfortunately, we don’t have anywhere to move TO (and no, we can’t go back to our old location), nor do we have the funds to do so quickly. We WILL be back, though, when the time – and most importantly the location – is right.

We would like to especially thank our families, without whom Take Five would not have been possible in the first place; our staff – who seriously are some of the best people on the planet; our customers who believed in us and followed us to our new location, and the ones who found us after we moved; and last but definitely not least the musicians who graced us with their talents every weekend. Thank you all for participating in the creation of a community unlike any other in this part of the city.
Because we respect our community, we aren’t leaving in the middle of the night. Some of you have gift cards you need to redeem, some of you may want to just come hang out and say “so long”, so we’re giving you our two weeks’ notice. It may be unconventional but that’s pretty much been us all along. So please – come by. Tip your baristas well, they’ve earned it. We’ll be having a Set Break Party on Saturday, August 15 hosted by Mark Lowrey and the La Fonda All Stars at 8pm. We’ll be closed after the party is over, whatever time that might be.

Thank you again to those that supported us, cheered us on, became regulars, brought others to be regulars, sat breathless in front of Trio M, Bobby Watson, Avishai Cohen and the immense talent of our Kansas City jazz scene. We are proud of what we accomplished, and there’s more to be done. We’re just Taking Five.