SXSW: The Fallout takes a nuanced look at an unfortunately evergreen subject

Writer-director Megan Park crafts a thoughtful drama about the aftermath of a school shooting. 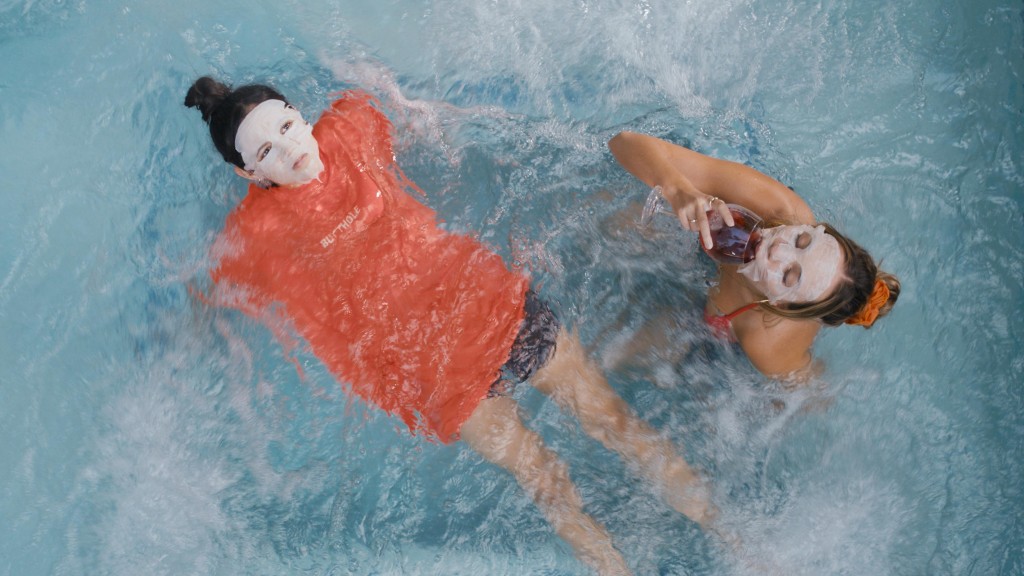 Sometimes a film is lucky enough to time up fortuitously with world events. Other times, it can land at precisely the wrong moment. Then there’s The Fallout, a movie that falls between all of the above. Unfortunately, in any given year, a mass shooting is bound to occur in America (there were, in fact, three between the time The Fallout premiered at SXSW and when this review was published). The Fallout, however, sits in a unique emotional position in its treatment of this subject, looking not at the event itself, but the experiences of people living in the aftermath. It’s one of the most beautiful, emotionally stunning films so far this year.

Vada (Jenna Ortega) is your average high school student. She doesn’t seem overly popular, but is happy with her place. She sings loud songs in the car with her best friend Nick (Will Ropp). She’s active in class and has a “too close for comfort” morning bathroom routine with her little sister Amelia (Lumi Pollack). One day, she gets an urgent text from Amelia: “911.” She calls her sister, realizes it’s not an emergency, and lightly chastises her. Making her way into a bathroom she spots popular girl Mia (Maddie Ziegler). Vada texts Nick that they should “go as influencers for Halloween” before complimenting Mia. It’s the last normal moment either of them will have. Seconds later there’s a pop, followed by another and another. Then the screaming starts. The two girls huddle on top of a toilet, unsure of the chaos outside.

Writer-director Megan Park is careful in how she crafts this scene, letting it escalate to a fever pitch until a third individual, Quinton (Niles Fitch), enters the stall and the situation becomes clear. Instead of showing the shooting itself, we have three relative strangers cramped together, hoping to survive. It’s a terrifying and visceral approach, and the following 80 minutes are just as tense. Park gives us a flurry of sensations and images that are hard to argue with, as characters process the events and resulting grief differently.

That emotional process is the heart of the film. For every speech and rally you see on TV, there’s someone holed up in their bedroom, crying uncontrollably, for reasons they can’t even articulate. When tackling events like a school shooting, it’s rare for films to enter this territory. More often than not, they choose sensationalism, rather than giving a topic the nuance it deserves. Park, on the other hand, constructs a character study that provides a unique and viewpoint on the damage done and those left behind.

As the days pass, Vada suffers from panic attacks, night terrors, general fear, and other signs of PTSD. The beauty in The Fallout is how Vada goes about repairing herself. It’s not direct, but comes about through experimentation and human interaction. She makes mistakes, but she’s a teenager who’s going through something unimaginable. The impression is that Vada needs help and is determined to try on her own. She’s a more logical character than most movies would give us.

Considering the enormity of its central tragedy, The Fallout keeps its cast relatively lean, focusing solely on characters within Vada’s orbit. Mom (Julie Bowen) wants to smother her daughter with affection but keeps a distance, worrying about it being too much. Dad (John Ortiz) trusts his daughter’s resilience, while admitting he doesn’t know the right response. Nick is proactive and starts a movement to pass legislation and fast response groups, feeling like his survival meant he was supposed to do something with his life.

The acting is largely what places The Fallout a notch above other films of its ilk, but it’s the minutiae and character beats that send it over the edge. All the teens are played by teens. They sound and act like teens. Ortega and Ziegler are both astounding as Vada and Mia, coming across as fully realized and complex. Ortega gives a star-making performance, funny, careful, muscular, and difficult.

The Fallout ends with a gut punch that at first might seem too simple and calculated. In reality, it’s a bold, cold and ingenious move, the only move that Park could honestly make. Some things in the world are inevitable.