SXSW: Power corrupts in The Spine of Night 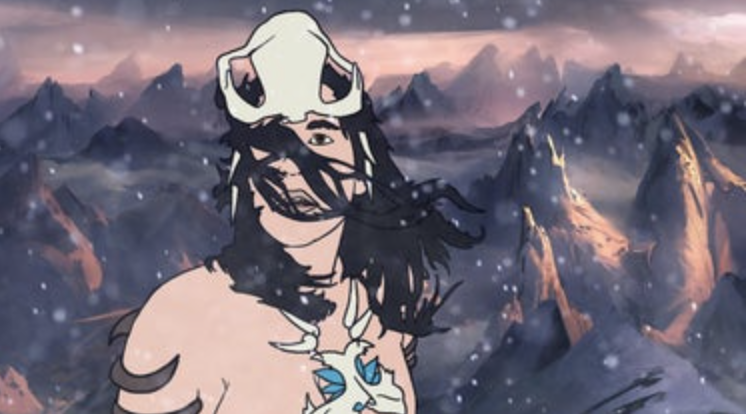 The Spine of Night, written and directed by Philip Gelatt and Morgan Galen King, blends fantasy and magic for its own creation myth, exploring the genesis of human suffering, corruption, and heroism. Its ultra-violent nature can be a bit much at times, but its core story is a fresh take on good versus evil.

The film’s narrative structure comes courtesy of priestess Tzod (Lucy Lawless), and The Guardian (Richard E. Grant), who trade stories about a magical flower that appears to be the root of human corruption and suffering. Their tales take us through centuries and across different eras and cultures, although it’s a bit difficult to keep track of how much time has passed. In each decade we meet new heroes willing to take on evil that stands in the way of progress. These snippets of heroism give the film it’s mythic quality. Though we only meet these characters for a short time, their common enemy unites them while also allowing us to care what happens to them, even if we never quite get to know them well.

The action is brutal and gory. If that’s your thing, then The Spine of Night has it tenfold. In that sense, it’s similar to this year’s Cryptozoo, which premiered at Sundance in January, and both feature similar animation-style and fight sequences. At times, The Spine of Night is too crowded, moving from one action set piece to another, with no room to take a breath and let a scene play out. This is in part because of the film’s anthology structure, getting us from one moment in time to the next.

Though “power corrupts” is a pretty standard lens for a parable, The Spine of Night’s main focus is on what’s best for the people of its world. One of the more powerful moments in the film features Tzod and The Guardian arguing over whether it’s better to keep humankind ignorant of how futile life can be. While an interesting sentiment, and certainly features some of the better action sequences, it might have hit a bit more if we got to spend more time with tangible characters.

The fantasy elements really heighten The Spine of Night’s ambition, making it a worthwhile watch. Even when it’s difficult to distinguish one century from the next, there’s still a recognizable grand scope to the story that promises adventure, death, redemption, and power.