Sundance Film Festival: Cryptozoo is no utopia, and it’s all the better for it

The animated feature for adults might not be for everybody, but those who stick with it are in for a treat. 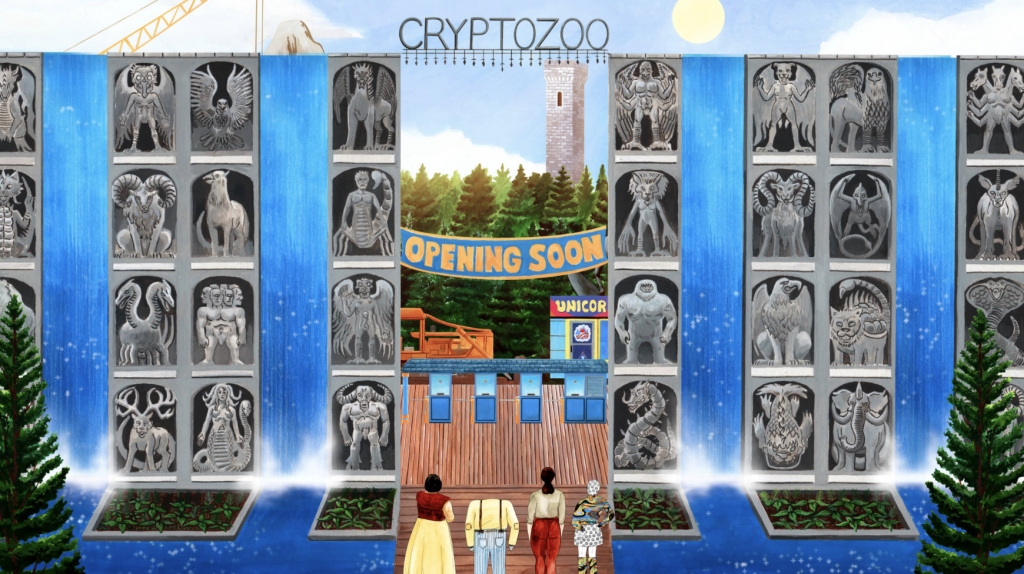 Cryptozoo’s cold open finds two stoners coming upon a large fence, beyond which lies a castle. Perhaps it’s utopia, one of them says, as they begin climbing the seemingly never-ending gate. Amber (Louisa Krause) replies, under her breath, “Utopias never work out.”

This is the underlying thesis throughout Cryptozoo, written and directed by Dash Shaw. Full of vibrant colors and fantastical creature elements, this animated feature for adults is a cross between Jurassic Park’s idealism and Indiana Jones’ adventure. Lauren Gray (Lake Bell) is a friend to cryptids (creatures whose existence is disputed or unsubstantiated), and on a mission to free all of them from captivity and hunters. Her love for them comes from her childhood when a baku, a pig/elephant type cryptid who steals away one’s nightmares, freed Lauren from her night terrors. Now the United States military is after the creature, so Lauren teams up with Phoebe (Angeliki Papoulia), a gorgon (think Medusa), to track down the baku and bring it to a sanctuary.

Lauren’s dream for the world to accept cryptids as misunderstood creatures is centered on the Cryptozoo, a “sanctuary” for cryptids to be with their kind and exist in peace. In reality, the cryptozoo is, well, a zoo. As she walks across the grounds with Phoebe the sanctuary looks more like an amusement park. Cryptids are in cages or comfortable exhibits behind glass while carnival rides and games make up the soundtrack to their new life.

Throughout the film, Lauren sticks to the company motto—the cryptozoo is a stepping stone to full equality, but each utterance is met with less and less enthusiasm, a credit to Bell’s voice work. One of Cryptozoo’s other strongest aspects is Papoulia’s Phoebe, who’s there to remind Lauren about the reality of the cryptozoo. It’s not what it seems, and even though Phoebe is employed by the zoo, her presence in the film strengthens the thematic elements of good intentions and utopic dreams.

Perhaps the only thing standing in the film’s way is the lack of any deep dive into who these cryptids are. Some of the cryptids depicted are easily recognizable, like the gorgon Phoebe,, but they’re mostly painted in broad strokes. The mythology of cryptids is really fascinating, and the film’s lack of exploration in that area is a disappointment.

It would be easy to call Cryptozoo cynical. Its crude humor runs alongside the inevitable fall of a believed utopia. However, Lauren’s good intentions mirror our own often good intentions in the real world. Hell bent on fixing the world one way, we fail to listen to the people who actually need our help. In that sense, Cryptozoo finds a hopeful outlook for the misjudged cryptids. In the words of Jurassic Park, life finds a way.