SXSW: Potato Dreams of America is an inventive queer tale that falls short of autobiographical greatness

A lackluster second half makes this indie film miss the mark. 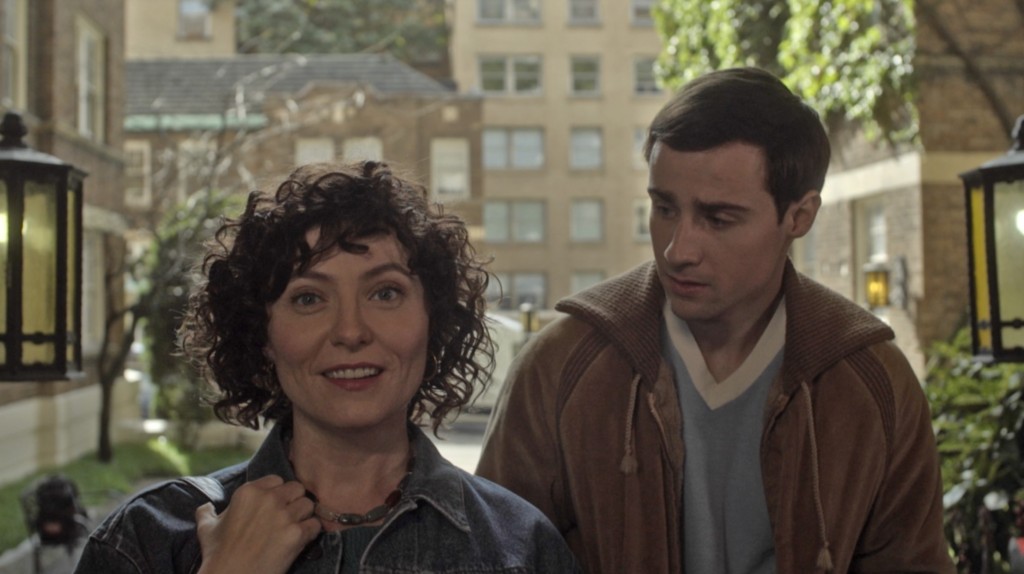 Truth is stranger than fiction, as the saying goes. That’s certainly the case in Potato Dreams of America, a largely autobiographical tale charting writer-director Wes Hurley’s journey from watching grainy American films as a little boy just beginning to recognize his queerness as the Iron Curtain falls to making his own very gay, very American movie as a grown-up. It’s an endearing romp with some ambitious stylistic choices which ultimately struggle to reconcile its pastiche and eventually stabs at pathos in a way that feels earned.

The film’s lack of cohesiveness can be attributed to the fact that Potato Dreams of America is composed of two different halves that feel like separate films. The first and better of the two concentrates on our protagonist’s childhood in Gorbachev-era Vladivostok. Like many of us, young Vasili (Hersh Powers), nicknamed Potato, copes with shitty circumstances by filtering them through a fictional lens. As his father beats his mother in front of him in the opening scene, Potato frames the family’s clunky TV with his fingers and imagines the whole scene as an elaborate song-and-dance number. There’s nothing he loves more than the bootleg American movies they coax onto the family’s static-y TV, even if his real-life often feels remarkably different.

“Our lives are like Russian movies, nothing good ever happens,” Potato complains, but ironically, his imagination renders his drab Soviet Union upbringing into something resembling a twisted American sitcom. These scenes are filmed on harshly lit sound stages, as the other characters react to the absurdist tragedy around them in deadpan American accents. His mother Lena (Sera Barbieri) toils away as a prison doctor, but her workplace looks more like a theater set than a grim USSR penitentiary. Potato’s stern grandmother (Orange is the New Black’s Lea DeLaria) negs Lena to find a man and cleave with tradition, as silhouetted Russian soldiers dance-fight in the background.

Potato Dreams of America works best in these early moments, with glib satire masking a poignant exploration of how young people recontextualize their trauma through the media around them, and how Western exports shape immigrants’ perspectives. Take the scene in which Potato realizes he may be different from his friends while watching a Jean-Claude Van Damme movie. Or when Christian missionaries descend upon newly formed Russia, and Potato’s conversion to Christianity is conveyed through his flamboyant new imaginary friend Jesus (Mean Girls’ Jonathan Bennett)? These darkly charming anecdotes feature relatable coming-of-age dilemmas, making the film’s sudden swing toward bland convention all the more jarring.

Like her son, Lena has also fallen in love with the rosy vision of America she’s seen on TV. So when she’s offered the opportunity, she applies to be a mail-order bride and secure the white picket fence life the pair of them have dreamed about for so long. Lena lands a placement in Seattle, so she and Potato bid farewell to the motherland and hello to the ‘90s.

Suddenly, Hurley takes us several years into the future, rendering everything unrecognizable. Gone are the stylized sets and wry humor, replaced by softer lighting, real sets and frank earnesty. The cast is different, too—older actors portray Potato (Tyler Bocock) and Lena (Marya Kaminski), and both now sport Russian accents. The change throws the pair’s alienation in their new country into stark relief, as Potato’s high school teacher insists he should be placed with the other “Russian” kids and Lena takes a fast food job because she hasn’t learned enough English to practice medicine.

These elements aside, it’s hard to shake the feeling that Potato Dreams of America drifts into frustratingly rote territory in its second half. The mother-son relationship still makes up the film’s heart, and it’s fun to watch Potato accept his gay identity with the help of Greg Arraki films, but his experiences devolve into a typical “it gets better” storyline that feels painfully bland (even if it mirrors truth). There’s also a late-in-the-game revelation about Lena’s new right-wing spouse (played by The Wonder Years’ Dan Lauria in a nod to the movie’s sitcom influences) that feels unearned and even troubling in its employment of tired queer tropes.

By the time Potato Dreams of America leaps forward into the future to show an adult Potato directing his own autobiography, Hurley has crafted a lovable gay coming-of-age tale with enough ambitious strokes to make it feel worth your time. While it’s a huge personal achievement for the director, it feels like it could’ve been something greater.