SXSW: Eco-terror marvel Gaia shows us why you never turn your back on Mother Earth 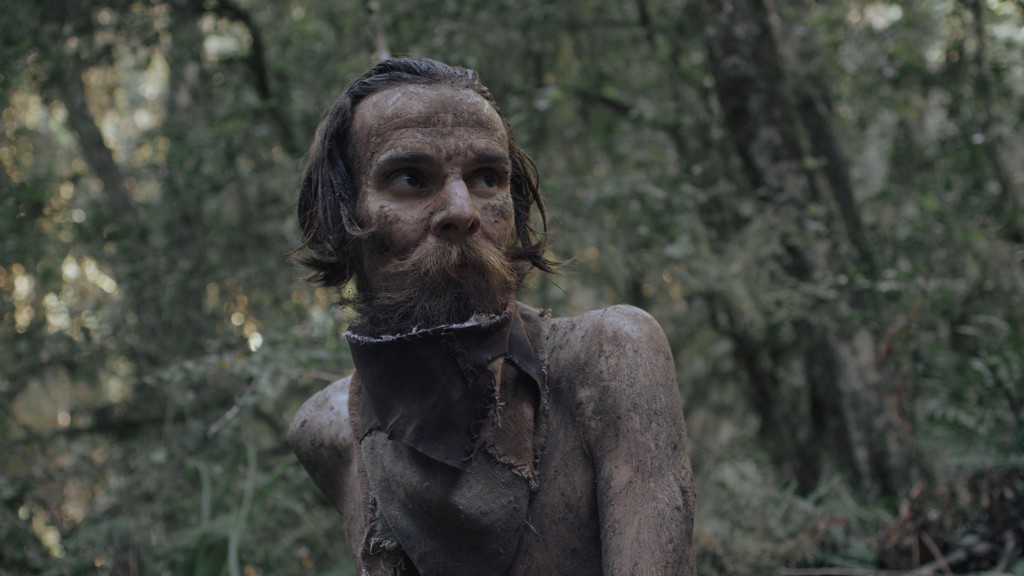 Carel Nel as Barend – Gaia (2021). A survivalist and his son turned their back on society. In an ancient forest, they live on top of a secret that will change the world forever. // Photo by Jorrie van der Walt

It’s often said that art, in its many forms, reflects the current state of the world. Joyful and prosperous times give way to broad comedies. When wars and upheaval rule the day, allegorical works show the dark heart of humanity. Case in point: the last several years have seen an uptick in eco-horror, as topics surrounding climate change are constantly in the news—and for good reason. Jaco Bouwer’s creepy Gaia is a stunning example of taking a fear that’s based in real-world and crafting a potent and enthralling take.

While on a routine surveillance expedition, South African park scout Gabi (Monique Rockman) and her boss, Winston (Anthony Oseyemi) lose a drone in the forest. While trying to recover the tech, Gabi is injured by a trap and stumbles upon Barend (Carel Nel) and his son, Stefan (Alex van Dyk). Disheveled, dirty, and wearing makeshift clothes, they initially appear to be survivalists. The truth is a bit more complicated. Years ago, Barend brought his dying wife back to the location of their honeymoon to be at peace. After her passing, he found something else, something deeper and more ancient among the trees.

Barend tells Gabi the world’s oldest and largest organism lives out here, one that’s been ripening and growing, ready to spread out, a supposed “god” or as he calls it in prayer: “Mother of creation and destruction.” The former scientist, a plant pathologist no less, has become a man of faith. Barend and Stefan’s devotion to their god is all-encompassing. They eat meat mixed with grubs and leave offerings as a sign of their servitude. Gabi’s “city views” and modern technology are an affront to the sanctity of the life they’ve found. Not everything is rosy though. Stay too long in the woods, and this “god” might leave its mark on you, literally. Gabi begins to find fungal growths protruding through her skin. Worse yet, terrifying mushroom-plant people strike in the middle of the night, ones whose design recalls Sony’s The Last of Us games.

Gaia is smart in how it plays within the confines of its budget, using a small cast and limited locations, and with nature as the main backdrop. In the process, this allows Bouwer more room to play with special effects and world-building. Within the first several minutes, the film creates a hallucinatory vision of nature; spores dance and float from one mushroom to the next, and red lights bathe the night hours in a foreboding dread. Jorrie van der Walt’s cinematography is visual poetry. Even those who might take umbrage with the overall pace (it’s patient, rather than slow) can’t argue with how gorgeous it all looks. Every visual component (photography, production & art design, and creature design) is immaculate and allows for almost unfettered immersion.

Should there be an area that may turn some viewers off, it’s one based on expectation vs reality. Monsters do haunt these woods, but they aren’t the main focus, which could potentially disappoint some horror fans expecting more action. Instead, Gaia uses genre trappings to enhance its mythology, while also implying there’s much more to the story than what we get. The lack of concrete explanation allows terror to lurk around every corner. Tertius Kapp’s script might be light on dialogue, but it carefully crafts a complex world with many secrets.

The potent mix of surreal fantasy and a grounded setting makes Gaia a visceral experience, not in terms of bloodshed per se, though that does play a part in the proceedings. Rather, this is a movie you feel deep inside your bones. It’s thick, muddy, fluid, and slimy. There’s genuine joy and fear in watching mushrooms grow out of nothing. When the trees shift and the vines start to entwine, it can feel as if the walls are closing in. That’s where this film dwells and takes root. Deep from within the earth, casting an intoxicating spell as it rolls along. This is assured genre filmmaking at its finest.