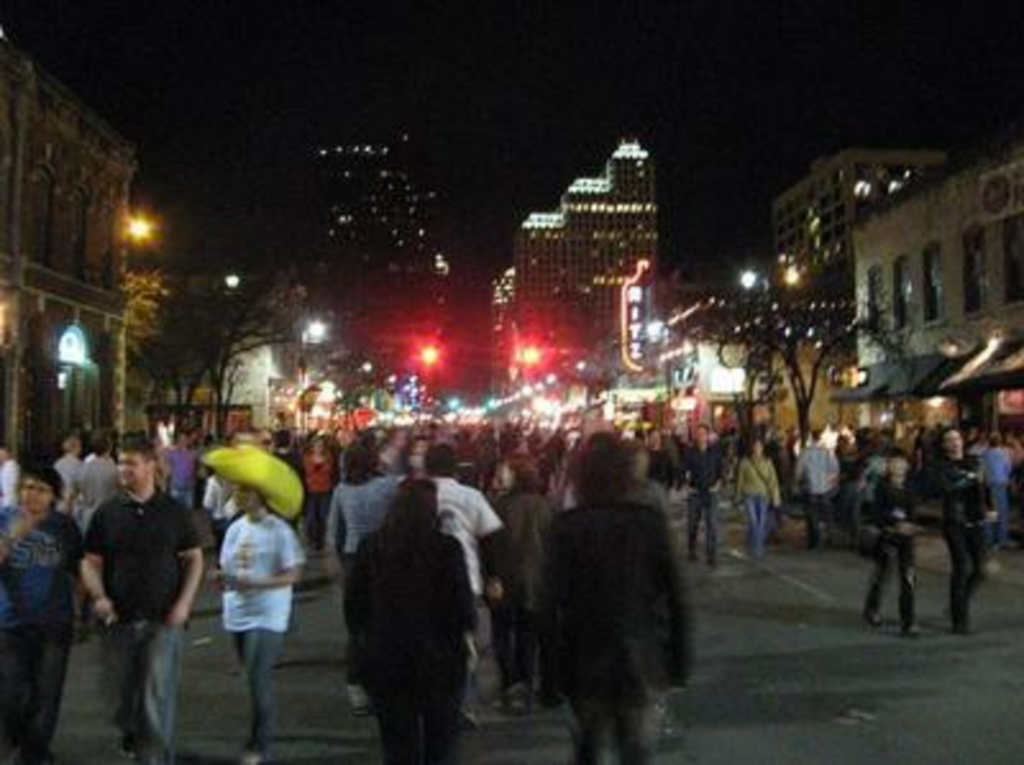 First of all, the changes to Austin since last year’s SXSW: more fusion restaurants downtown.

Second of all, Van Morrison.

Like a god descending from the unquiet volcano in a symphony by Holst, Van the man came onto the stage at La Zona Rosa yesterday at 7, an earth-shaking, larger-than-life, trident-bearing, spark-huffing music legend playing in a festival that’s characterized by giving stage time to more indie rock bands than anyone could possibly care to know about. Clad in shades and an outdoorsy fedora, Van led the dozen or so musicians in his backup band through just over an hour’s worth of smooth rhythm and blues, occasionally blowing solos himself on his alto sax or strumming a ukulele. This being Texas, I expected Van to play more country cuts from his latest album, 2006’s Pay the Devil, but he only did one, “There Stands the Glass” by Webb Pierce.

Not having paid close attention to what Van’s been up to, oh, the past couple decades, I didn’t recognize any of the other songs, many of which were probably off his upcoming one, Keep It Simple, due out in April. I did notice that Van chose not to throw out any crowd pleasers, nothing from his landmark albums like Moondance or Astral Weeks. Which was too bad, but you kind of expect that nowadays from the greats, especially at an hourlong show at a festival.

Instead, the set was cool and jammy, with tons of solos from the band and with Van not working his famous ululating-scatty-improv muscles until later in the program, by which time you had begun to notice how little the man had sung up to that point.The good news was his voice sounds perfectly preserved, like a honey-dipped saxophone reed. He ended the show by riffing around the phrase “behind the ritual lies the spiritual” (which rhymes when Van churdles it out) and backed off stage between the drummer and a backup singer. The band got really loud, pounding out the last few gospel choruses, a voice off stage shouted Van Morrison!! Van Morrison!! and that was it.

I grabbed a bratwurst and headed to an upstairs lounge on 6th where a horde of KC musicians had gathered, including members of the Architects and the Republic Tigers, plus some Kansas Citians representing the self-described West Bottoms Collective (they have a MySpace blog, but you’ll have to befriend them to read it).

Tigers frontman Kenn Jankowski and his boss and savior, Chop Shop Records founder Alexandra Patsavas, better known as The Woman Who Did the Music for The OC, were there to support the second (after the Tigers) Chop Shop signee, an Asian-American songbird named Jade McNelis, who played keys while sitting on an instrument case and sang in a warble that sounded a lot like Emma Pollock from the Delgados. 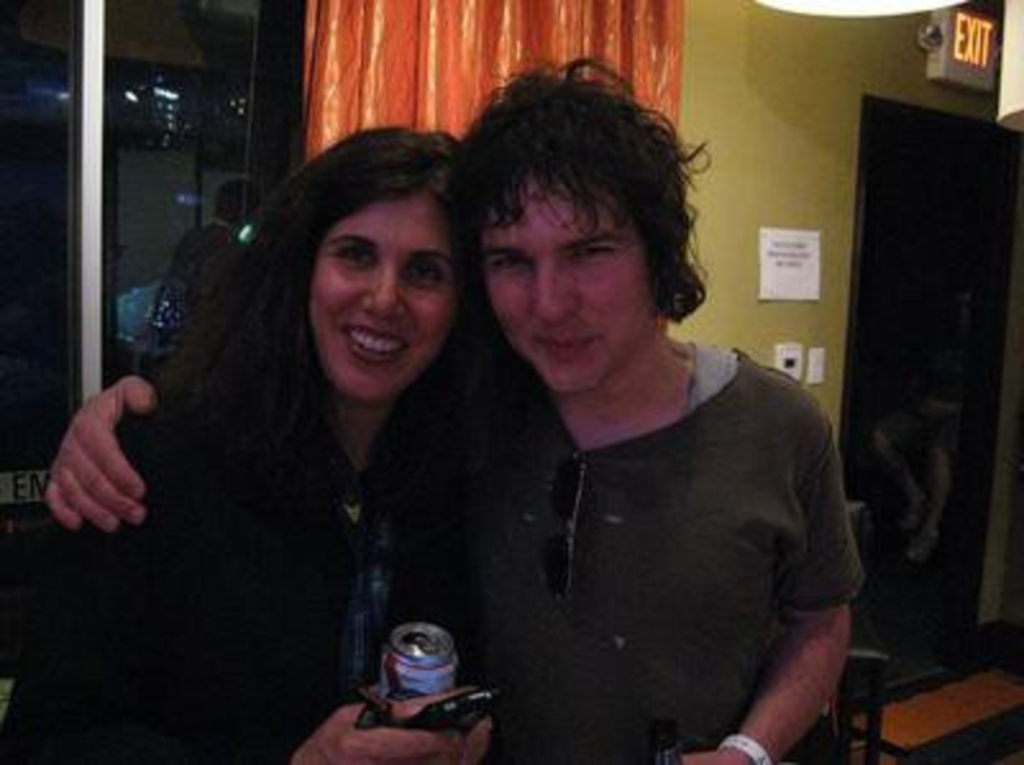 The next act I caught was Cut Copy, a group of New Order-loving Aussies who make heavy use of backing tracks in dishing out their catchy electro-dance rock. The show, which was at dark, yuppie Karma Lounge, was a lot like the video for the band’s new single, shitty T-shirt and all.

I’m a fan of the group’s recordings — they’re a cut (wuh-huh) above the work of just about any synth-pop band out there in terms of songwriting and hooks, but, man, do they need to work on the stage show (i.e., get a live drummer).

I wandered around the streets for the last hour the bars were open and ran into Tech N9ne and his posse outside a hip-hop club that was at capacity and not letting anyone in, even if they were Kansas City’s most famous rapper, and even if they were smiling real big while flashing a laminate. 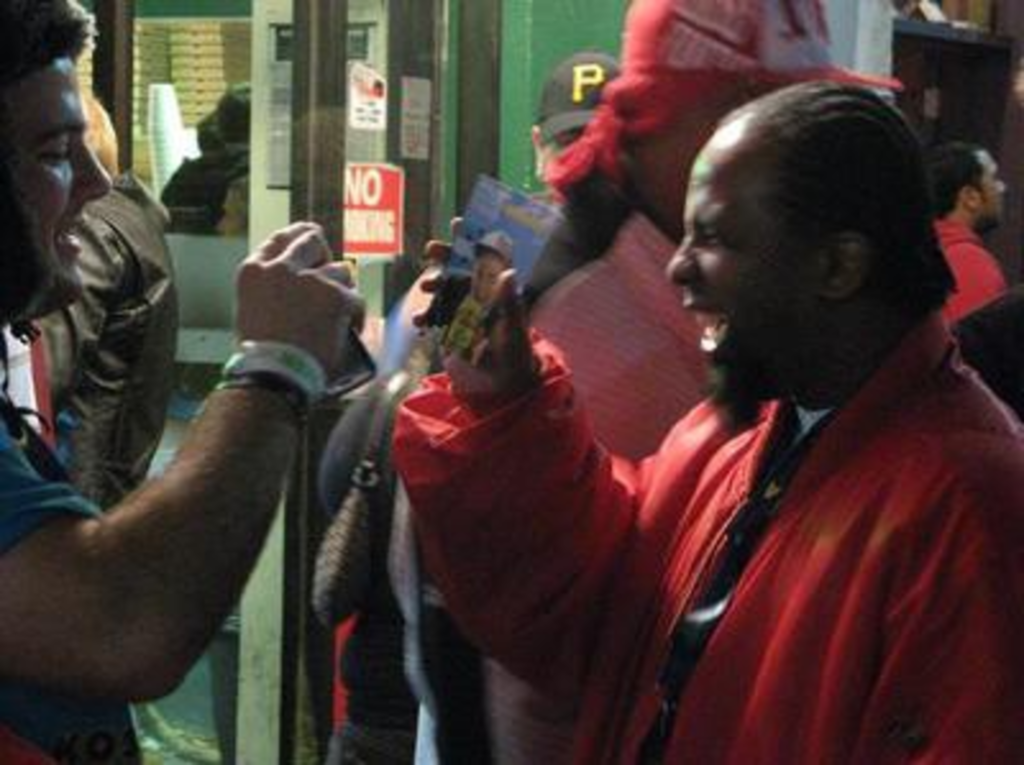 Tech, along with sidekicks Cutt Calhoun and Big Krizz Kalico, plus Strange Music president Travis O’Guin and five or six other dudes, took it in stride and went to get pizza. No individdy slices for these hombres; Tech and Travis bought two entire pizzas. They mosied down the middle of 6th for a block then walked up to the front of a hotel, set their pizza boxes on the back of a car, and chowed like hungry bison. I was pretty loaded, so I stood there and took a bunch of pictures, refusing pizza when offered by Tech (my stomach was working on the second bratwurst of the evening). They probably thought I was a total fucking weirdo. 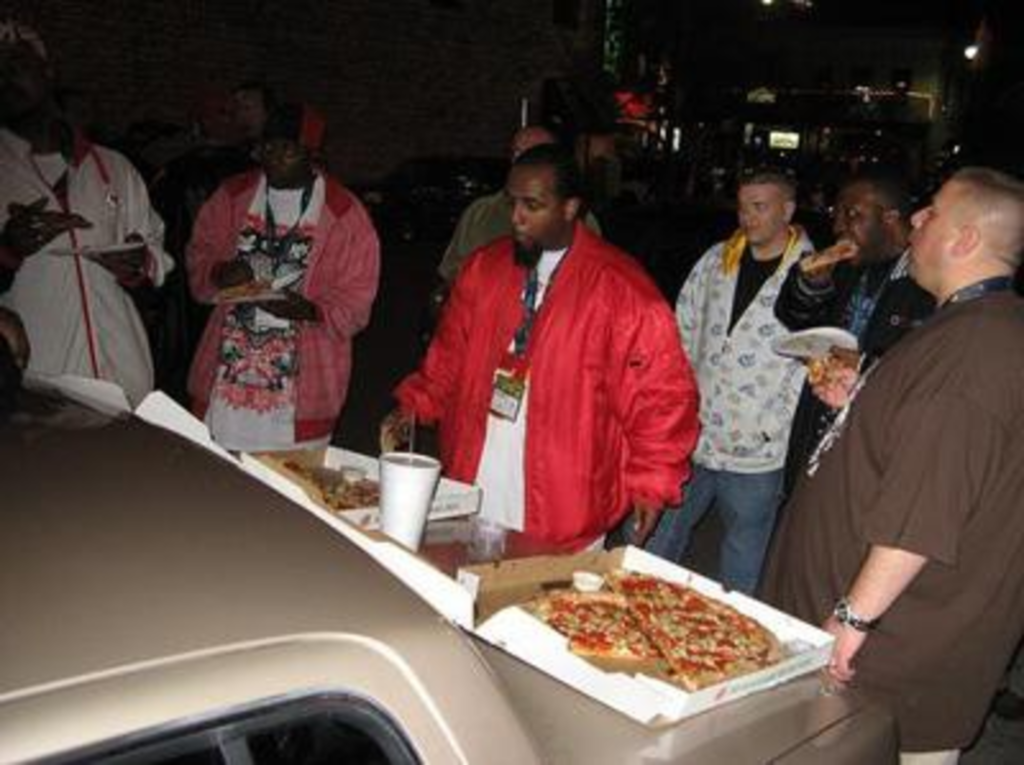