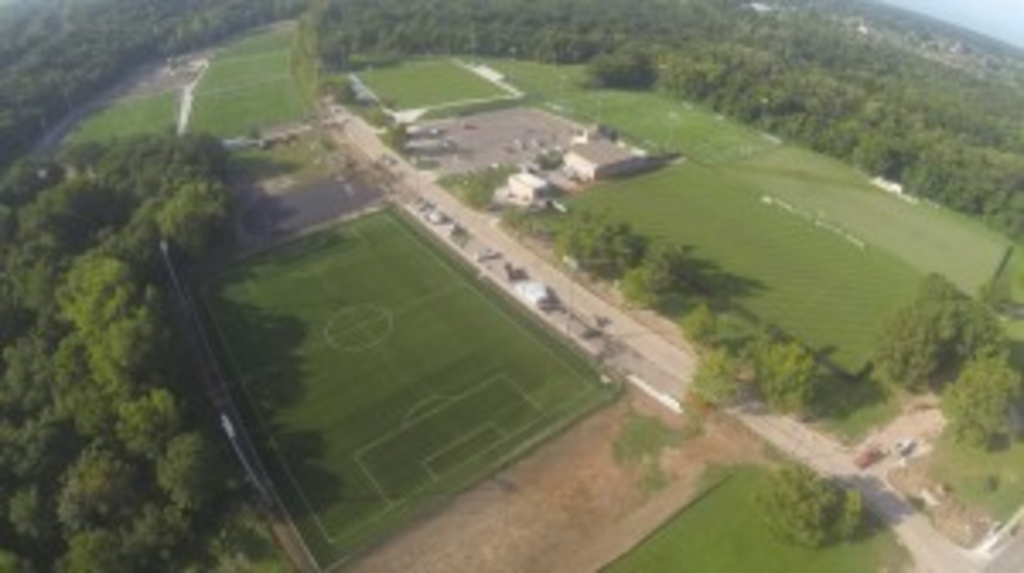 Swope Soccer Village is back in the news this week. Various media outlets are preceding Friday afternoon’s dedication of the Swope Park soccer complex with stories about how the project is another way for Kansas City to claim that it’s the soccer capital of the United States.

What today’s dedication probably won’t mention is how a nearby neighborhood got worked over in order to make high-priced soccer fields a reality in Kansas City. What’s more, that same neighborhood remains on the business end of unfulfilled promises.

It’s great that Kansas City has soccer fields to call its own after watching places like Overland Park capitalize on soccer’s popularity among youngsters in the Midwest.

But the way Kansas City tried to finance the project was one of the more obvious caught-with-the-hand-in-the-cookie-jar moments for city leaders in recent history. And The Pitch has learned that some concessions made by city leaders to pacify Swope Ridge neighborhood residents last year are not likely to happen anytime soon.

A trip down memory lane: The money for the soccer complex came from a tax-increment financing district that was created in the early 1990s to build a business park for DST Systems and a few other companies. TIF is an often-used development tool that accumulates taxes over time that would otherwise go to the city, the county, school districts and libraries, and sets them aside for developers to use to decrease their own costs on projects.

The Winchester TIF was passed in 1991. Developments are supposed to call on taxpayer subsidies to fix occurrences of blight with the thinking that the private sector would blanch at the prospect of fixing blight entirely on their own dime. So the city back then declared that the Swope Ridge was blighted in part because there were no sanitary sewers there; most residents flush their toilets into septic tanks. Part of the tax money accumulating to benefit the developers of the business park was supposed to be used to build sewer lines in the neighborhood to fix the blight.

Fast-forward to 2012: Many of the projects in the Winchester TIF had long been completed, but the TIF district amassed $11 million worth of unused taxes. Kansas City leaders, namely 5th District Councilwoman Cindy Circo, saw that money sitting around and thought it was a good idea to use it to build soccer fields, some of which would serve as refurbished training grounds for Sporting Kansas City, a soccer club owned by some of Kansas City’s wealthiest men.

Part of the reason so much money had built up was because the neighborhood sewer lines never got built. A big chunk of the money pooling up in that TIF account was supposed to go to the Raytown School District if it wasn’t used on the DST project. School officials raised a stink about their $4 million being used for soccer fields that had no benefit to them. Swope Ridge residents were surprised, too. They were wondering when they were going to get their sanitary sewers.

Kansas City backed down to Raytown officials and let them have their $4 million back, but proceeded with the city’s and Jackson County’s share. To calm Swope Ridge down, the city and the Tax Increment Financing Commission promised that among other things, it would use some of the TIF money to rebuild Bennington Road, a frequently used roadway for residents that wasn’t wide enough for two cars to pass safely.

But it turns out that there isn’t enough money left to do that work. It was supposed to be done this fall, but The Pitch has confirmed that the TIF Commission didn’t set aside enough money to even begin road work.

“It appears that the amount of funds set aside in the settlement are not sufficient to cover the actual cost of the design and construction,” says TIF Commission executive director Heather Brown in an e-mail to The Pitch, “so we are working on other funding sources.”

Most of the residents still don’t have sewers, either, meaning that the reason TIF was passed there 23 years ago remains unfixed today.