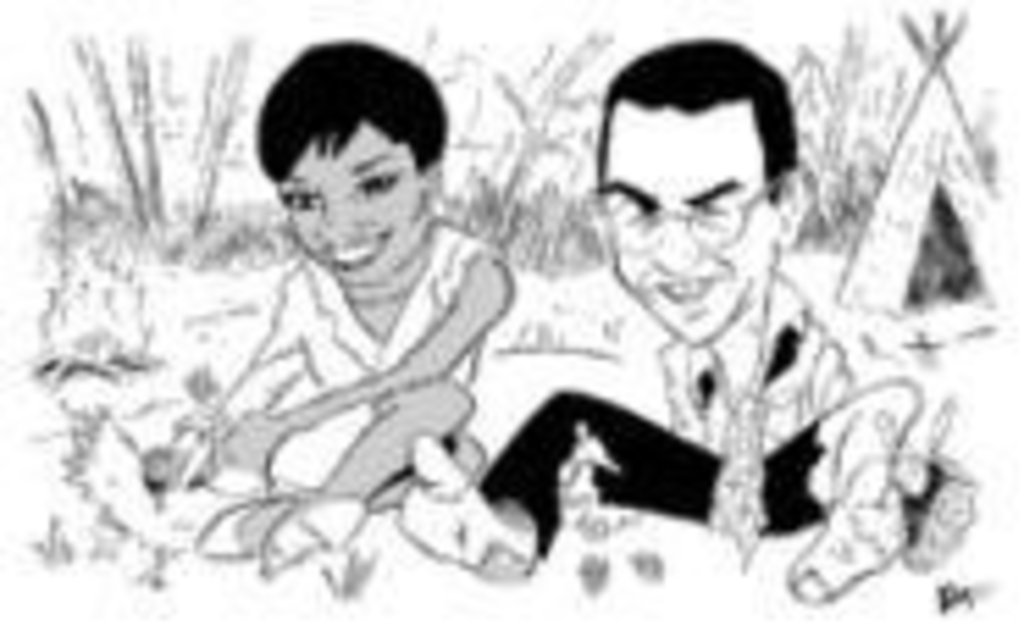 When does a game show with 16 exhibitionists competing for supremacy on an uninhabited island become newsworthy?

When it brings in big ratings.

That’s what has happened with the CBS ratings savior Survivor, which has become as much a part of the news this summer as exorbitant gas prices and the John E. Robinson murder case.

The glorified game show airs for an hour on Wednesday nights and follows contestants as they fight for “survival” while being hunted by camera operators, haunted by a melodramatic game show host, and hassled by their fellow castaways. On each episode, the contestants vote to banish one of their own from the island. The last one left wins $1 million. Since the show debuted May 31, it has become the highest-rated summer series ever — thanks in part to the fact that it’s been surrounded by hype the likes of which CBS hasn’t seen since 1980, when Dallas revealed who shot J.R.

Much of that hype has been generated by both the network news department and local affiliates. CBS News has been using its Early Show as a Survivor promotional vehicle, airing previews, recaps, and weekly interviews with defeated castaways.

Seems like adequate coverage for something that’s not even news, but in the two months since the show’s debut, KCTV Channel 5’s coverage also has been expansive, including a report on contestants’ having to eat beetle larvae, live remotes from a local radio station Survivor contest, miscellaneous updates and previews, and, like the Early Show, an interview with each week’s loser on Thursday’s noon newscast. According to the station’s Web site (www.kctv5.com) — to which viewers are often referred for more Survivor information — viewers have six chances between Tuesday night and Thursday afternoon to catch something Survivor-related on a newscast.

The intensity of the coverage has generated complaints that it’s just shameless promotion masquerading as news. One Channel 5 viewer put it this way in a post to the station’s Web discussion board: “This is not news, KCTV 5. Survivor is a television show. It is not real. It is not worthy of an update on the 10:00 news. If we really needed our ‘update,’ I’m sure we could tune in to Entertainment Tonight, or something of that genre.”

Channel 5 assistant news director Pam Watson explains that the station’s interest in Survivor was sparked by one contestant: B.B. Andersen, a retired Mission Hills contractor. (Mercifully, Andersen was voted off on the second episode; otherwise, we may have had to endure even more Survivor coverage with an actual local angle.) The station did one interview with Andersen, who watched his televised expulsion with anchor Russel Kinsaul, and Andersen might show up on Channel 5 to watch the season finale on August 23.

But the only continuing coverage of the game show KCTV has planned will be the noon interviews, Watson says. “When they offered us the interviews for the Thursday noon news, it was before the show aired and we didn’t have any idea what the interest would be like.” Watson says Channel 5 decided to take CBS up on its offer and cancel the arrangement if the show was a dud. But it turned out to be more popular than expected, so the interviews continue. “It’s a perfect match for the noon show,” she says. “They’ve had a long history of doing some sort of long interview in the last segment. That’s just their thing. And this works because people are interested, and it’s fun to listen to the person who gets kicked off.”

While the Survivor updates still show up during the newscasts, Watson explains that many of them are spots paid for by a sponsor and air in the midst of commercials — not as part of the newscast itself. “That could be confusing because they appear during a commercial break during the newscast, but that’s actually not news time…. That’s the sales department trying to make extra money on Survivor.”

In a way, those paid spots — which show episode highlights — are a public service to those who don’t want to sit through the drawn-out drama of an hourlong show just to find out who’s winning, but it’s easy for viewers to confuse them with news coverage, given that they’re narrated by the anchors. Watson says viewers can tell that it’s not the news when the sponsor’s logo shows up at the end. However, something’s wrong when viewers can’t tell the difference between paid advertisements and news segments.

Apparently, the union that represents Channel 5’s on-air talent agrees. According to a July 15 Kansas City Star article written by Aaron Barnhart, the American Federation of Television and Radio Artists has filed a formal complaint against the station for using news employees in its Survivor segments, arguing that such segments have damaged the employees’ reputations. Watson says she had been unaware of the complaint until late last week and referred calls on the matter to General Manager John Rose, who was unavailable for comment.

Before she was informed of the complaint, however, Watson defended the station’s news coverage of Survivor in this way: “We’re not ignoring any news for it,” she said. “If it’s on our air at all, it’s way after all the news and weather, or it’s usually just in our little chat time…. We do well over 60 hours a week of news and probably devote under 10 minutes of it to Survivor. But the people who don’t like the show don’t want to see it on the news. People who are calling hate the show and are oversaturated with it, and, you know, I don’t blame them. You turn on the TV; it’s everywhere — not just on our network. I get callers who tell me no other station does it. Well, I’m sorry, but did you not see the two-part behind-the-scenes of Who Wants to be a Millionaire that Channel 9 aired? Or when KSHB went behind the scenes at ER?”

Watson does have a point. WDAF Channel 4 once did a piece on how Ally McBeal was affecting female law students, and immediately following the series finale of Beverly Hills 90210, the station aired a feature on a local woman who “grew up” with 90210, in which she talked at length about how her life paralleled the show’s characters’ (in no other way than that she was the same age). KMBC’s Who Wants to be a Millionaire-related coverage was not quite its worst — that came when Bobby Simone, a character on NYPD Blue, died and the channel aired a segment on heart transplants that began with the anchor delivering with a serious tone, “Tonight, Bobby Simone died from an infection following a heart transplant” — as though Simone had been a real person.

“Everybody at some time or another does try to take advantage of those popular programs that are in their prime time,” Watson says. “Everybody does it.”

But does that make it right? For some real news, next season let’s ship off Tracy Townsend and Wendall Anschutz to report live as they participate as Survivor cast members themselves. Sadly, it’s not that hard to imagine.