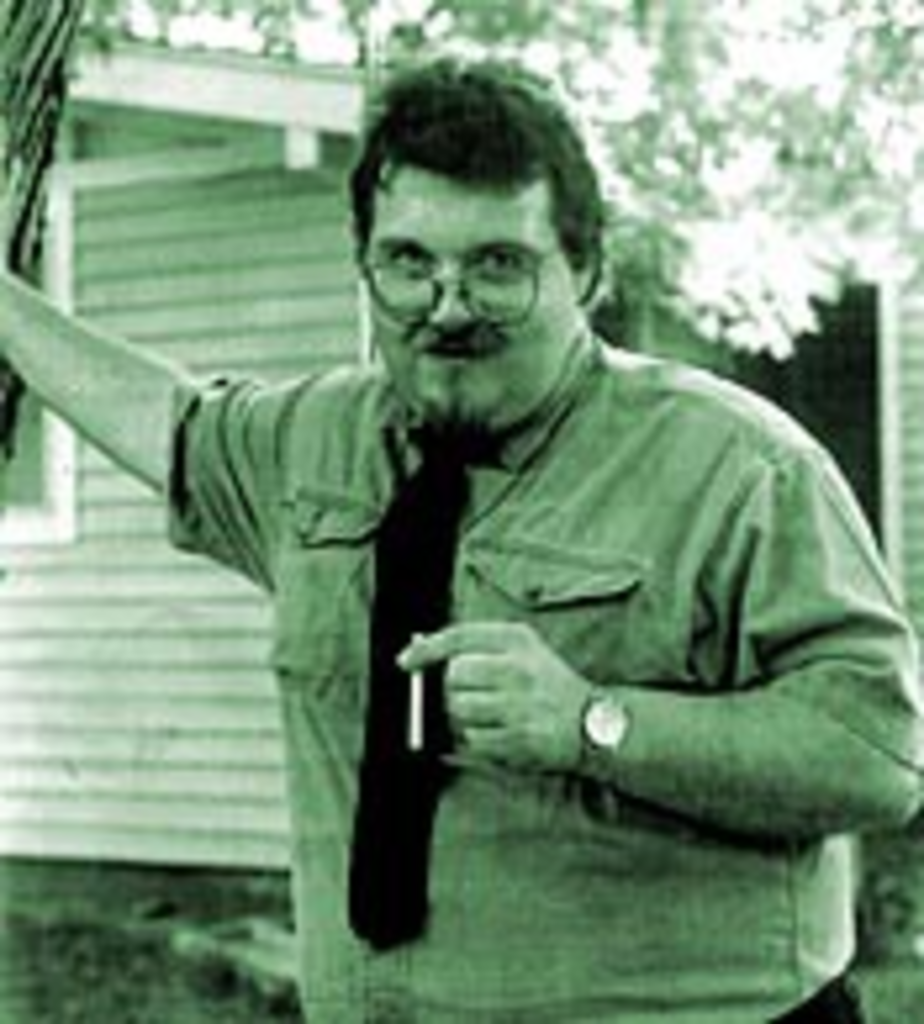 The background noise coming over the phone, as well as the pauses by Dean Boese, are both due to the someteenth-odd time Big Daddy has played on the Boeses’ TV screen. After all, this is a house where comedy not only is appreciated but also helps pay the bills.

Boese is a Kansas City comedian who, although fairly new to the scene (he did his first stand-up routine in ’97 at Stanford’s), is now a familiar funny face around town. “I’d been talking my entire life, saying that someday I’d get up on the Stanford’s stage and do stand-up on open-mic night,” says the 31-year-old single father. “My girlfriend at the time got sick of me just talking about it, so she gave me a deadline, and if I missed it she said I would be cut off from talking about it ever again.” So Boese stepped timidly to the stage, and when the audience responded, the rush he felt was all it took for him to be hooked. “There’s not a drug I’m addicted to — except maybe the nicotine in my cigarettes — but I’m addicted to stand-up.”

After losing his stand-up virginity, he started having one-night stand-ups “three, five nights a week.” Boese and his funny friends are constantly thinking comedy, going so far as the lake in Gardner, Kansas, for what they call the Caribbean Beach Party — a party for drinking, eating, and brainstorming. “We light some tiki torches, we drink some Jamaican ginger beer and rum drinks, we listen to some Bob Marley and Jimmy Buffet, because it’s as close to the Caribbean as we can afford to get right now. But we cook some pig, you know. It’s a good time. And of course that kind of a scene brings the whole Survivor thing to mind.”

That’s how the idea got planted: a Survivor-like spin-off featuring Kansas City comedians traveling from local bar to local bar doing their routines; each night the audience would deliver the coup de grâce, eliminating someone from the game. True, The Comedy Survivor Tour might be suggestive of this election year, as one clown after another is axed until one bozo and his vice bozo hold the coveted prize — but these comedians are trying to be clowns.

The tour kicks off at Davey’s Uptown on August 16 and will continue through August 29, hitting nine local bars. Davey’s, known for its pool tables and live music, has never hosted a comedy event (not counting the number of failed attempts by now-nonexistent local bands). But that’s all part of Boese’s plan. “I picked the nine worst bars that a comedian could perform in,” he says. Boese explains that performing comedy in a bar is a lot different than in a comedy club, because not everyone in a bar has paid to see comedy.

And Boese picked bars with regular crowds because, he says, the regulars will be the toughest on the comedians. “A lot of times in a bar you’ll have two different crowds. You’ll have the crowd that has paid to see you, and the crowd who had no idea you were coming and didn’t care you were coming, and they are gathered around the bar, not paying attention, and they’re not gonna pay attention. These are the people who are going to tell you to shut up no matter how good your show is going.”

So Kansas City’s “Tribal Council” will be made up of stool-pigeons at each drinking oasis.

As emcee each night of the tour, Boese plans to make the audience laugh by poking fun at himself, his insecurities, and the crowd. Performing comedy is how he releases his anger. For example, Boese is a smoker, and he likes to turn the tables and make the nonsmokers the annoying ones. “People will come up to me and say, ‘You better stop smoking or you’ll get cancer.’ Well, you haven’t seen me, but I’ll tell you, I weigh every bit of 280-some pounds. Take a look at me, I’m a fat guy. Cancer to me is a weight-loss program that works! Not to mention, if I get cancer I can have unprotected sex again. I ain’t worried about AIDS — I have cancer; the race is on!”

But in this race, thankfully, there’s no immunity tiki.

The director, writer, and star of horror film I Am Lisa on how the film together ahead of Thursday's Boulevard Drive-In premiere