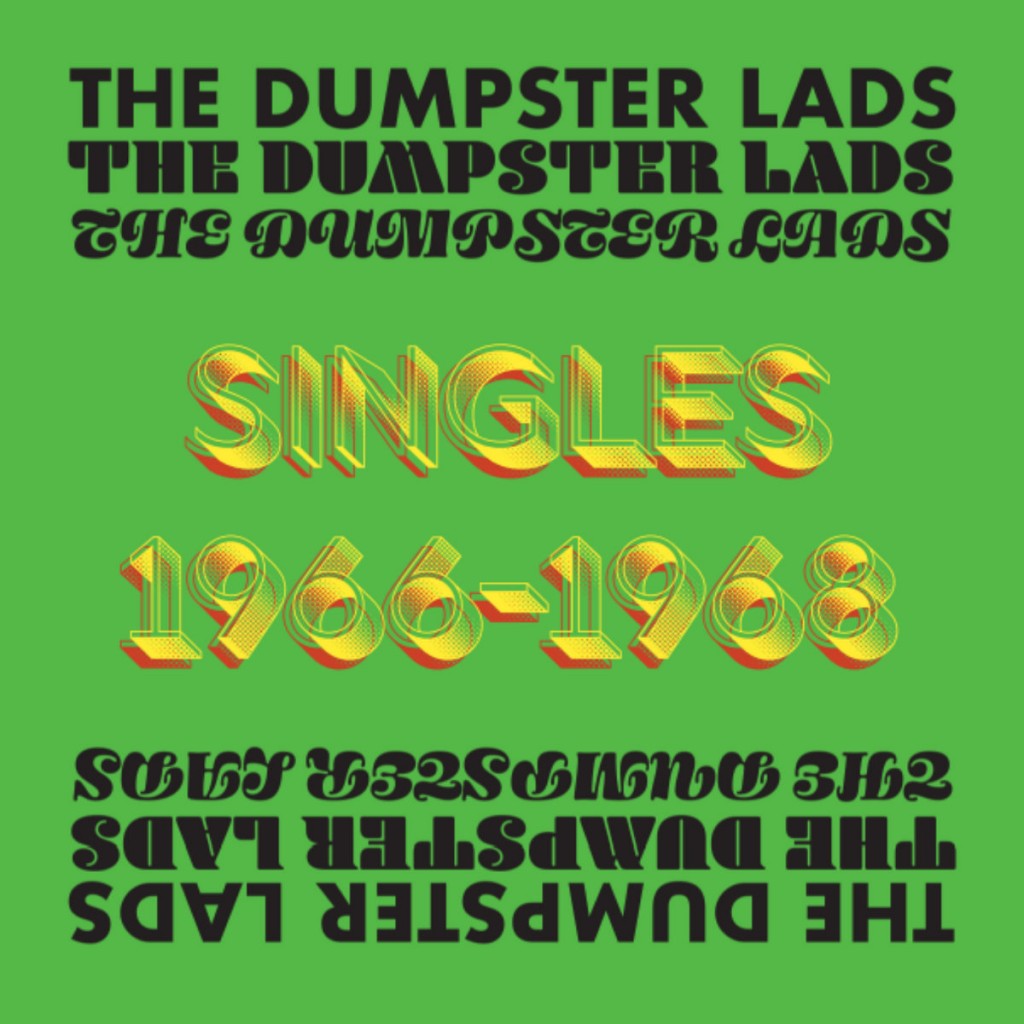 One might ask why we’re reviewing this collection of singles from a long-forgotten instrumental garage five-piece from Sparta, Minnesota, given that they’re so far from our environs. It’s yet another fantastic release from the vault of Quilt Records, those fine folks who have brought us the likes of epic tympanist Mrs. Helen Marf, lounge organist Hempal Goozer III, and the “spirited, lazy blues” of pianist Jumbo Puny O’Dainty, among many others.

These long-lost singles and unreleased tracks were originally sought out by the man with the golden ears, Quilt Records’ president, Clancy Snarrup, back in the ’60s and ’70s, and it’s nice to see that the label wasn’t all easy listening. These cuts are wonderful slices of organ-infused surf rock, although it’s likely that the closest the Dumpster Lads — Ralph Krusmetski on guitar, Karl Gringphoffer on electric bass guitar, Cornelius Foot on organ, Patrick Jax on drums, and Petey Hovis on bassoon (and bird calls) — ever came to hanging ten was giving two high fives along the shores of Lake Superior.

Be it the bird-calls which accent “The Quail,” or the crazed laughter crying out in “The Madman of Bemidji,” or the liquid reverb which echoes through “Hawg-Tied in the High Tide,” these songs reflect an era where even a bunch of fine Minnesotans weren’t afraid to get a little raucous on their recordings. Each and every one of these ten cuts will send you twisting and turning to the dance floor, as they did over 50 years ago.

Thanks to the discovery of these tracks in the Hovis family’s barn, where they were saved from “several harsh winters and blazingly hot summers, two floods, and four shootouts on the property” by being buried under a stack of hay and old clothes, these tracks have been lovingly restored and made available to an unsuspecting public.

This is all, of course, complete hogwash, and the recordings are the brainchild of prolific Kansas City musician Jason Beers, who you might know from his work in the Brannock Device, Dead Voices, and occasional performances with Freight Train Rabbit Killer. Additionally, he’s a handy banjo player, and maybe the only person I’ve met to test saws at the hardware store for their musicality. Hank Tilbury and Jeremy Schutte also contributed to this release, and it’s damned fine music, even when divorced from the crazed story spun above.