Sundays Are for Mofos 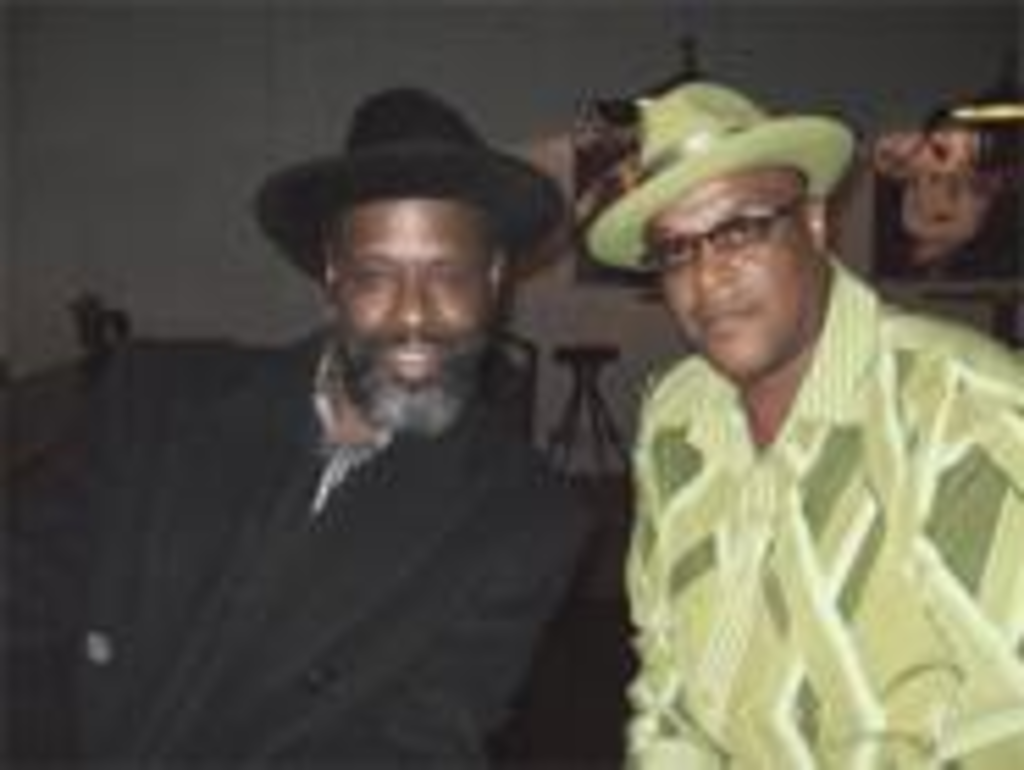 In some circles, Sunday is a day of rest, and we hope by “rest” they mean “a whole day to drink before facing the drudgery of another workweek.” If that’s wrong, we don’t want to be right.

So you can imagine our indignation when we heard that the killjoys at liquor control were determined to quash what few drinking options exist on the seventh day. They’ve decided to again enforce a law stating that bars with Sunday licenses must prove that half their gross annual sales come from food. As a result of this clampdown, a spate of places have been forced to close on Sundays. Uh, can you say creative bookkeeping?

Thankfully, one Sunday night event has remained unscathed by these assholic laws. On a recent Sunday, we headed over to Body Works Phase II at 86th Street and Troost with a group of Research Assistants for a Step & Slide showcase. For a $10 cover, we were immersed in a world of line dancing and two-stepping, a special performance by singer “Da Hype” and, best of all, a buffet dinner that included a tasty array of fried chicken, pasta salad, turkey cold cuts, fruit and cake.

Body Works is easy to locate — just look for the massive sand-colored building with “Phase II” emblazoned on the side in cursive. As we waited in line, we skimmed the long list of rules: Everyone must be over 25, guys must wear collared shirts, and there are no work jeans allowed. Upon entering the place, we discovered that its security measures were probably more stringent than those at KCI: a metal detector, purse searches, pat-downs for the guys. Yeah, we often play Transportation Security Administration at home, what with the frisking and manhandling and such, but we didn’t really expect to see it in action at a bar.

Once we got in, we stood around and gawped at the fantasticness of the place. The vibe was very 1970s wedding-reception rental hall. Small, round tables surrounded the dance floor and the mirrored stage area. One long bar ran the length of the room, and a smaller one took up a back corner. Black-and-white paintings of notables such as Lauryn Hill, Jay-Z and Janet Jackson hung on a far wall. Under the paintings were five-person black-vinyl circular booths. Weddingish touches included white latticework panels hung from the ceiling. The table centerpieces were forest-green candles in glass bowls with skinny blue ribbons tied around them. We liked it — the bar was clean and, refreshingly, not very smoky.

We parked our asses at a table and immediately noticed that a guy next to us had some sort of wrestling championship belt resting against his candle bowl. Sadly, he disappeared before we could ask him about that odd sight.

Instead, we went about our first order of business: ordering cocktails. We soon discovered that Body Works’ $6 Jack and Cokes were strong — we’re talking jet-fuel levels. RA Cece spotted some neon-colored concoctions churning away in a machine behind the bar, so she ordered an antifreeze-colored blue slushy, which was apparently a blue-raspberry martini. This Smurfalicious libation wasn’t as potent as the Jack and Cokes, and it came festooned with a couple of maraschino cherries. Later, we found out the name of the bar’s specialty: the Motherfucker. The $8.50 drink (available in red or blue) sounded like a heady mix of five liqueurs and fruit juices, but, mindful of the rule against mixing different liquor genres, we passed on the Mofo.

As we got pleasantly sloshed, the place filled up with a slightly older crowd, and a frenzy of line dancing was continuously going on to Vibe-type music. Between performances, the DJ handed out door prizes such as candleholders and massagers. He also pumped up KC Coolers, the local two-step club that sponsored the event.

“This summer, KC Coolers is going to blow up like the World Trade,” he proclaimed.

Um. Did he just say that? Out loud?

As we winced at the tackiness of that statement, RA Erik chatted with two women at the next table. He was concerned that they hadn’t gotten their raffle tickets for the door prize, so while he looked into that, we went over to chat. That’s when we met 21-year-old Dianna and her 24-year-old friend April, who somehow managed to evade the club’s age requirement that night. They were both gorgeous and probably the youngest people in the room. They met through work a few months ago. They’re not line dancers — America’s Pub is one of their hangouts — but they came out to see Da Hype.

April told us that she’s from Portageville (population: 3,141), which is in southeast Missouri. She moved to KC because there’s more excitement here. She’s single, whereas Dianna has been dating her boyfriend for two years. We asked how they met, and she said he picked her up at the bus stop one morning while she was waiting to go to school. “I thought he was crazy,” she said. For 30 minutes, he kept asking for her number, and she kept protesting that she didn’t know him. He offered to show her his driver’s license. Eventually, she broke down and said yes. Later that day, he came over to her house after she got back from Penn Valley Community College. “We just talked,” she said.

“My ex and I still talk,” April interjected. “He’s got three kids with three different women.” She’s newly single, possibly because he sent her to pay his phone bill.

Both Dianna and April decided to leave, so we thanked them and moved on to two older guys at the back bar who were handsomely dressed. Clad in hats, nice shirts and overcoats, they sat on bar stools and watched the action on the dance floor. They were incredibly charming.

Tim and “Two-Steppin'” Al told us that they met at Lincoln High School. They both two-step — a ballroom-type dance that was a rite of passage for their generation back in school. Along with a third hat-wearing guy, Alvin, they said they’re known as “Three the Hard Way.”

“We’re distinguished gentlemen,” Alvin said with a big grin. Yes, indeed. We’re suckers for guys in hats, and we hope Three the Hard Way helps bring this trend back. We’re also partial to any group with a name that refers to three-ways and the hard way.

KC Coolers meets at Body Works every Wednesday night for more step-and-slide action. In the meantime, we’re still on the lookout for Sunday night activities. Preferably before liquor control gets to ’em.