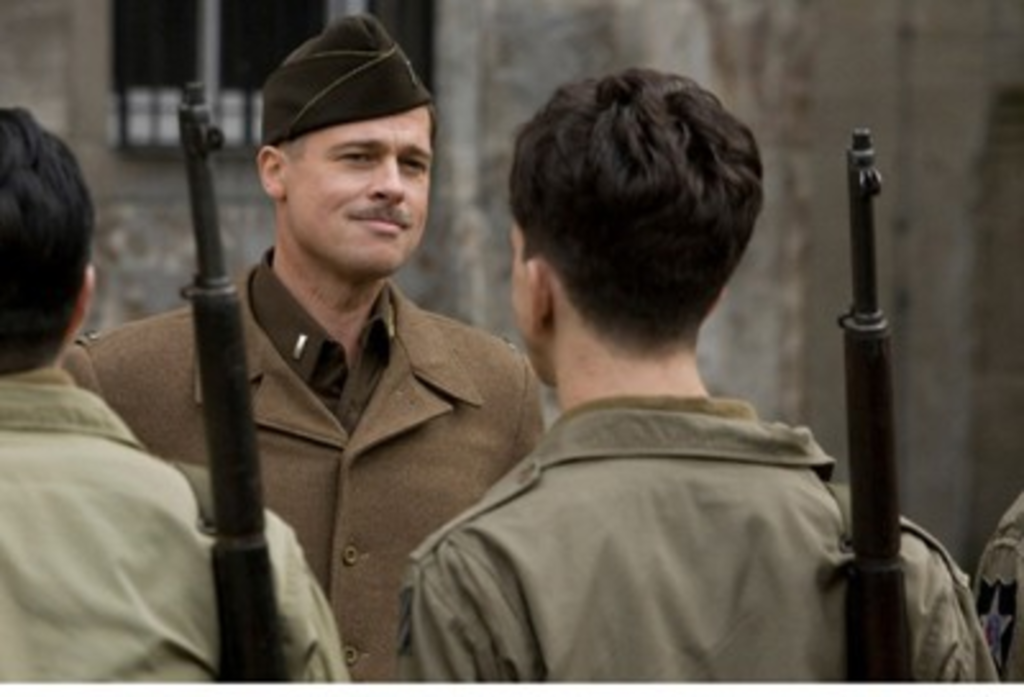 For his first original screenplay since 1974’s The Conversation, Coppola reportedly mined his own experiences for this tale of two brothers (Vincent Gallo and Alden Ehrenreich) trying to come to terms with their complex family history. Set in contemporary Buenos Aires, Tetro was filmed in black and white, a style that Coppola last employed in 1983’s Rumble Fish.

Moviegoers aren’t likely to rush to the supermarket after seeing this disturbing exposé of the under-regulated, profit-mad American food industry. It’s time to plant that garden.

After three years alone on the moon, a spaceman of the near future (Sam Rockwell) begins hallucinating and eventually wakes up to find that he’s sharing the ship with an exact replica of … himself. This is the first feature for Jones, whose father is David Bowie.

The New Cult Canon: Near Dark

The Kansas City, Missouri, Public Library’s annual summer Off the Wall film series gets in on the recent vampire craze by screening the mean, witty 1987 story of Oklahoma bloodsuckers. Bill Paxton and Lance Henriksen, heroes in the previous summer’s Aliens, star as undead creeps. (Bigelow was married to Aliens director James Cameron at the time.) Helping curate for the library this time: Onion A.V. Club film editor Scott Tobias, drawing from his popular online essay series “The New Cult Canon.” The film screens, well, near dark: Be at the library (14 West 10th Street) on time for the 8:45 p.m. start, and hope for good weather — this is an outdoor series, on the roof of the building. See kclibrary.org for details.

The Independent Filmmakers Coalition of Kansas City
“One Night Stand” Contest Saturday, June 20In the ninth-annual competition, filmmakers once again have 10 hours to write, shoot, edit and screen a short subject based on information drawn at random the morning of the event. Teams will have to incorporate a theme, an object and a line of dialogue from a famous movie. It starts at the Westport Coffee House (4010 Pennsylvania) and winds up at the Just Off Broadway Theatre (3051 Central, in Penn Valley Park). Open to anyone, the entry fee is $25, which includes two tickets to the screening. Those not competing pay $8 to see the results that night. See ifckc.org for details.
The Hurt Locker

Jeremy Renner, Anthony Mackie and Guy Pearce go to war in this intense drama about a bomb-defusing unit stationed in Baghdad at the height of the Iraq War. Look for cameos by Ralph Fiennes and David Morse.

At press time, the schedule was just about ready for this annual showcase, held again at Tivoli Cinemas. A new wrinkle this time: the juried “Out Here Now” contest, with a $250 prize for the best gay-themed short film. Bookmark kcgayfilmfest.com to stay informed.

Allen returns to Manhattan after an extended European vacation and casts Larry David as a hypochondriac physicist whose spirits are lifted when he befriends and later weds a dippy 20-year-old (Evan Rachel Wood). The film is reportedly based on a script Allen wrote 30 years ago — luckily, neuroticism is timeless.

It seemed like a fun idea at the time: Ben (Mark Duplass) and Andrew (Joshua Leonard), lifelong buds, get high at a party where they agree, in front of witnesses, to “do it” (with each other) for a sex-tape film festival. Their girlfriends are amused, and then … they’re not.

In the days preceding Muhammad Ali and George Foreman’s 1974 fight, musical giants such as James Brown, B.B. King, Bill Withers and Celia Cruz gathered in Zaire for a three-day concert. Oscar winner Levy-Hinte (When We Were Kings) has restored a mountain of found footage of the concert and the chaos that surrounded it for this high-energy doc.

Harry Potter and the Half-Blood Prince

A nerdy, but increasingly sexy, teenage boy with magical powers and an invisibility cloak learns the true history of his archenemy, whose name we dare not utter.

A Los Angeles greeting-card writer (Joseph Gordon-Levitt) finds true love in the form of a beautiful co-worker (Zooey Deschanel) in this romantic comedy that counts the days of their up-and-down relationship.

British satirist Iannucci (BBC’s The Thick of It) goes to Washington in this fictional riff on the political scrambling — British and American alike — that preceded the Iraq War. Starring Tom Hollander and featuring James Gandolfini as an American general who speaks in snappy one-liners.

Where is your mind? Don’t ask Tyler Durden. The Off the Wall film series continues at 8:45 tonight at the Kansas City Public Library (14 West 10th Street). See kclibrary.org for details.

Ephron adapts Julie Powell’s memoir of the year she spent making all 524 recipes in Julia Child’s classic cookbook, Mastering the Art of French Cooking. Amy Adams portrays Powell, whose inner musings on Child’s life and times are enacted by none other than Meryl Streep. Looking forward to that accent.

In a documentary that’s not really a documentary, comedian Charlyne Yi (Knocked Up) conducts interviews to see if anyone still believes in true love. Enter actor Michael Cera, playing himself (sort of) and falling for Yi, who, in real life, is already his girlfriend. Got that?

From first-time director Blomkamp and producer Peter Jackson, a sci-fi epic about extraterrestrials that landed in South Africa 30 years ago, only to be captured, segregated and brutally mistreated by the government. The rest of the plot is a secret (so far), but we all know what happens when you piss off a space creature.

Henry (Eric Bana), a Chicago librarian, is forever bouncing around in time (literally). This makes life and marriage hard for his wife, Clare (Rachel McAdams), whose attempts to hold him still are captured in this film version of Audrey Niffenegger’s bestseller.

Film fans still argue about just how classic this exemplar of new cultness really is. Puzzle anew at its time-bending logic and its geek status tonight, this time with less snickering at the now-sainted Patrick Swayze. The movie starts at 8:45 p.m. at the Kansas City Public Library (14 West 10th Street). See kclibrary.org for details.

Blame the bad spelling of the title on those infernal Nazis, who refer to the band of American, Jewish soldier-assassins led by Brad Pitt as “The Basterds.” Tarantino’s World War II action flick also stars Diane Kruger, B.J. Novak (The Office), Hostel writer-director Eli Roth and the mighty Cloris Leachman.

The Boat That Rocked

It’s 1966, and rock and roll has yet to make it to the airwaves of the BBC, which controls all radio stations in England. So Philip Seymour Hoffman leads a renegade band of disc jockeys as they broadcast the devil’s music from a boat off the U.K. coast, in this comedy from the director of Love Actually.

Mesrine: a Film in Two Parts

Vincent Cassel, who was so extraordinary as the mob boss’ son in David Cronenberg’s Eastern Promises, moves up the crime ladder in this four-hour epic about the action-packed life (murders, kidnappings — the works) of modern-day French criminal Jacques Mesrine.