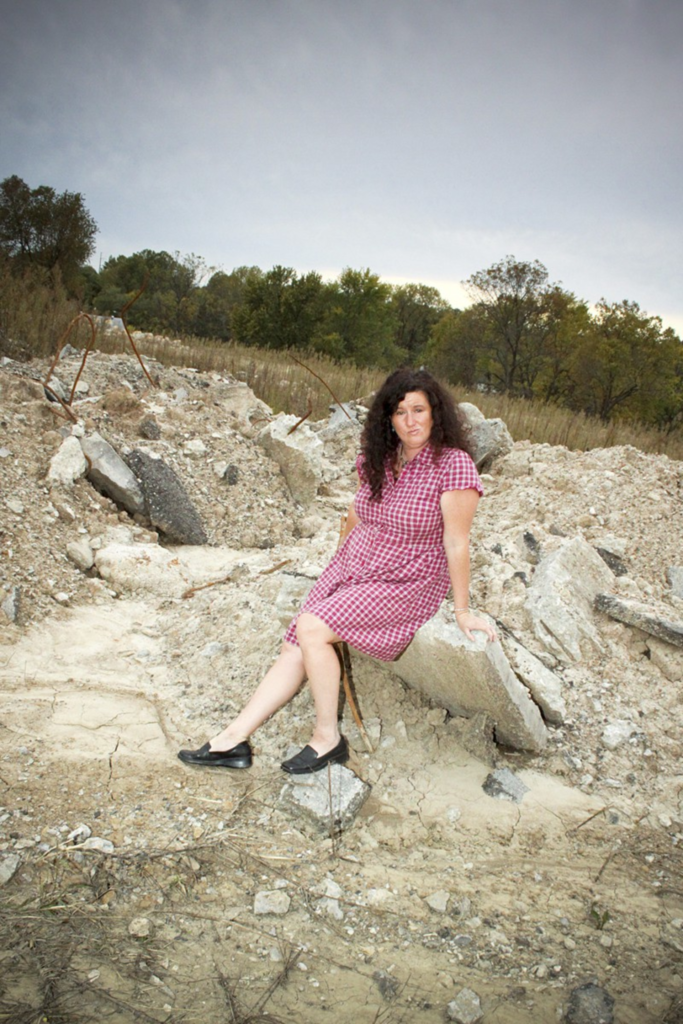 Over the years, whenever Eleanor Miller hosted a family meal, her neighbors wondered if somebody had died.

Miller, a retired nurse, raised eight children in the tidy Sugar Creek home that she and her late husband bought in 1959. The kids grew up and out of the house, but anytime they visited, Miller’s crowded driveway suggested a wake.

Miller is 73 now, and all of that family still comes over. But there’s plenty of parking on the block now, and Miller has fewer neighbors to count the cars. The city that she has called home for 50 years is in the long and halting process of obliterating her neighborhood, house by house.

Five years ago, officials in Sugar Creek, a city of 3,600 wedged between the Missouri River and Independence, hatched a plan to reshape a prominent corner into a retail power­house. Once completed, the supermarket and adjacent shops and restaurants would make Sugar Creek look like a city on the go and would fill the treasury with new taxes.

But today there is no grocery, no Olive Garden, no Sprint store at the corner of Independence and Sterling. Instead, dirt and rock are found, plus a big, screaming liability on the city’s balance sheet. Sugar Creek has spent $5.3 million on the development, mostly to purchase homes standing in the way of “progress.” Thirty-three homeowners and two businesses were pushed out.

Penelope Marth is among the displaced. She moved out of a house that her grandfather built. Now she lives on a farm in Higginsville, and she can’t drive U.S. Highway 24 without thinking about the family homestead being reduced to trash-bin material. “I get tears and goosebumps just looking at it from the highway,” Marth, a 46-year-old artist, says.

Many joined Marth in taking the city’s offer. Some did so happily and never looked back. A few, including Miller, stayed put. “There really isn’t a price for someone’s home, H-O-M-E,” she says. For now, the city isn’t interested anyway. Miller lives in Phase II of a development that can’t get out of Phase I.

The lingering recession has forced the project’s developer, Jeff Peterson, to hit the brakes. Before construction continues, city officials and Peterson need creditors to believe that Sugarland, as the development is known, will generate enough cash flow to repay the cost of the project. With the economy still stagnant, the credit market is reluctant to take such a gamble. So the land sits vacant.

Real estate deals stall all the time, especially in the Great Recession. Sugarland’s notoriety stems from the callousness that guided city officials, who determined that Miller and Marth and their neighbors had less right to their properties than an Overland Park developer.

The U.S. Constitution allows the government to take private property for “public use,” as long as the property owner is fairly compensated. But while “public use” calls to mind a school or a highway, the notion has been expanded, in cities across the country, to include anything that enhances the tax base.

The practice started receiving attention right around the time that Sugar Creek officials were dreaming up ways to jazz up their border with Independence. In 2004, 60 Minutes went to suburban Cleveland to grill a mayor about a plan to displace homeowners and businesses in favor of condos and a high-end shopping mall. Mike Wallace even got the mayor to admit that her own home was blighted, at least according to the standards that her city was using to evict residents.

The most famous case comes from Connecticut, where a plan to gentrify a waterfront resulted in a lawsuit. The case made it the U.S. Supreme Court, where justices narrowly ruled in 2005 that cities could take private property and turn it over to developers.

After that decision, state legislatures across the country passed laws strengthening property rights. Missouri joined the backlash, ruling that homeowners must receive 125 percent of their properties’ fair value.

Lawmakers here also declared that eminent domain can’t be used solely for economic development. But there’s a loophole: If city leaders can show that an area is blighted, they can take property and hand it off to a developer.

That’s what happened in Sugar Creek. The city hired a consultant, who took pictures of potholes, unpainted curbs and vegetation growing on a telephone poll. Voilà, blight!

Several residents pleaded with the city to spare their homes. But Mayor Stan Salva and others on the Board of Aldermen swore that they were looking out for the city’s best interests. Sweet Talk, the city newsletter, described Sugarland as something that the community and region “deserve,” whatever that means.

Miller may outlive Sugar Creek’s ambitions, given the trouble that the city and the developer have had in completing the first phase of the project. But back when her removal appeared more certain, she looked for houses in Oak Grove, Grain Valley, Raytown and Blue Springs — not in Sugar Creek.

Miller used to love living in Sugar Creek. Her kids got every penny’s worth of the $15 annual pass to the city pool. She likes how responsive the police are and how low her property-tax bill is.

In some ways, Sugar Creek’s affordable cost of living has come around to bite Miller. State and local governments rely less on property taxes than they have at any point in the last 80 years. They make up the difference by taxing income and sales.

So when they need more revenue, they go looking for more sales tax. Sugarland was the city’s attempt to light a fire under its sales-tax collections. Blight wasn’t the issue. The objective was to raise revenue without asking citizens to stomach a tax increase.

But no new supermarket means no new tax revenue. In fact, the redevelopment area is producing less in taxes than it did before the homes were emptied and knocked down. Weeds don’t produce the same tax revenue that a house does, no matter how modest.

With Sugarland producing a negative return on investment, Sugar Creek leaders are now staring at a $244,000 budget deficit. The lack of money means that the city will have to delay new purchases. Among the items put on hold is a Jaws of Life. “We have one now,” Chief of Police Herb Soule said at a recent Board of Aldermen meeting. “It’s just wearing out.”

Salva remains optimistic that Sugarland will become a reality. Faulting the credit market for the delay, he expects the project to get moving next summer, with a potential 2012 completion date. “The economy’s got to get better,” he tells me.

Salva has been dismissive of criticism that Sugar Creek drove residents out of their homes, even going so far as to say that the city did not use eminent domain. Technically, it didn’t. But if Marth and her neighbors had refused to sell, they would have been taken to court, and they would have lost. Eminent domain was a loaded gun resting on the negotiating table.

Salva also suggests that Sugarland displaced a population that was somehow less authentic. “Many of them were just rentals,” he says of the homes that were taken.

That’s easy for him to say. People who’ve been run out of a city don’t get the chance to retaliate at the polls.