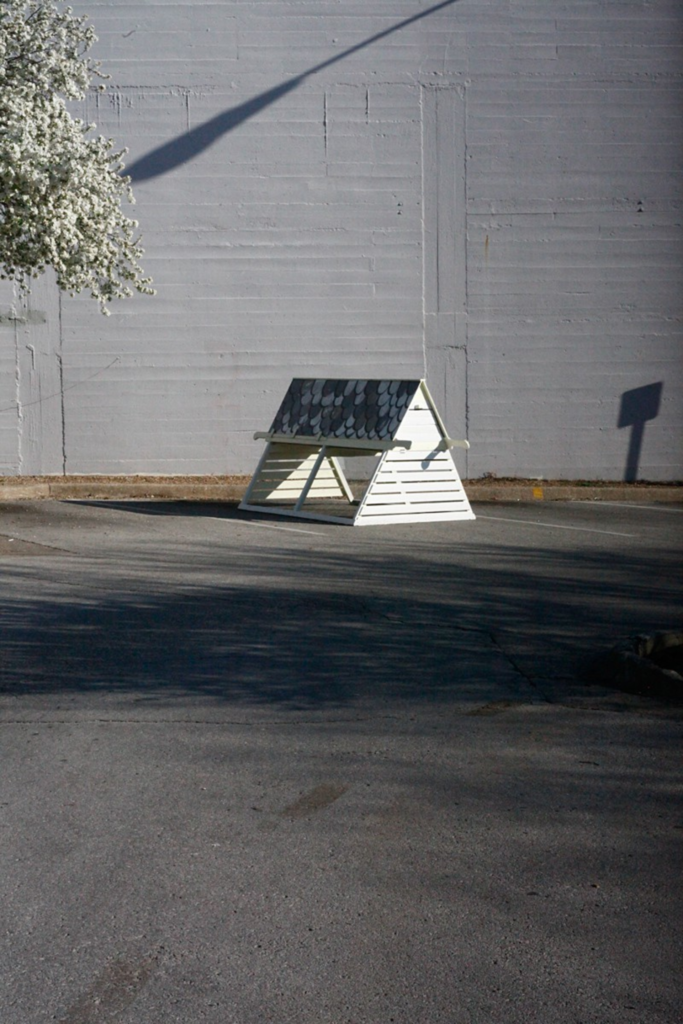 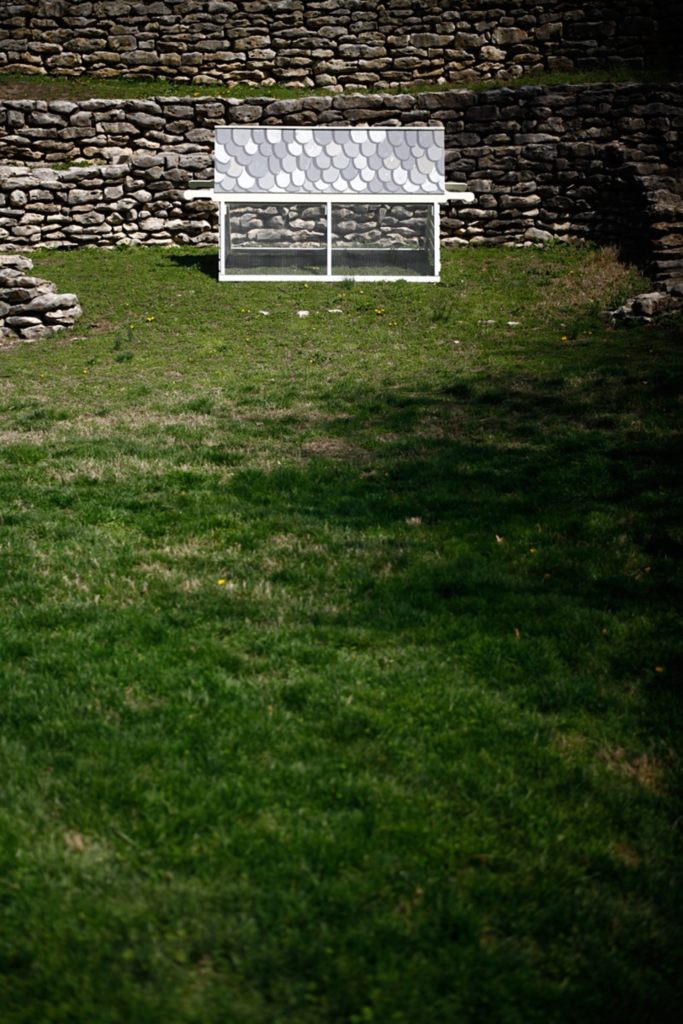 Amber Hansen can tell you about the drawbacks of telling people about artwork before it’s done. Talk was always part of the plan for the Lawrence artist’s most recent undertaking, The Story of Chickens: A Revolution. But her work sparked an outcry before it took physical form.

Hansen drew national attention in February, shortly after the Story of Chickens proposal was made public. At the center of her piece: a mobile coop in which five chickens would be transported to locations around Lawrence, so that viewers could develop a relationship with the birds.

The catch: After a monthlong display of this urban-farm-cum-sculpture, the artist would issue an open invitation to a public butchering, followed by a dinner at which the five chickens would be the main course.

The city of Lawrence intervened before Hansen populated her coop, citing city ordinances restricting animal husbandry on public property inside city limits (as well as laws against animal cruelty).

Hansen complied. Instead, she let the emptiness of the coop make her statement, representing the absence of farm animals in the urban environment — where most are consumed.

“The artist did not design the project with the intent to defy city ordinance,” reads a February 28 post on the Rocket Blog, a site detailing projects awarded Rocket Grants. (Hansen’s project had received $4,000 from the program, which is funded by the Andy Warhol Foundation for the Visual Arts and administered locally by the Charlotte Street Foundation and the Spencer Museum of Art.) “Rather, the interpretation of local ordinances regarding the care and consumption of chickens has unexpectedly become part of the discussion.”

Dozens of comments on the Rocket Blog debated Story of Chickens‘ moral and artistic merits, but a more heated discussion was taking shape on the Spencer Museum’s Facebook page. Printouts of these posts are now part of her Story of Chickens exhibition (through April 22) at the Lawrence Percolator. Hansen had also made an open call for contributions to the show, and several works here tell stories of artists’ interactions with chickens or advocate for more compassionate poultry farming or lobby for vegetarianism. Also on display are short stories, poems, videos and interviews with farm-knowledgeable local residents.

Among the more eye-catching pieces is Laura Ramberg’s “Thinking About My Food Choices,” a ceramic bust in which a chicken sits squarely on the person’s head. (The simple title sums up Hansen’s point as much as it speaks for Ramberg.) Andrew Neher’s heartfelt “My dad helped me build the coop,” a hand-drawn comic detailing the artist’s misadventures raising chickens in Chicago, also stands out.

Hansen’s original plan to display caged animals in public smacks of spectacle, but talking with her has convinced me that Story of Chickens is an accidental spectacle. She seems caught off-guard that something so personal to her, to anyone — food choice — has generated so much political electricity. But not everyone is eager to trace his or her food all the way back to its living source. If it was predictable that an online debate would ultimately create more buzz than the actual exhibition, it’s no less unfortunate.

Still, does incorporating 205 Facebook posts advance the conversation — or the art? On a recent Saturday at the Percolator, I ask Hansen why she decided to display the Facebook comments alongside the artwork.

“They are really little essays,” she says. “People spent a lot of time and put in a lot of effort.” The Facebookers, naturally, agree about their own thoughtfulness. Among the comments on display are remarks about how numerous the remarks have been — about Hansen’s work having started a discussion.

Well, not really. What Hansen started wasn’t a conversation, a challenging and idea-rich back-and-forth. It was, as the reproductions at the Percolator demonstrate, a shouting match.

Artists cried fowl, speaking out against what they perceived were personal attacks against Hansen or an attempt at censorship. Those concerned with the well-being of the chickens questioned the project’s legitimacy as artwork. The word dialogue didn’t really come up. The words pretentious, psychologically disturbed and castigation did.

Those who stopped typing invective long enough to read Hansen’s artist statement and project description on the Rocket Blog may have picked up on her earnest desire to promote the humane treatment of animals. She grew up on a farm in Iowa where her family raised animals for their own consumption. She eats meat less often now — because, she says, it’s hard to know that the animals were treated respectfully.

On the afternoon I visited, the coop was sitting outside the Percolator, but Hansen has taken it to public places, as planned. The exhibition also includes photographs of the empty coop in different locations around the city, taken by Hansen and Nicholas Ward.

Hansen has invited guest speakers to address a 5 p.m. reception at Percolator at her exhibition’s closing-night event Saturday, April 21. Speaking are representatives from the groups Animal Outreach of Kansas and Compassion for All Animals as well as University of Kansas professors Elizabeth Schultz and Donald Stull. A chickenless dinner follows. (Well, it’s a potluck, so some wag will probably bring chicken.)

“The meal is a chance for people to sit across from each other and talk to each other face to face,” Hansen says. “There are so many different viewpoints about eating meat. It’s important to hear those perspectives.”

Her optimism might be earned after all. I left the gallery with my own position intact (full disclosure: I don’t eat meat), but Hansen’s earnest consideration of the way we treat and interact with animals has stayed with me. Even the most irate Web commenter willing to stop by the gallery or attend the dinner might just re-examine the questions that surround how we produce — and consume — our food.