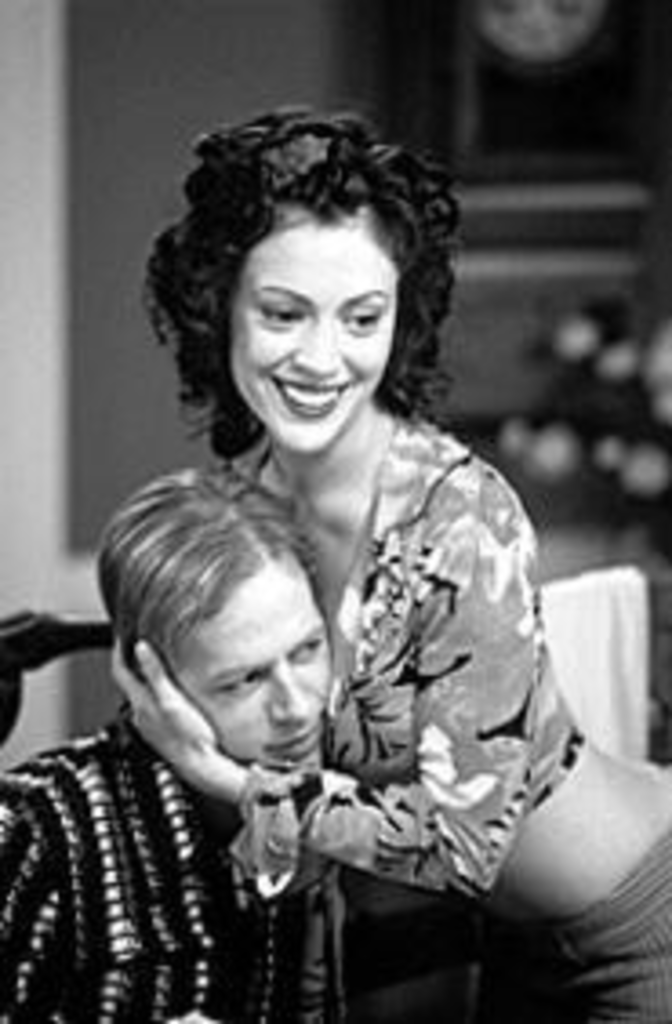 The 1990-95 run of Saturday Night Live, when the show was a playground populated by the likes of Adam Sandler, Rob Schneider, Dana Carvey, Chris Rock, Chris Farley, Kevin Nealon, Mike Myers and David Spade, was a low point in a show with a longer history of inducing groans than eliciting laughs. The sketches played like entries in a frat-house talent show, filled with gross-out gags, child-molestation bits and silly-voice shenanigans. Little wonder the subsequent cast members, with Will Ferrell and Darrell Hammond and Cheri Oteri, were viewed as geniuses. Their predecessors had set the bar lower than magma.

Yet that 1990-95 cast would become SNL‘s most successful graduating class, with Sandler its most munificent alumnus: His production company, Happy Madison, charitably funds the careers of Carvey (Master of Disguise), Schneider (Deuce Bigalow: Male Gigolo, The Animal, The Hot Chick) and Spade (Joe Dirt and the new Dickie Roberts: Former Child Star), almost all of which feature Nealon, Jon Lovitz and other SNL dropouts with hands out. Fred Wolf, an SNL writer from that period, also is part of this cheerless gang; he wrote Spade and Farley’s Black Sheep, as well as Spade’s Joe Dirt and Dickie Roberts. Combined, their movies are things you don’t watch so much as step in.

Dickie Roberts‘ central failure, aside from the fact it generates no laughs till its credit-roll sing-along, featuring dozens of where-are-they-nows parodying “We Are the World,” is that it believes fiction is funnier than fact. Spade plays a former child star who’s now one step lower on the fast-food chain than even Dustin “Screech” Diamond, Corey Feldman and Leif Garrett, who attend Dickie’s weekly poker games with other Nick at Nite escapees, among them Barry Williams and Danny Bonaduce.

The fake Dickie has nothing on the real Danny or Barry, who took part in Fox’s Celebrity Boxing and have done nothing but play themselves for years on game shows and sitcoms and movies like this one in need of lazy punch lines. The poker game scene is at once the movie’s highlight and low point: Williams wagers old Brady Bunch props (Marcia’s braces, say) rather than the money he doesn’t have.

Dickie insists he doesn’t miss the money, only the “love” lavished on him when he was someone. But Spade can no more play sincere than Barry Williams could sing. He’s going for sympathetic but comes off sycophantic, desperate for us to love a very unlikable character. In Life with Mikey, Michael J. Fox imbued the part of a former child star turned kiddie-actor agent with equal parts bitterness and nostalgia. All Spade can muster is the smarmy air of someone who believes himself worthy of fame. Dickie can’t believe others don’t take him seriously, least of all Rob Reiner, who’s casting a role Dickie desperately wants but can’t get because he doesn’t know how to be “normal.” (The biggest joke in Dickie Roberts is that Reiner, whose recent Alex & Emma was released virtually straight to pay-per-view, possesses the most coveted script in Hollywood.)

To deprogram himself, Dickie moves in with a family: kindly mom Mary McCormack, sleazy pop Craig Bierko and their movie-cute kids, played by Scott Terra and Jenna Boyd. Of course, they teach Dickie how to be human, and Dickie turns out to be a decent father figure. When the movie’s not playing stupid, it’s aiming for sickly sweet sincerity, coming off like a Cracked magazine parody of a Hallmark card. It’s also more than a little creepy when Dickie, trying to get in touch with a lost childhood, winds up romancing his “mother.” It’s an Oedipus wreck.