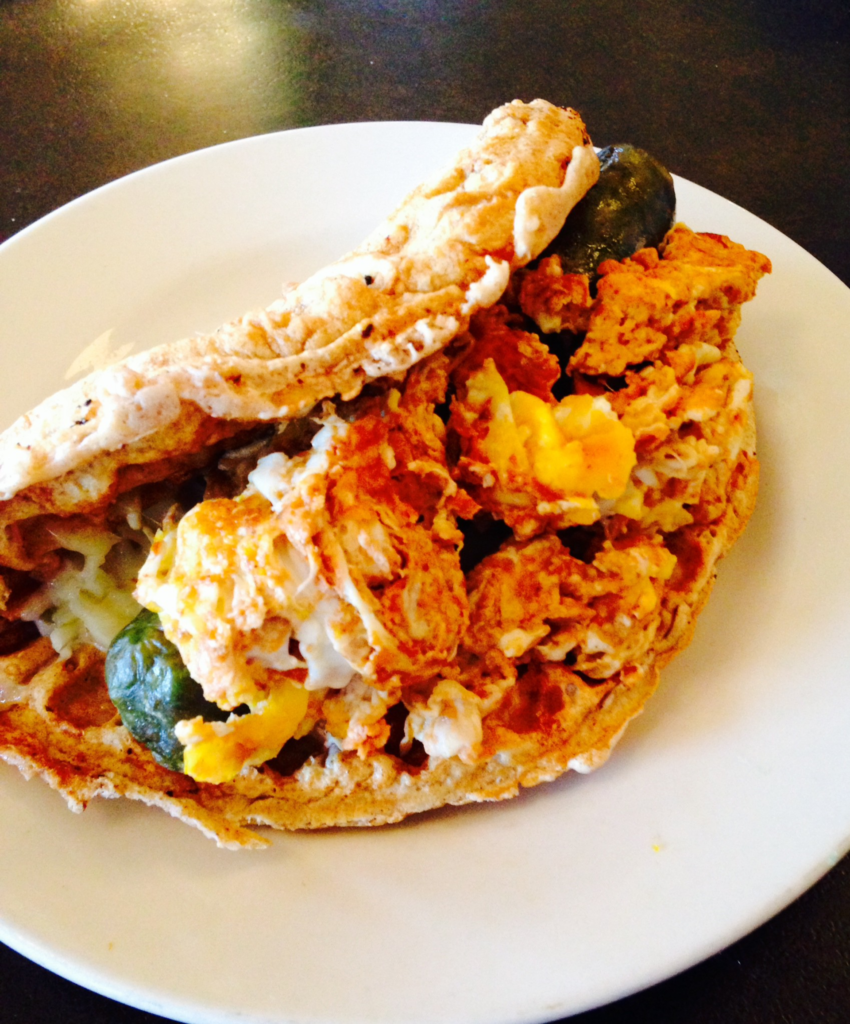 Taco Bell gave its breakfast menu a splashy nationwide launch March 27, with heavy focus on what the fast-food company called “the highly anticipated and revolutionary Waffle Taco.” I held out as long as I could, but eventually I was ordered to try one, along with the chain’s “all-in-one A.M. Crunchwrap.”

I am not just being cranky when I warn you that this soggy little waffle, folded around scrambled eggs and salty, chewy bacon bits (or an equally soggy sausage patty) and sprinkled with grated cheese, is an affront to at least four of the senses. All five if you listen to yourself eat the stuff.

But there is a way to eat a whole breakfast inside a waffle in Kansas City without hating yourself later. Go to Succotash (2601 Holmes) when it’s serving its anti-Taco Bell experiments. More on that after the jump. 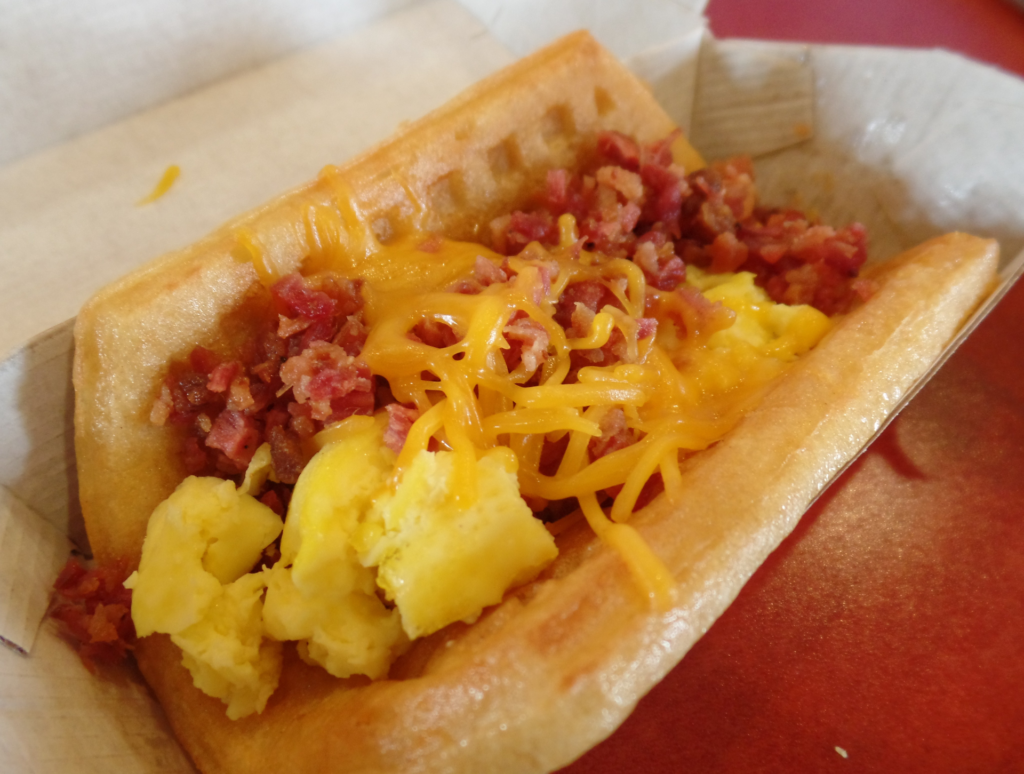 A little background: For my first (and, God willing, last) Taco Bell petit déjeuner – served by the very affable staff of the Taco Bell at 123 East Linwood – I was joined by Succotash owner Beth Barden, who knows something about breakfast. She was somewhat kinder about some of the Taco Bell breakfast offerings than I was when we debriefed after the experience. In fact, Barden kind of liked the $2.59 steak-and-egg burrito.

“The seasonings are actually decent, the eggs are moist and the steak isn’t chewy,” Barden told me.

But she dismissed the A.M. Crunchwrap, which she called “the relics of an old salad wrapped in wallpaper.” And we agreed on the fried, sugar-dusted Cinnabon balls, filled with gooey icing. “A little bag of deep-fried diabetes,” Barden called them.

After we fled Taco Bell, I challenged Barden to come up with her own versions of the Taco Bell breakfast creations, food she’d actually serve at Succotash. She turned the project over to chef and general manager Sumer Zinnert, who created two surprise breakfast specials at Succotash this past Saturday. They sold out within two hours.

Instead of a soggy taco waffle, Zinnert filled a freshly baked cinnamon waffle with a link of Local Pig chorizo verde, two scrambled eggs, pepper jack cheese and red-chile syrup. She also did a breakfast sandwich with a Lamar’s glazed doughnut, sliced and filled with Local Pig maple-coffee sausage patties, two fried eggs and gouda. Each was $11 and included home fries.

“One of our customers left a note on the table that said, ‘Fuck Taco Bell. Please add these dishes to the regular menu.’ And we might,” Barden says.

OK, then: Lobby Succotash in the comments. And eat the Taco Bell stuff at your own risk.