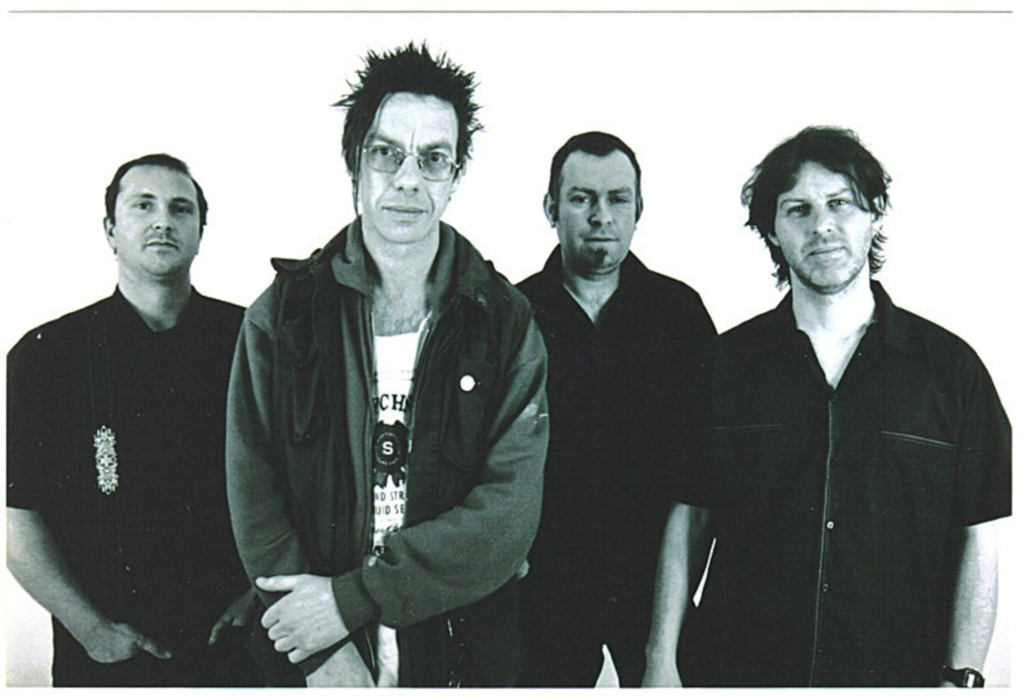 Subhumans surfaced as part of Britain’s post-’77 punk scene. The band’s fast, political records helped define the early days of hardcore and created the subgenre known as anarcho-punk (which owes more to lyrical content than to a particular sonic aesthetic). Like many bands of that era, Subhumans had a short run, breaking up in 1985. The band re-formed in 1998 and has been playing regularly around the world ever since. This week’s KC date marks the group’s third trip into the sweaty cavern of Davey’s Uptown, this time sharing the bill with fellow ’80s veteran Millions of Dead Cops. Dick Lucas, the band’s singer and songwriter, answered questions by phone.

The Pitch: Is your touring lineup the same as the band’s original lineup?

Dick Lucas: We’ve got our second drummer and second bassist, but since 1983, it’s been the same lineup. The band’s been touring regularly since 1998. I think we’ve been back every year since then, at least once. We were just going to do one tour of Europe, one of the States and one of the U.K., and then just stop. But it was so good, we thought, Why not just carry on?

What led to that re-formation in ’98?

Two of us wanted to do it again, and two of us were against it. So we sort of had a practice to see what it felt like, and it felt really good. So all debts are wiped out. The songs came flying back to the memory as if it were last week from 15 years before, or whatever it was. Just felt really good, quite energizing, rejuvenating and all the good words.

When you play shows, what material do you draw on?

The temptation’s to play what people want to hear, yeah? A lot of the early, early stuff is going to be the most popular stuff. What you might call more complex stuff, toward the end of the first five-year stint, is less requested, but we dip into that as well. ‘Cause, obviously, we like the songs we make up, whether it was early, middle or late.

The art on those early releases is rather striking. You used the same artist on all those?

Yeah. We used him until he sort of disappeared off the map. His name was Nick Lance, and he once wrote for some information about the band, and at the bottom of his letter was a 2-inch-high picture of a punk rocker’s head, in mega detail. We were stuck for an artistic ideas as to what to do for the front cover of this single, “Religious Wars,” so we wrote him a letter, saying, Here’s the lyrics. Would you be able to draw a picture to fit the lyrics? Which is what he did, and about two weeks later it was in the post, and it was, like, wow. So we asked him to do the same for the Evolution EP, the Rats EP, The Day the Country Died LP — which he did, and then he sort of vanished, and no one knew where he’d gone to. So that was that, and we had to rely on our own rather not-as-good ideas for the front covers.

What sort of audience do you get at your shows?

The age bracket that generally goes to gigs is sort of between 16 and 22, and there’s a big gap in the middle. After 22, people sort of start dying off. They get mortgages and marriages — lifestyles that don’t really support going out to see that many shows. Since a lot of bands have re-formed, including ourselves, we’ve started to re-attract a lot of people who used to come see us in the ’80s. They still come to see us now, with a cluster of kids in their 20s coming to see us as well. In the States, it’s almost the opposite. The people over 40 — they’re all working the door, basically, and everybody else is average age 18-1/2, which is fantastic. It is very much a cause-and-effect, give-and-take symbiosis between band and crowd. One feeds off the other, and it just gets better as the set goes on.