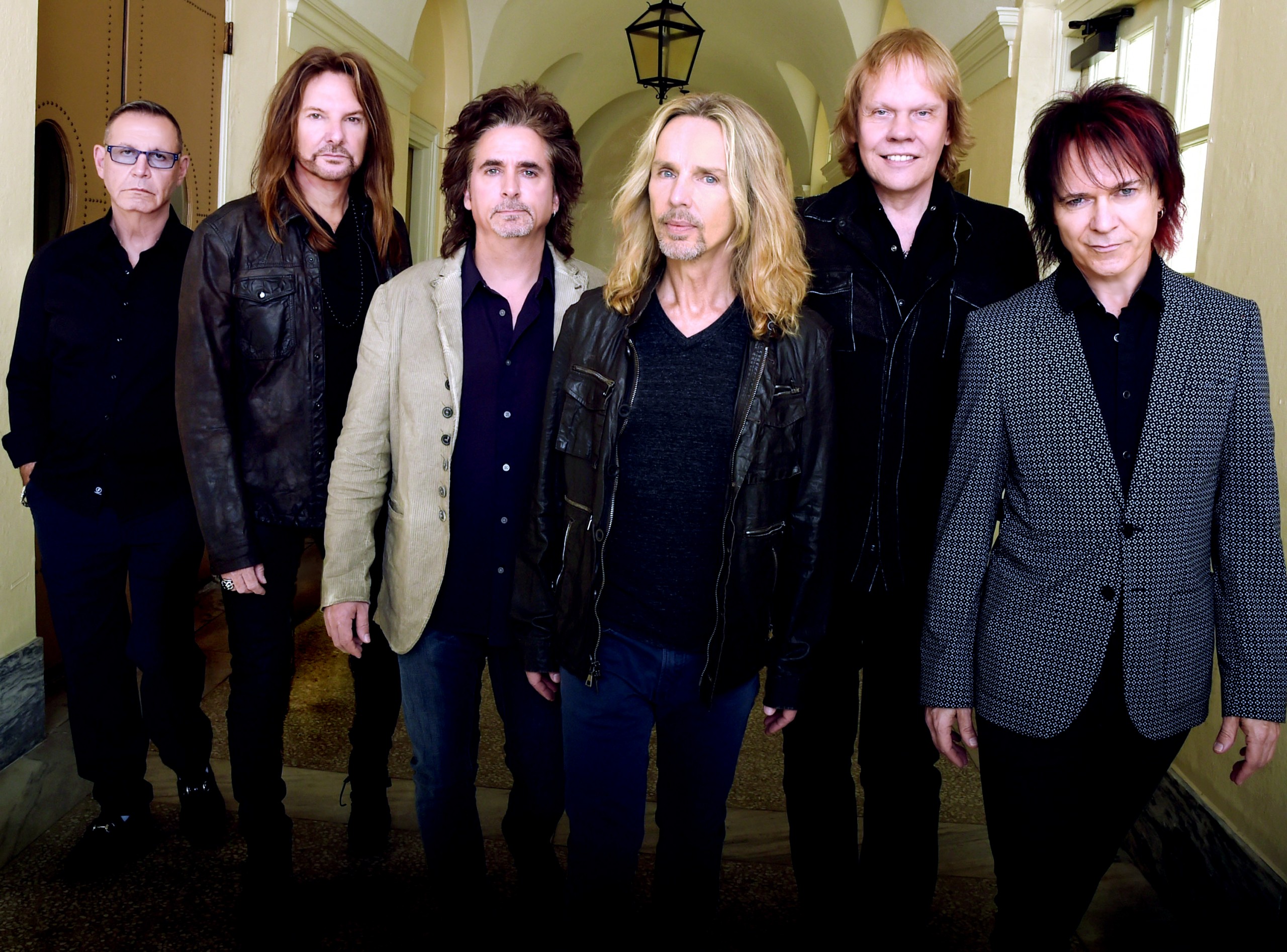 Classic rockers Styx are known for their slew of ’70s and ’80s hits, be it “Lady,” “Come Sail Away,” “Renegade,” “Too Much Time on My Hands,” or the number one gold record, “Babe,” but it’s not as though the band went away in the 1990s. Despite the occasional lineup change, the band has been a touring and recording dynamo this entire time, and on Friday, June 18, Styx releases their 17th album, Crash of the Crown, via the band’s label, Alpha Dog 2T/UMe.

Before that, though, the band drops a special Record Store Day release this Saturday, June 12, entitled The Same Stardust, with two non-album tracks, “The Same Stardust” and “Age of Entropia”, on side one and five live performances of “STYX Fix” Livestream cuts on side two. After that, the band kicks off a nine-day tour with ’90s alternative act Collective Soul.

That tour hits Azura Amphitheater Friday, June 25, so I rang up Styx bassist Ricky Phillips to discuss all this news and more. 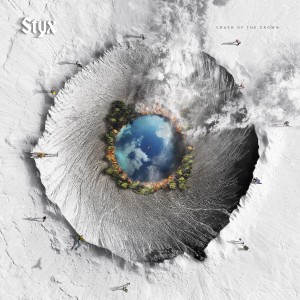 The Pitch: Listening to Crash of the Crown, the new album, I was curious as to how, as the current bassist for Styx, it is for you to share bass duties with founding member Chuck Panozzo?

Ricky Phillips: Chuck is, is doing really, really well. I’m going to start my 19th year with the band in September. When I first came on, Chuck couldn’t really do a show. I mean, he could, but he couldn’t do a complete show. He has his health issues and where he’s at now is so awesome and so remarkable. The joke within the band is that when it’s all said and done, it’s going to be the cockroaches and Chuck. Nothing’s going to take him down.

He’s just really, really, really, really come around. He’s a great guy. He’s got his own bevy of fans. He’s got a huge following and we bring him out every night and he plays at least one, sometimes two songs–actually two or three, because he’s doing the doing most of the encores with us now. He’s a great bass player. I mean, that didn’t go away. So all of those early Styx records with all those cool bass parts on them, he’s capable of, it’s just that he’s had issues and so my job has been to come in and try to take it to another level.

Tommy Shaw approached me about coming in. They wanted some more vocals and they wanted some more things which I’m able to do, but there is a deep brotherhood within this band and nobody turns their back on anybody for any reason. It’s one of the things about Styx that I’m very used to now, but was very impressed with from the very, very beginning.

There’s a lot of cutthroat things that happen in this business and in any kind of the entertainment business, and the honor system in this band is bar none. On the last record, Chuck played one track. On this one, he’s got two and he’s very happy with it. He and I get on like a house on fire, so it’s all good there, but it is very different. I mean, I don’t see any other bands’ egos being able to really handle it. It’s something that is just a no-brainer to us.

I toured with Styx when I was in the Babies. I toured with those guys and Styx was just solid: hit song after hit song. Great vocals. They’ve done everything. There are so many things that happened within this band, the history of this band that they’ve had to do, things they’ve had to do to protect the band from ending or from exploding, but that problem has never been with Chuck Panozzo. Chuck has always been a solid citizen within this unit.

The strength and positivity which is inherent in Styx as a group of people seems to really come through on Crash of the Crown, especially when listening to like the title track or “Save Us from Ourselves,” which has those amazing Winston Churchill clips. It just seems like this is an album to really bolster people’s inner strength.

The fact that the last two records have progressively–and progressive is a good word–but they have progressed from one to the next, and have gone even deeper to have movements within a song. One song may have two or three different time signatures and a complete stop and restart of another flow, but it’s not a new song.

Learning this stuff has been a challenge because when you put it together, you’re punching in and you’re going, “Okay, let’s do this here,” you working on your part. We all do our homework, so we don’t just show up with an engineer and make up stuff on the spot. I spent a lot of time writing my parts for this record.

As you mentioned–and I 100% agree with–“progressive” is a really great descriptor for both the music of the band, but also specifically this album. There’s something about progressive elements that always strikes me as likely being a lot of fun for a bassist because you get to play more than just…

Yeah, banging eighth notes. There’s nothing more boring than banging eighth notes. There is one song where I bang its notes and I did it begrudgingly, but I did it. [laughs] It’s very short-lived and I have no right to complain because there’s so much room to do fun, cool bass lines. One of my favorites is a song on the record called “God Save the King.” The bassline that I wrote for it, I guess you’d call it a bridge. It’s in that middle eighties section, the Beatles used to call it, and it’s one of my favorites. No one else will even pay attention. It goes by quickly, but I could play it all day long.

First of all, the chord changes in the progression itself is very imaginative. It took me a while to come up with the bassline, but it just flows in a place and it’s so seamless that it will probably just go by people and they won’t think anything, but to come up with it, I was patting myself on the back for the next three days. It’s just fun and the record’s full of stuff like that. It was just a fun record to write for.

Can you tell me a little bit about this The Same Stardust EP that’s coming out for Record Store Day, because it’s got two additional songs that are not on the album? I haven’t had a chance to hear them yet, but I’m curious as to why they didn’t see inclusion on the album proper, but why you like them so much you still wanted to put them out.

This another part of this band that I love: their attention to detail. No stone is left unturned. If something just doesn’t flow, or we don’t need it, or it’s just dead weight, but then all of a sudden you go, “Wait a minute! This is not dead weight. This is really good. Let’s put out.” I think that idea was that simple.

It wasn’t an over-thought marketing scheme or anything. We had music that was intended to all go together and the flow was better with this group of songs and these songs are a little bit different. It’s that simple. And I think that they’re less proggy. They’re just as good, they just didn’t fit in. It’s not that they weren’t good enough, but the body of the songs were prog-rooted, even if they were halftime songs or there’s a lot of open-air and not a lot of emphasis on crazy progressive time signatures or anything. They still had a prog notion to them, so they cut a couple of the songs that I really liked that were totally non-prog and they were included on that.

That makes a lot of sense considering the B-side to that EP is live versions of classic-era Styx songs. One of the positive aspects of being quarantined is that so many bands dug into their archives and put out these various live streams and stuff like that. You all had “Styx Fix.” What was it like getting to revisit some of these shows that you’ve gotten to play over the years?

I find them very interesting in the fact that they’re nothing like what I remember or they don’t sound the way I remember the realizing that the sound in the house or outdoors or whatever kind of venue it was. They’re nothing like what’s recorded, anyway. But it’s just fun to look at us in the clothes we’re wearing and our hair–wherever it is, what it’s doing at that point–I get more of a kick out of that stuff.

I think that the music is always pretty consistent in most of those shows. Some of them, I was having a good night vocally that night or whatever and might hear a little something, but I mean, the band has the advantage that generally, we do a lot of shows. We have, and we’re about to start up again. Trust me: they’re filling in the rest of the year. Looks like I’m not going to be coming home much, let’s just put it that way.

It’s going to be really interesting, having not done it in a year and a half, to go back and dive in that deep. I thought, “Well, we’ll start off and we’ll do five or six shows.” Nope. That’s not the way Styx tested. It’s like, “Pack your bags and get somebody to feed the dog and water your plants, ’cause you’re not coming home for a while.”

Crash of the Crown can be pre-ordered and pre-saved from a variety of retailers. Details on that here.