STRIKE! Stand Up KC joins Nationwide McDonald’s Strike for $15 and a Union 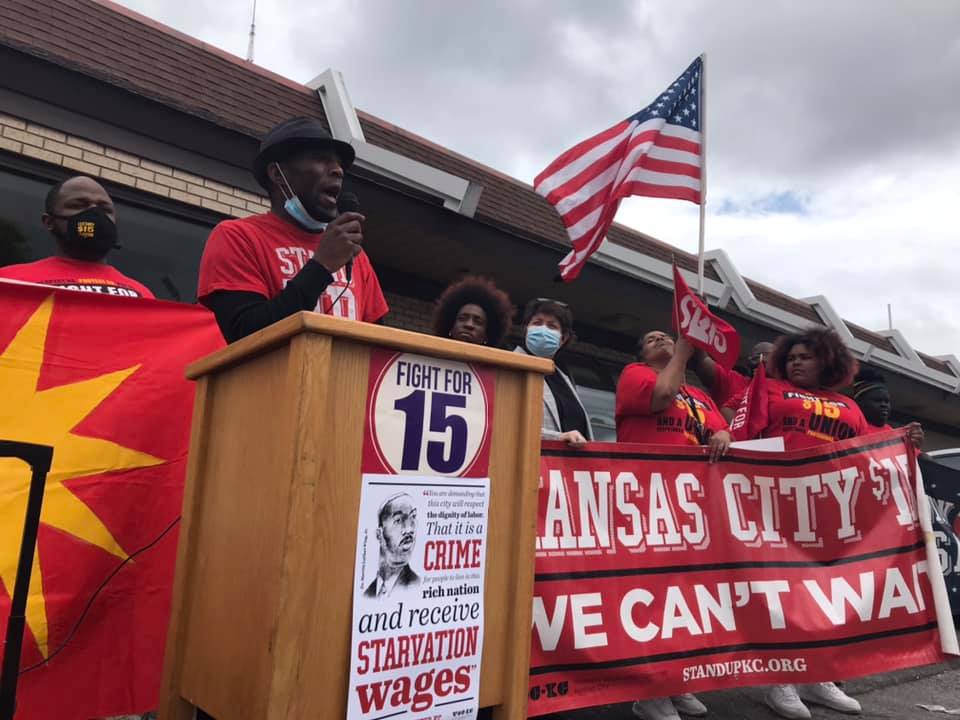 “We want to send a strong message about $15 to McDonald’s today,” said Terrance Wise, a Kansas City-area McDonald’s department manager and father of three teenage daughters.

In 2020, McDonald’s scored nearly $5 billion in profits, and shareholders took $4 billion of it. Workers earn $10.30 per hour, while McDonald’s CEO earns roughly $9,000 per hour. At one of the rallies, Pastor Donna Simon of St. Mark’s Hope and Peace Church decried the disparity as a “moral crisis.”

At a time when the service sector faces a job crunch and some Republicans blame unemployment benefits, workers say they need a seat at the table.

“Workers want to go to work and take care of our families, but we don’t want to die in the process,” said Wise in a release. “If jobs around Kansas City, and around the country, posted marquees that said ‘now hiring $15 an hour with benefits, with healthcare, a union job,’ people would be lined up for miles to take these jobs.”

McDonald’s represents far more than a fast-food company, workers say. They point to its powerhouse stature in the economy—it’s the second-largest employer in the United States—as a standard-bearer for workers’ rights. If McDonald’s raises the bar, workers claim, other corporations will follow. 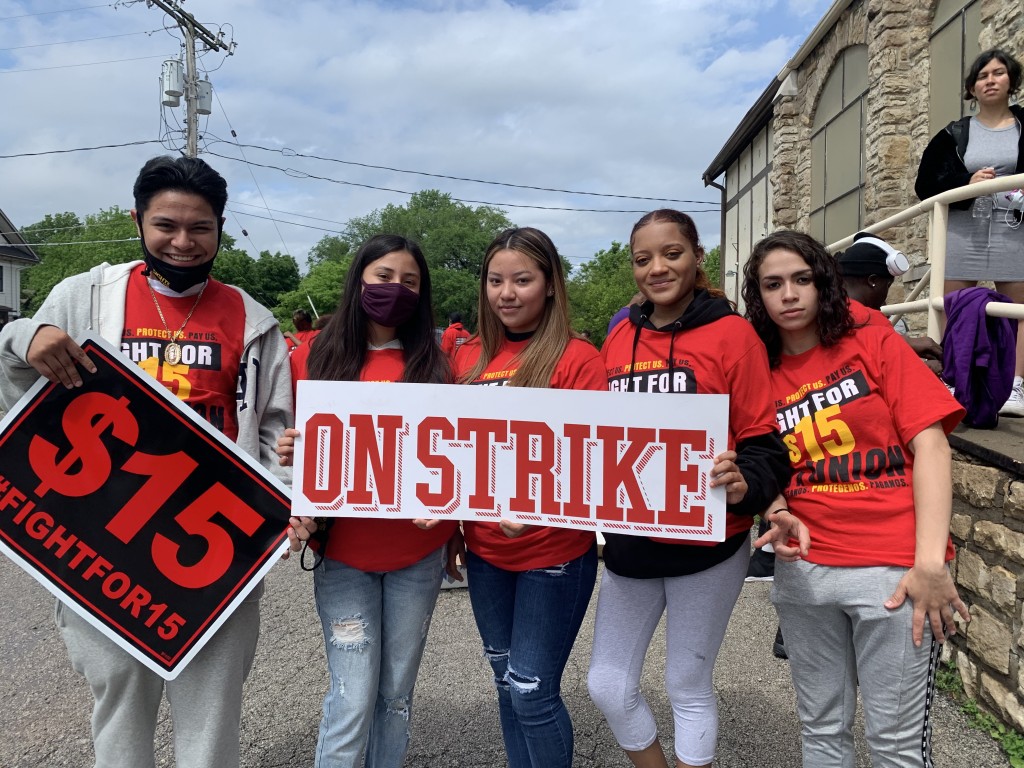 “We’re striking to be heard,” said Wallace. “Our lives are important,” Scott added.

Robert Parsons of Independence earns $12 an hour as a McDonald’s shift lead. He said that even though he’s a manager, his wages are not enough to get by. He lives with two roommates to cut down on rent, and he said higher wages would help him catch up on back bills. 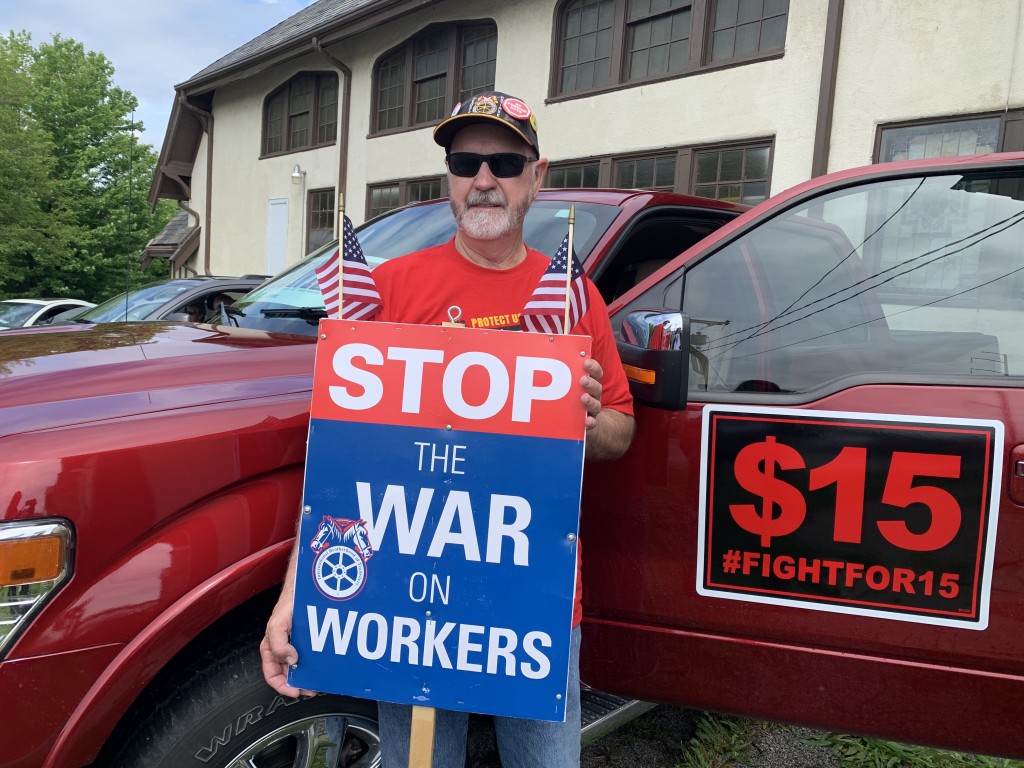 Wes Epperson, a retired UPS worker, said he was joining the strike because “everybody needs a union.” He said unions do far more than increase pay—they can improve worker safety and health, create seniority rights, and give workers a grievance process to hold employers accountable.

Dana Alcocer of Kansas City, MO is a mother of four young children and earns $14.50 an hour as a McDonald’s manager. She said she’s on strike for basic benefits like sick days, health insurance, and better workplace safety. She said she wants to make a better life for her family: “I want to be there for my kids and provide health care for them, and be an example to them that if something is not right, you should stand up for it.”

Organizers say their work is making an impact. In a press release, organizers pointed to Costco CEO Craig Jelinek’s February announcement that Costco would raise its starting wage to $16 an hour, and President Biden’s executive order raising roughly 390,000 federal contractor and subcontractor minimum wages to $15 an hour.

Epperson said workers—when organized into unions—can effectively push for their own rights. He pointed to pension legislation recently passed through the Biden Administration’s American Rescue Plan, which will protect retirement benefits for roughly 1 million workers. The legislation was a six-year effort led by Teamsters workers.

McDonald’s recently announced it was raising wages to $15 an hour, but the raises apply to less than 5% of locations and the raise is not a minimum wage. Workers called bluff on what they see as a PR stunt, and they demand all franchises be held to the same standard.

“If [the McDonald’s corporation] can control these franchises—tell us what uniforms to wear, what straws to use, and even how to handbags out—then they very much can dictate the wages paid in their stores as well,” Wise said. 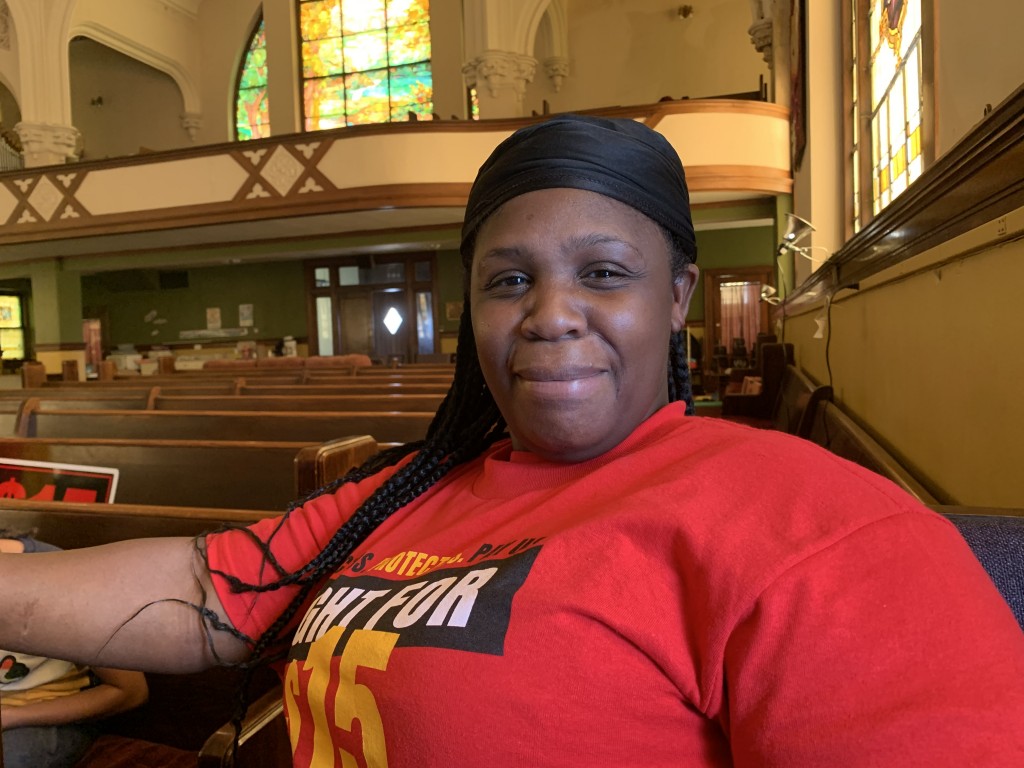 The strike is an urgent cry for relief. When Marie Fry, a mother of three and a McDonald’s worker, was asked why she was striking, her answer carried the weight of service that all parents know: “I’m a single mom.” 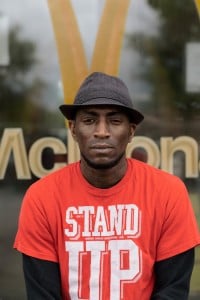 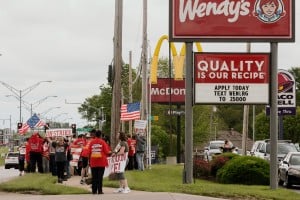 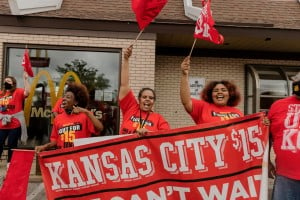 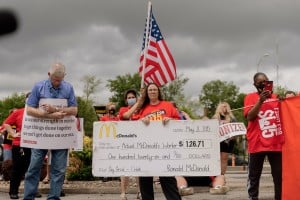 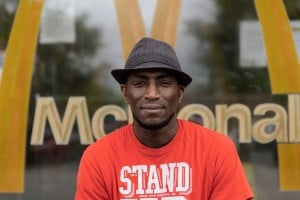 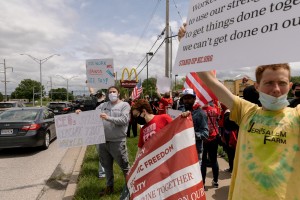 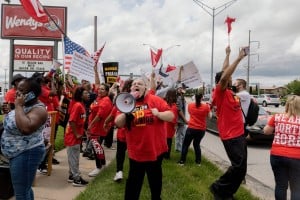 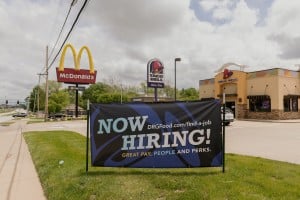