Streetcar: An honest debate gets drowned out by annoying peripheral issues 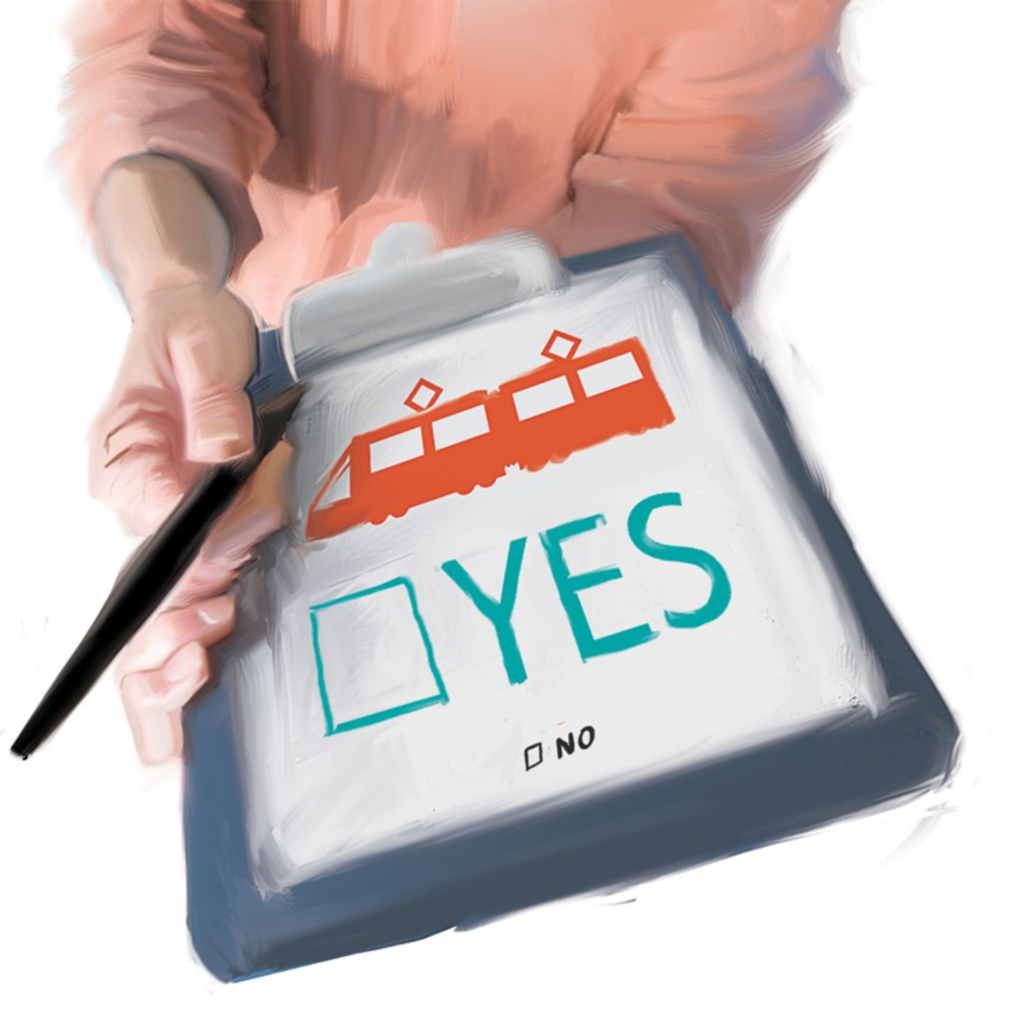 Kansas City, Missouri, leaders must feel like they can’t win for losing.

When city leaders try to move a big-dollar idea along, they get accused of cramming pet projects down everyone’s throat. When they launch an “outreach” effort to talk to more people about those ideas, they get slapped with an ethics complaint.

Last week, Citizens for Responsible Government (CFRG) sent a letter to the Missouri Ethics Commission complaining that City Hall was steering money through contractors in an attempt to sway voters. The contract in question was part of a larger $4.3 million award to Burns & McDonnell to do pre-engineering work on the streetcar-expansion proposal.

To those suspicious of City Hall’s motives, the deal smelled like city leaders getting ahead of themselves to please one of Kansas City’s biggest businesses.

Those concerns were stoked by a $685,000 subcontract by Burns & McDonnell to Parson & Associates to knock on doors to gather feedback about the project.

Parson & Associates also does PR work for the downtown streetcar project. Presumably, the firm would like to get paid for that work and to keep getting paid. Those chances increase the farther the proposed streetcar line extends through the city.
For city insiders, the arrangement looked like municipal business as usual – and not in a bad way. Parson & Associates is a minority-led business, which satisfies city laws for minority- or women-owned companies participating in municipal contracts. For a city often criticized for its lack of planning, why not plan ahead? Why not get out into communities affected by the project to get a sense of how its residents feel? And why call it electioneering when the outreach process hasn’t even started?

Mayor Sly James lamented CFRG’s ankle-biting, saying that outreach was a requirement of the National Environmental Policy Act. This is where the city gets itself in the cross hairs of groups like CFRG. Voters haven’t passed the streetcar expansion, which means the city hasn’t applied for the 50-percent federal-funding match that it needs to collect local taxes to fund the project. Therefore, the NEPA requirement doesn’t yet apply.

Federal regulators also don’t care what type of outreach cities do before they apply for federal funding. As far as the Federal Transit Administration is concerned, City Hall can knock on all the doors it wants. But once the application process for federal funding starts, the city must do some sort of outreach.

These types of community-engagement projects aren’t rare. Jackson County officials held town-hall-style meetings in anticipation of their as-of-yet-unrealized commuter-rail program. Doors got knocked on ahead of the construction of U.S. Highway 71.

It’s not a mystery where City Hall stands on the streetcar; staffers and council members aren’t disinterested, neutral observers. It’s a city-led project – and, perhaps, more than any other since the Power & Light District, it has been a mayoral crusade.

Last week’s dustup is endemic of the discussion surrounding the streetcar, one dominated by reactionaries on both sides who drown out any attempt at honest debate.

CFRG is aligned with Friends of KCI. Both groups oppose Kansas City’s forays into big-ticket items, citing other basic needs being ignored. It’s a reasonable position, but it often amounts to loud voices without sensible alternatives to City Hall’s attempts to forge progress on issues like public transportation.

On the other side are people like Russ Johnson, a sitting council member who is defining his time in office by pushing the streetcar and airport projects. Publicly, he doesn’t help either cause with his level of discourse. Johnson sees any streetcar dialogue that isn’t 100-percent aligned with his views as an attack on his mandate as the chairman of the city’s Transportation and Infrastructure Committee.

Johnson has spent time rooting through journalists’ Twitter feeds, including mine, and has leveled absurd accusations of bias against journalists who follow opponents of his projects on the social-media platform.

Johnson also hasn’t fared well in public appearances when quizzed about the streetcar’s merits. He struggles to hide his disgust toward any commentary that doesn’t square with his beliefs.

There are other reasonable, measured viewpoints on the streetcar, and there’s plenty of room to have a sensible discussion. But they get drowned out by the louder voices on both sides.

The August election, the first of two to approve or reject the streetcar expansion, can’t come soon enough.