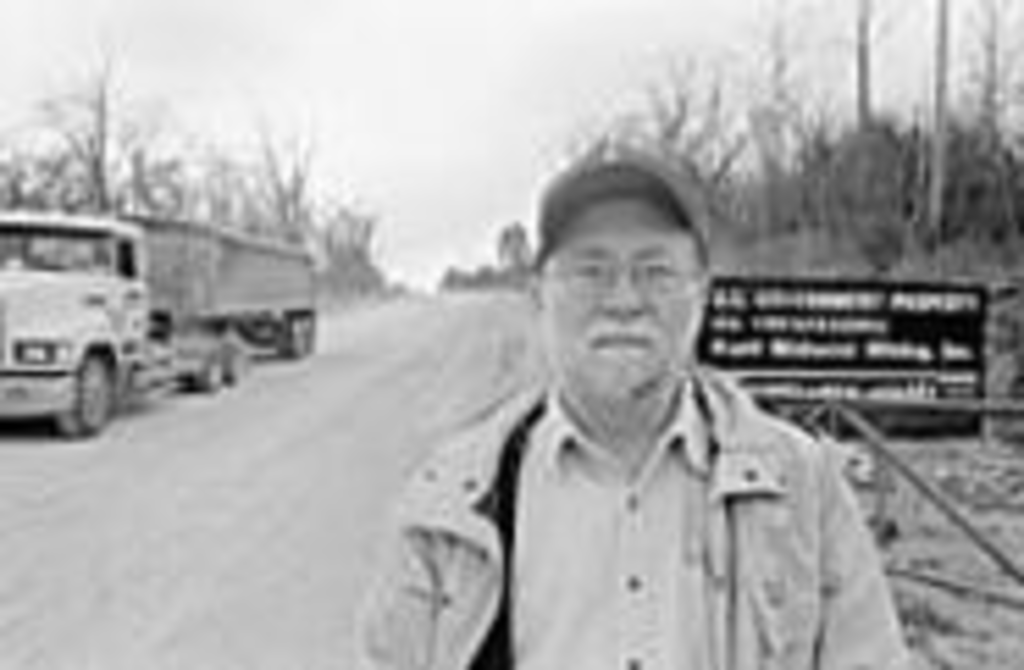 Mark Crumbaker pulls his truck to a stop on a dirt road near his home and counts the deer crossing before him. “Thirteen!” he exclaims, unable to conceal his pleasure. “See, that’s what kind of a place this is!”

It’s a common sight for his daily commute, which takes him along 95th Street on the southern edge of DeSoto. With its sparse smattering of suburban and country homes, his neighborhood is as close to bucolic bliss as any corner of the metro area could be. It’s so peaceful, it’s hard to believe a massive gravel quarry operates within a half mile.

Just over a ridge to the south, Hunt Midwest Mining has been blasting rock out of the landscape since 1991. Yet because of a restrictive agreement with Johnson County, the nuisance of the mine has been kept to a minimum. “The county did a decent job of keeping it buffered,” Crumbaker says.

But now Hunt Midwest is looking to spread out, and Crumbaker is afraid it will disturb the calm of his home. Worse, he fears he and his neighbors won’t have any say in the matter.

Hunt Midwest’s agreement with the county — called a conditional-use permit — expires this month. With this change on the horizon, officials for the company began shopping around last summer for, in the words of one public document, “a better deal.” Specifically, they wanted the right to mine closer to neighboring residential properties.

Hunt Midwest officials started at the county level, where they sought assistance in building a new access road. They were denied. They then turned to the City of DeSoto, asking first for their land to be rezoned and to receive a special-use permit. But city officials feared this would open the door for other industry to move into the area. So a new line of discussion began. The two parties began hashing out a deal to have the company’s land annexed into the city and to allow Hunt Midwest to get what it wanted.

The discussions stretched into early fall — spanning two closed-door executive sessions — before a proposed annexation agreement was revealed to the public for the first time at the city council’s September 7 meeting. Area residents say they were caught off guard. “This whole thing was almost a done deal,” Crumbaker says. “Were it not for a couple of councilmen who voted to table this thing, it would have been done.”

The two DeSoto council members who voted to postpone the decision were Tim Maniez and Linda Zindler; the latter lives within earshot of the mine. Even Zindler was taken aback by the process. She tells Pitch Weekly she contributed little to the private discussions. “I was very uncomfortable with that situation,” she says.

It took another four months of discussions — some of them public, some in executive session — before the annexation was agreed upon and voted into the city’s books. But the fight didn’t stop there. On January 8, just four days after the annexation was approved on a 3-2 vote, Crumbaker and his wife, Dianne, and a dozen of their neighbors filed suit against DeSoto and Hunt Midwest, alleging that the annexation process violated the city’s own laws.

The group maintains that the town’s zoning regulations specifically require a special-use permit, which would be subject to an application process that would include public hearings before the planning commission. “All we’re suing for is due process,” Crumbaker says. “If I want to put something on my property, I have to go to the planning commission and have my neighbors come out and have their say. Why doesn’t Hunt Midwest?”

Their lawyer, Bill Nelson of Overland Park, is optimistic about their case. “I feel we probably have a good chance of prevailing,” he says. “Kansas law is pretty clear that you have to get a special-use permit and to follow procedure.”

With a lawsuit looming, city officials are cautious with their words. But Mayor Steve Prudden is adamant about the city’s innocence. “There’s nothing illegal here,” he says. Moreover, the annexation won’t open the door to additional industrial development as a rezoning would. So he’s puzzled by the lawsuit. “The thing most people out there don’t understand is that if it went through their way, there would be heavy industry in their backyard,” he explains. “We were trying to protect the same people who are suing us.”