Stockyards Brewing Co. signs lease to take over half of Golden Ox space 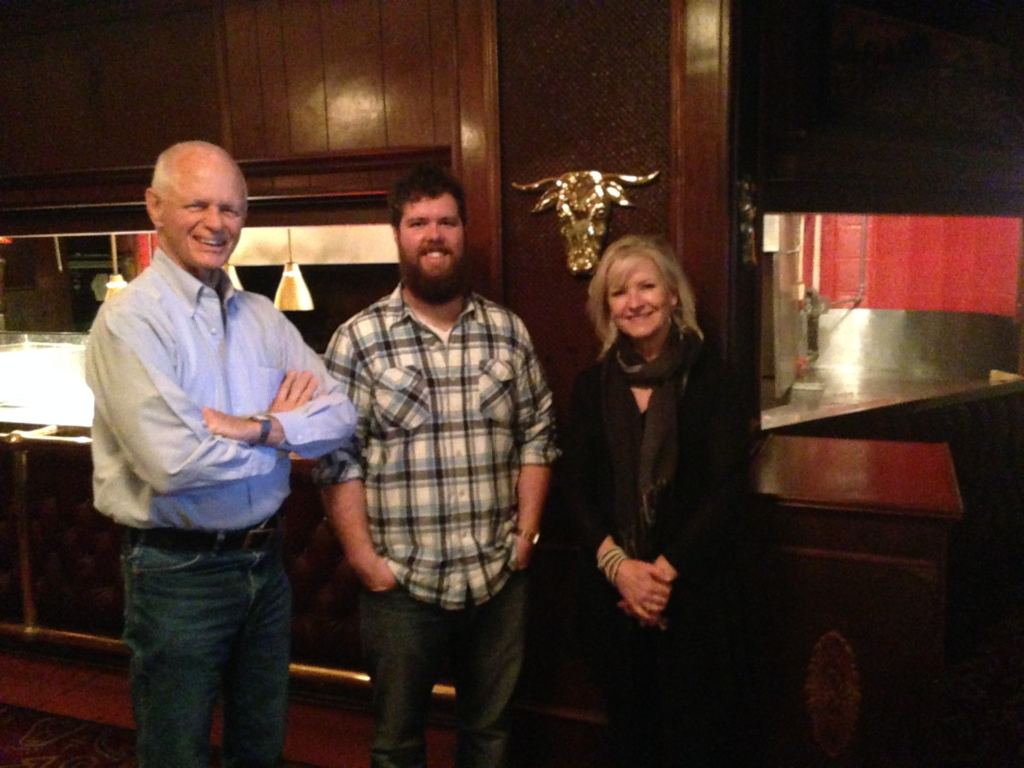 Stockyards Brewing Co. is taking over part of the former Golden Ox space in the West Bottoms, with early October targeted as the beermaker’s opening day.

Last October, The Pitch published a sneak peek of six new breweries set to open in late 2014 and throughout 2015. Greg Bland’s Stockyards Brewing Co. was among them.

Bland, director of environmental services at Travois, knew then that he wanted to take over the historic West Bottoms steakhouse space, but he didn’t want to talk about it until the lease was officially signed. The ink is now dry.

“It’s the Golden Ox,” Bland says. “It’s the history of the West Bottoms … so I feel really great that I can come in and work in this space and the environment that was created here, to bring something new and exciting to what was the old Stockyards and the West Bottoms, which is now sort of a cool revitalized area.”

Bland started talking with Bill Haw Jr. about a year ago about available spaces in the district. Bill Haw Sr., owner of the Golden Ox building and much of the rest of the Stockyards District, joined the conversation six to eight months ago. The plan is to split the old Golden Ox space into two separate businesses, with Bland’s Stockyard Brewing Co. claiming the old Ox bar and much of the space to the south and west of the building. The other half remains available for a potential restaurant.

“It’s really important for me to be coming into this space to sort of utilize the history and the nostalgia and what everybody loves about the Golden Ox space and keep that tradition alive in a new fashion,” Bland says. “We would like to keep the Golden Ox name in some fashion, maybe not necessarily the big Golden Ox sign on the outside of the building. Maybe have it be inside so you can remember that this was the Golden Ox. This was the Ox bar, but it’s now Stockyards Brewing.”

Bland says the bar space will stay pretty much the same, though he’ll add new furnishings, tables and seats, and install tap lines and bar equipment.

Bland plans to put his 15-barrel, three-vessel brewhouse in the southwest dining room that connects to the bar.

“That’ll see the majority of the renovation,” Bland says. A wall will separate the brewhouse from the restaurant.

Bland will produce about 1,500 barrels of beer in his first year, brewing primarily ales to keep up the schedule. (Lagers take longer to produce.) Among the beers he plans to make: a black IPA, a dark pale ale, stouts, porters and a few lighter beers such as his Kentucky common. The plan is for four year-round beers and from four to five rotating seasonals and one-off beers.

Once Stockyards is up and running, Bland expects to add distribution, starting in kegs, in Missouri and Kansas.

The plan for the west side of the building is a back bar or storage space in an old dining room. Bland hopes to build a new entrance for the back bar to open to the western-facing parking lot. The back bar would lead past the brewing space and into the taproom. A cellar for fermentation tanks will also be built along the south wall. The brewhouse and serving tanks will sit in the existing dining-room space.

Bland started as a home brewer eight years ago. He has taken classes at the Siebel Institute of Technology in Chicago, but he plans to hire a brewmaster. He plans to order his brewing equipment this week; he’ll need six months for the equipment to be built and installed.

“We’re really hopeful for October 1,” Bland says of his opening date. “That’ll give us a little time to run a few batches through the new system and see how everything is up and running and have a few soft openings and a true opening in early October.”

Bland says he’s working with two architecture firms. Framework Design is doing “all of the hard architectural drawings, the drafting and everything.” And John O’Brien, from Hammer Out Design, who worked on the Amigoni wine company’s tasting room and the old R Bar space (now Voltaire) across Genessee, is also helping with the concept and design.

“The Golden Ox had become a haven for old males, primarily,” he says. “Greg is obviously a young male with a young concept, and that was really attractive.”

Haw Sr. says the old Ox space was “too damn big” for just one tenant. He and Kerry Amigoni say they’ve put out feelers to chefs in town for the other half of the building, but everything is in the preliminary stages.

“As we’re approached, most people see the beauty of keeping it a steakhouse and potentially using the name because we do own the name,” Amigoni says. “We’re hopeful that something like that can happen. We just haven’t met the exact right person yet.”

“Beer is the only alcohol that I drink 99 percent of the time,” Haw Sr. says. “I love Boulevard Pale Ale. I love that Boulevard is local. I love the fact that Greg will be even more local to us as a tenant in the building. I think I’ve tried three of the brews now, and they were excellent. It’s exciting to me that he has great products, and keeping the whole concept here in the building seems like a good fit.”

“It’s not dead at all,” Haw Sr. says. Kemper Arena is going to go up for request-for-proposals again, and the Foutch plan, he says, is coming back. “It’s going to take a pretty good plan to beat this,” he says. “We want to maintain the warmth there is for the past, but young people and new trends is obviously where the future is.”

Haw Sr. is also looking at a proposal for a prospective market-rate apartment complex (about 230 units) that would go where the Golden Ox’s south parking lot is now and complement the upscale apartment building already under construction on Genessee.