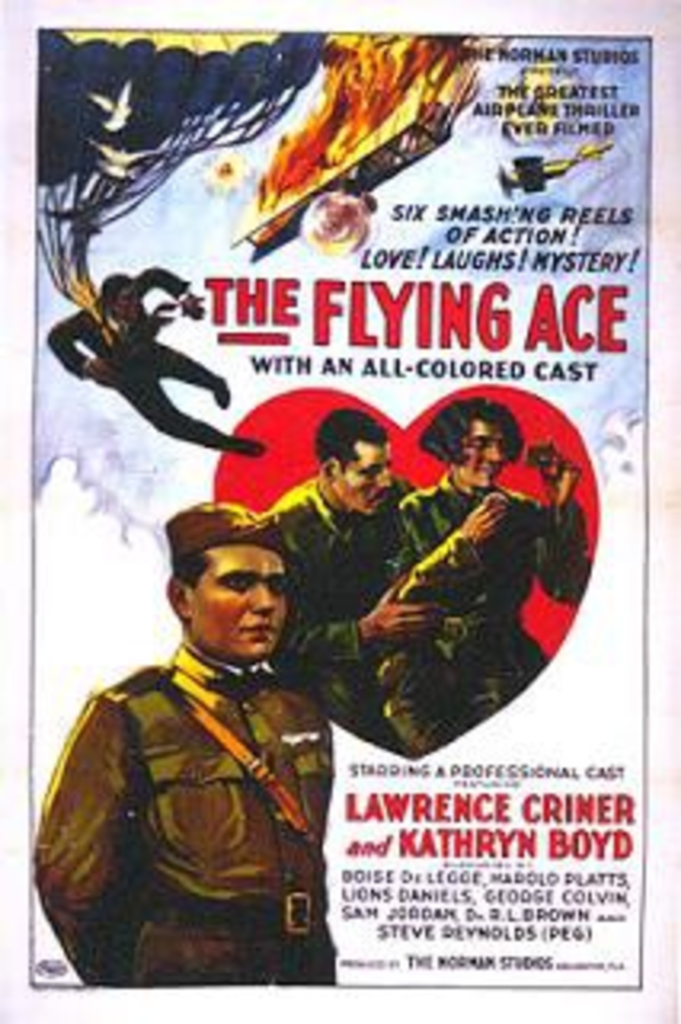 Business was booming on Monday at the Liberty Memorial and the National World War I Museum, where people who were serious about observing Memorial Day came to pay their respects. One of the long weekend’s events was a panel discussion on “The Relevance and Importance of African Americans in World War I.”

Speaking that day were history professors Pellom McDaniels of UMKC and Chad Williams of Hamilton College in New York. McDaniels may be more widely known in Kansas City as a defensive lineman for the Chiefs in the 1990s, but these days he’s a scholar and an educator.

On Monday, he started off with a few thoughts on The Flying Ace, a 1926 “action” movie whose hero is an African-American fighter pilot, just back from WWI, now working as a railroad detective charged with recovering $25,000 in missing money. The film’s director was a white guy named Richard E. Norman, who, McDaniels noted, sought to create authentic representations of African Americans — as doctors, lawyers, bankers. “The community as it was, not as it was imagined,” McDaniels said.

In doing so, McDaniels said, Norman created a “site of memory, recalling the participation of African-American men during the great war, imbuing them with the character of a fighter pilot, with their integrity and heroism.” Only one problem: “There were no African-American fliers during World War I.”