By keeping KC up to date, Steve Kraske’s journalism legacy is still being written 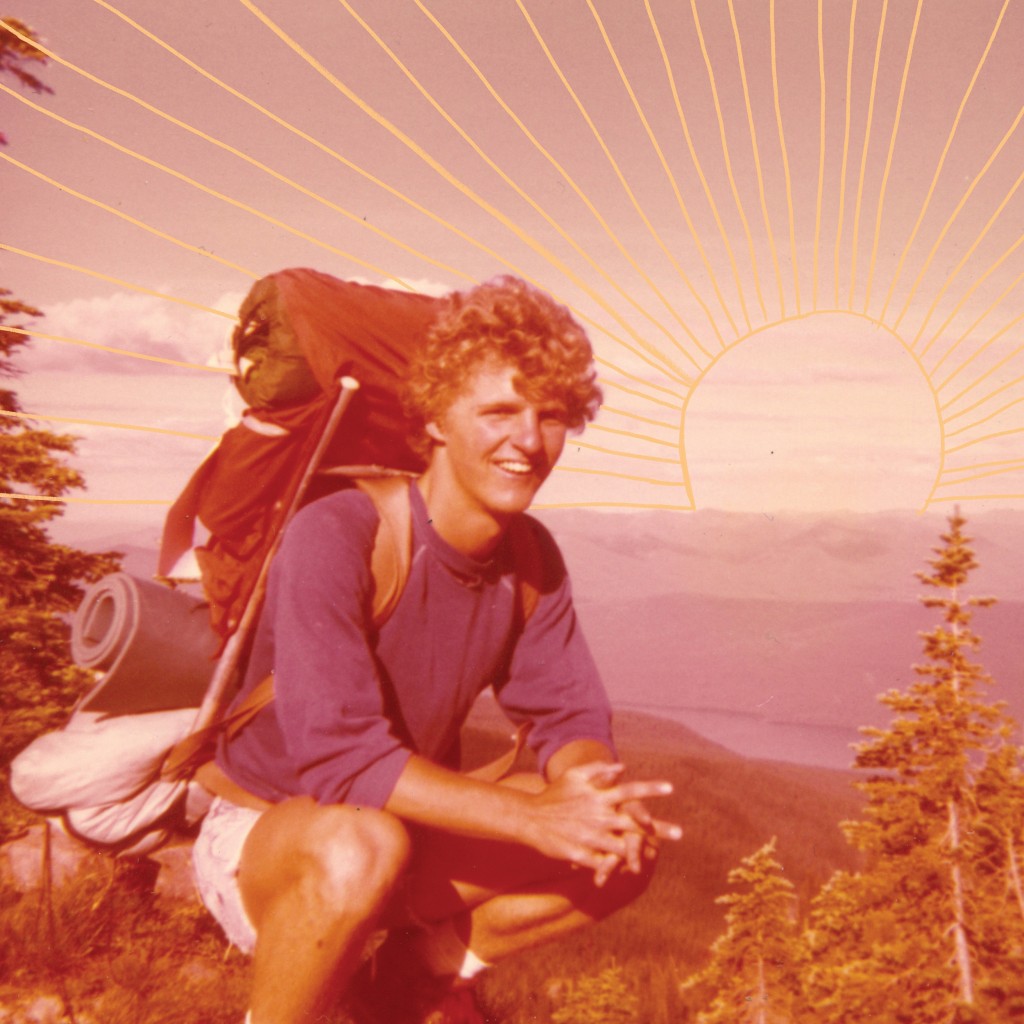 KCUR’s Steve Kraske has helped to shape the very language of our local and national history, and his reporting has had a huge impact in the Kansas City area. Kraske, a student of a more traditional era of journalism, is now raising a young and hungry generation of journalists, always consciously considering the ways the industry is changing for better or worse.

Since 2002, Kraske has been the host of KCUR’s wildly popular Up To Date, a current events radio show where he features guests and tackles issues of all size and scale—from politics to entertainment to health to education. He’s also a professor of journalism at the University of Missouri-Kansas City, a husband, and a dad. Of course, he first gained notoriety in Kansas City for his political reporting and eventual editorial board position at The Kansas City Star, where he wrote for 27 years, before accepting a buyout in 2019.

A look back through Kraske’s bylines at The Star shows how tuned in he was (and continues to be) to both local and national politics. He urged readers to remember the name Quinton Lucas in 2015 as an up-and-coming local leader, and issued an eerie warning from before the 2016 election that Donald Trump would stick around for a long time.

As a member of the media, he can be heard as a caller-in on CSPAN segments throughout the decades, covering Kansas and Missouri senate and gubernatorial races in-depth and shaping the area’s political narrative for a national audience.

A career and a legacy like Kraske’s doesn’t happen overnight, though. He had a drive to work hard and a personal passion for journalism’s search for truth from an early age. Somewhere between fifth and eighth grade, he says, he knew exactly what he wanted to do.

“My father was a writer of children’s books and an editor of Minnesota DNR’s [Department of Natural Resources] Wildlife magazine. My mom was very active in behind-the-scenes political stuff. I think I’m sort of that perfect combination of mom and dad.” 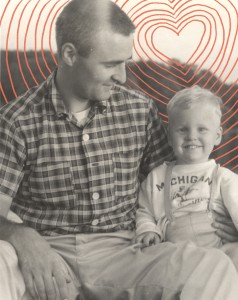 Kraske as a child with his father, Bob, in 1959. // Photo courtesy Steve Kraske. Illustration by Katelyn Betz

He explains of his attraction to both politics and journalism: “It doesn’t happen very often. So many of my students really struggle with where they want to wind up [and what] they are aiming for. And I was just very lucky. I knew really quickly that I wanted to go into journalism.”

At first, Kraske wanted to cover sports, which he did throughout college. But by the end of his journey at the University of Wisconsin-Madison, he developed an interest in government reporting and politics, which is where he began his career post-graduation.

“I was in Freeport, Illinois to start off, which was not a town that I was dying to live in. And then my second stop was in Dubuque, Iowa, [which] was a beautiful town. I had some great friends there on the newspaper and that was really fun, but I wanted to get to something like The Kansas City Star,” he says. “I wanted to cover politics at that newspaper eventually, which [I did].”

A pretty lucky break and a tip from a friend led to Kraske’s initial placement into a position covering politics at The Star, he explains.

“My former colleague in Dubuque and friend, Mike Hendricks, called me one day and said, ‘There’s a job here covering police. You ought to take it.’ And I said, ‘You know, Mike, I don’t want to cover cops.’ He goes, ‘Listen, it’s a great beat in this town. There’s a lot going on. Take that for a couple of years, and you can work your way up into government stuff.’ And sure shootin’, I was here for a couple of years, and then a [position] to cover the Missouri general assembly opened up.”

It was at The Star that Kraske’s reporting grew in scale and readership as he chased gubernatorial races, presidential races, and national presidential conventions. Kraske’s legacy—both as a journalist and an educator—is one he is proud of, he tells me. 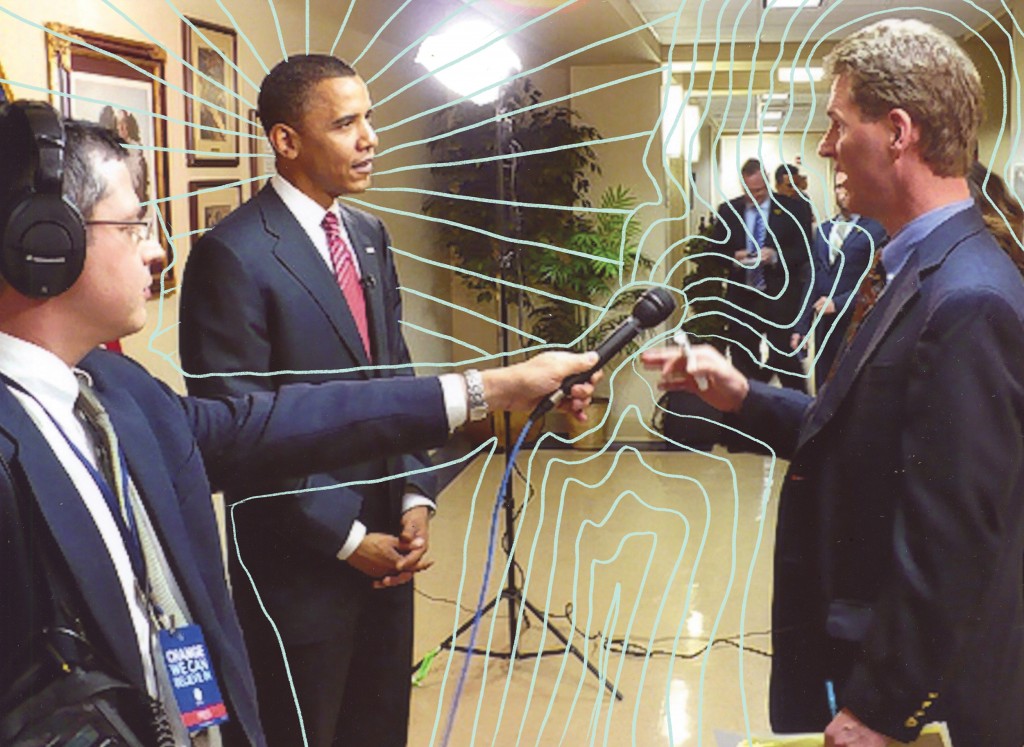 He says “being recognized in Kansas City Magazine a year or two ago for being one of the ‘50 Most Powerful People in the City’” was one of his proudest moments. “That my journalism was having some level of influence … that was cool.”

But he didn’t begin his career for accolades, he explains. “One thing I’m really proud of is that I got through my newspaper career and into my radio career being an honest broker to the best extent that I could. I could look at myself in the mirror every day, thinking I tried my best to present the information as fairly as I could.”

The pursuit of the absolute and objective truth is something Kraske does not take lightly. As his career has evolved over the years through a decline in newspaper readership, an era of burgeoning distrust of the media goaded by an anti-news president, and then a rise in public radio listenership, objectivity has remained a pillar of his reporting. But journalism’s ever-changing landscape makes it difficult to know what to expect for future generations.

“So many people look at the media these days as being jaded, and it’s slanted, and it’s this, and it’s that, and there may be some truth to that,” he says. “But in my experience, I was fortunate in working at The Star, where the emphasis was to be fair and to present balanced stories and to do your best to be honest. And I’m glad I had that opportunity, because anything else wouldn’t have suited who I am.”

As local newspapers have lost readership and funding, journalism has become tougher to navigate emotionally. Combined with the general stress of covering the news, this leads to high rates of depression and anxiety among journalists. This emotional distress is something Kraske dealt with first-hand at The Star, although he was fortunate enough to keep his position.

“Working at The Kansas City Star for the last 15 years when there was round after round after round of layoffs was crushing. Seeing good friends and really talented colleagues heading out the door because the newspaper wasn’t making as much money as it once had was depressing,” Kraske says. “You were constantly looking over your shoulder to see what was going on and keeping an eye on how the paper was holding up. No one enjoyed that. That wasn’t fun for the editors. It wasn’t fun for the reporters.”

However, Kraske is optimistic for a new generation. And with his leadership at UMKC’s student paper, we also have reason to be. I personally benefited a great deal from Kraske’s advice, editing, lists of AP style mistakes not to make, and mentorship as I began my journalism career.

I first met Kraske, my professor, during my sophomore year at the University of Missouri at Kansas City. After somewhat abruptly switching my major to communications, I felt anxious about taking an introduction to journalism class, afraid to admit I didn’t know much of anything about journalism writing. Right away, I was calmed by Kraske’s cool demeanor and fact-based approach to writing, which worked well for even the most nervous beginner.

I also learned quickly what an impact Kraske has had on journalism at both a national and city level as I became more involved with our school’s journalism program and newspaper, UMKC’s University News. Our paper’s faculty advisor, career journalist Bill Bell, lauded Kraske’s legendary status to the class and reminded us to always take advantage of what an incredible resource he is.

“He really inspires me,” says Bell about Kraske. “Nobody from his generation, for the most part, is still practicing journalism. They’re all gone, but he’s still there. I really admire him.” 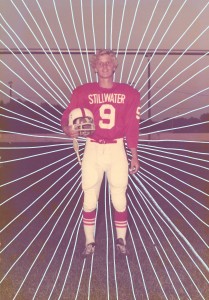 Kraske helps students to navigate a sometimes daunting career field for seniors nearing graduation and trying to find their footing in the professional world.

“Kraske is someone who has really helped me become the person I am today in the journalism world,” says Adeta Chareunsaub, U-News’ social media editor. “Before taking journalism classes at UMKC, I wasn’t sure if I was taking the right path or not. But during my time with Kraske in his classes, he taught me that there was a place for me in journalism and that there were a variety of ways that I could make a good influence on it.”

“Steve Kraske is the nucleus of the College of Arts and Sciences and all things communications at UMKC,” says student and U-News reporter Lawrence Brooks IV. “From the first day I entered his intro to journalism course in the fall of 2020, I knew that my life as a journalist would be forever influenced by his tutelage, and UMKC was the right place for me. He has challenged me in ways that I didn’t believe was possible and I will be forever grateful for the opportunity to have him as a professor and mentor.”

UMKC’s communications program is incredibly lucky to have someone with an outlook like Kraske’s as we all navigate uncertainty in the world of journalism. He seems to feel lucky to have us, too, noting that his students are the proudest part of his legacy.

“The whole cadre of journalists coming out of UMKC who find their way in the business and get great positions, and have important roles, and are able to do good work: that’s what I’m all about.” Kraske says. “It’s a great way to end a career. Working with so many talented folks.”

While the journalism industry is much different now than it was when Kraske began his reporting, his impact remains significant. He’s known all over Kansas City and respected nationally for his reporting and editorial writing. At Up To Date and as a professor at UMKC, he’s found a way to continue doing what he does best and shape the careers of young people as passionate as he is.