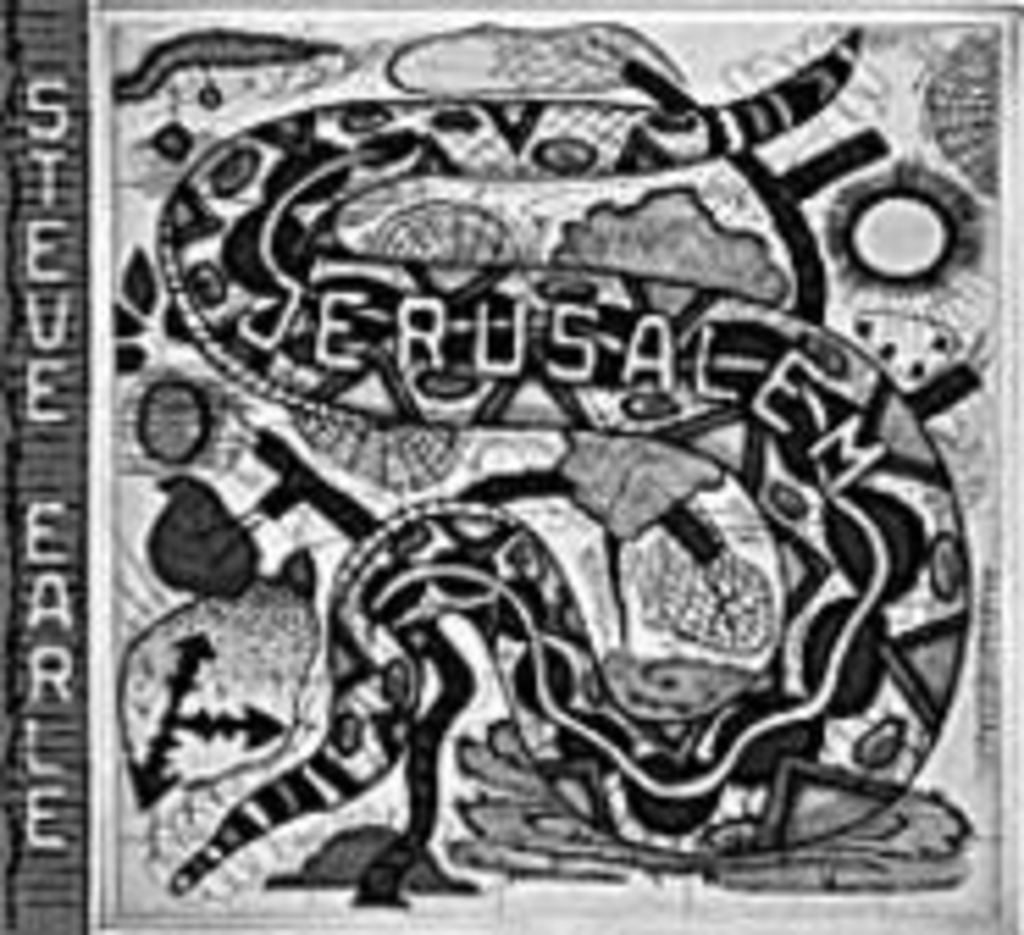 Turns out “John Walker’s Blues” was the least of it. Prerelease crossfire targeted Steve Earle’s brave and wondering — albeit inevitably incomplete and instantly notorious — attempt to figure out the so-called “American Taliban.” But Jerusalem, Earle’s impassioned post-9/11 plea to his fellow citizens, has much larger goals than empathy with a mixed-up teen. Faced with a political landscape increasingly blighted by warnings to watch what we say and by pressures to pledge our allegiance no matter what, Earle dares speak out here in favor of freedom, democracy, equality — that is, precisely the crazy dream for which we’re ostensibly fighting in the first place. To paraphrase some dead white guy or other, the John Ashcrofts and Toby Keiths have merely interpreted the world; Earle hopes to change it.

Step one, he argues, is to sing the blues. Or, more accurately, to realize there are a variety of blues in need of singing and to distinguish between their specific natures. To that end, the opening “Ashes to Ashes” reminds us first of what’s out of our hands. Charging into battle atop drummer Will Rigby’s implacable timekeeping, Earle unspools a fever-dream tale of bloodied hands and tumbling towers that aspires to myth or prophecy or both at once. Now, nobody lives forever, Earle reminds, summarizing our shared fate in a wracked yelp.

Jerusalem isn’t just about death’s inescapability, though; it’s about how we might yet choose to live. On “Amerika v. 6.0,” Earle turns to issues of inequality and injustice — blues all too human-made and, as a result, still remediable. Earle delivers his barbs with the bitterest irony. Got no health care? Well, sorry ’bout that, but everybody’s gotta die sometime … that’s the best we can do. Worried about poor people stealing your shit? Then move to a gated community: [I]t’s either them or us, and that’s the best we can do. Eric Ambel’s jumpin’-Jack guitar lick, Rigby’s cluster-bomb kick drum and Kelley Looney’s snaking bass join forces on a rhythm track every bit as undeniable as Earle’s righteous anger.

Of course, we can do better — a declaration of independence that, Earle insists, must be underscored perpetually, even during a “war on terror.” Indeed, especially during such a war. Ideally, Earle’s polemic will prompt listeners to interrogate homegrown fundamentalisms. The economic fundamentalism of free markets, say, or the nationalist fundamentalism that inspires even secular-minded Americans to believe that God roots not for humanity but for the U.S.A.

Earle knows that really challenging such, uh, sacred cows requires more than merely preaching to the choir. Maybe that explains the most sonically ambitious album of his career. On Jerusalem, whether storytelling or speechifying, he has mostly jettisoned his country streak in favor of Springsteen-inspired rock and roll, working-stiff Tex-Mex and chiming pop — all of it with up-to-date studio touches. The female singers on “Conspiracy Theory,” for instance, sparkle with a luster that could’ve been borrowed from Prince. The effect is that the chorus — Hush now, don’t you believe it, cover your head and close your eyes — becomes a dangerously seductive sirens’ call.

In the closing title track, Earle watches more depressing news on television and feels himself slipping into cynicism. But before it’s too late, he rights himself, insisting I believe one fine day all the children of Abraham will lay down their swords forever. That’s not some unearned prediction. It’s hope, maybe even faith, and it remains the necessary first step to achieving America.