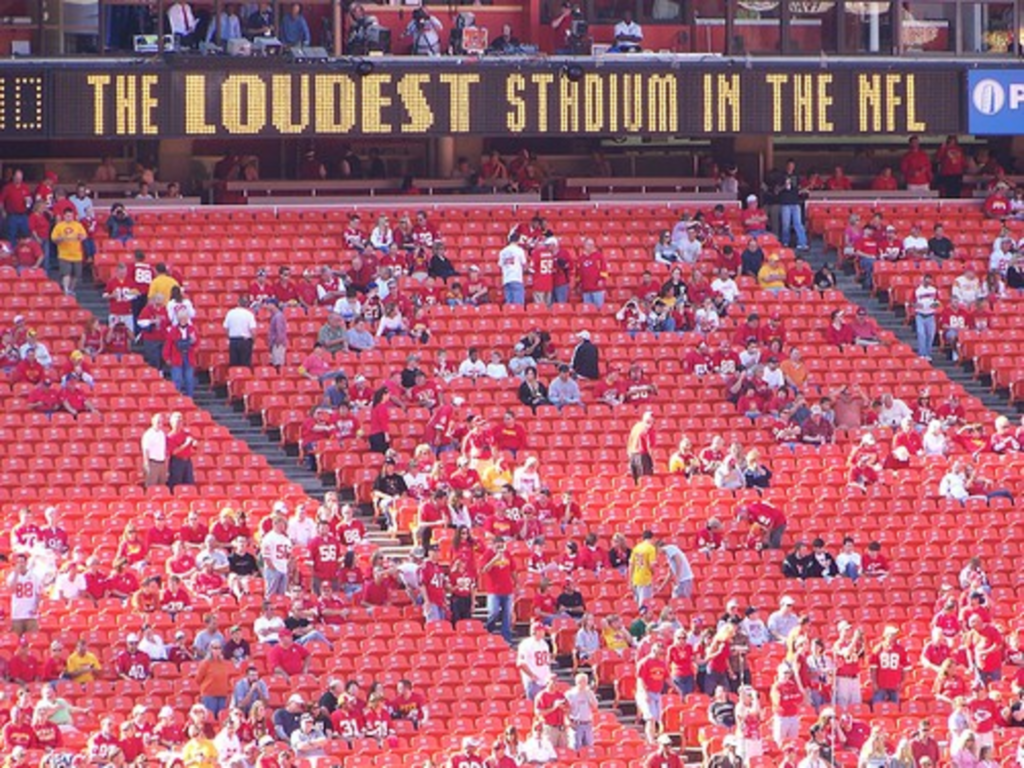 I read a lot of local blogs when I probably should be “working” or “reporting” or whatever my co-workers in this building do. I probably owe The Pitch about 2,187 stolen hours. Hey, I’m totally going to make it up. Starting today. So here’s Stealing Time, a daily digest of the best stories on Kansas City blogs. Just don’t tell my boss about that whole not-working thing.

General Blather has an awesomely hilarious photo of the loudest — and possibly the emptiest — stadium in the NFL.

Jeff Roe’s The Source unloads everything Sam Graves’ campaign didn’t smear Kay Barnes with. So far, the four-part series has shoveled out Barnes’ ties to a notorious massage parlor owner, her history as a sex therapist, her attendance record on the Jackson County Legislature in the ’70s and on other commissions and Sprint Center suite seats bought on the cheap from a local law firm.

The Kansas Meadowlark wonders whether George Brett will even show up to vote against electing judges Tuesday. The Meadowlark is betting no, given that the Royals legend — and noted robo caller — has only voted once in the past seven years.

Who’s gonna run in 2012? Nick Sloan’s already thinking about the possible Democratic and Republican candidates. I can’t think of anything past Wednesday let alone four years from now.

Johnson County Commissioner and Burger King franchisee David Lindstrom could be an “October surprise” thanks to a nasty mailer from Kansas Club for Growth, muses Life in SoJoCo. Life in SoJoCo also has plenty of photos of the Burger King rubbing down a bikini girl on the beach.

Erin in the Real World recaps her epically awkward first meeting with Mr. Perfect. Erin, you actually made me cringe when you serenaded Perfecto with AC/DC’s “You Shook Me All Night Long.”

OK, back to work.