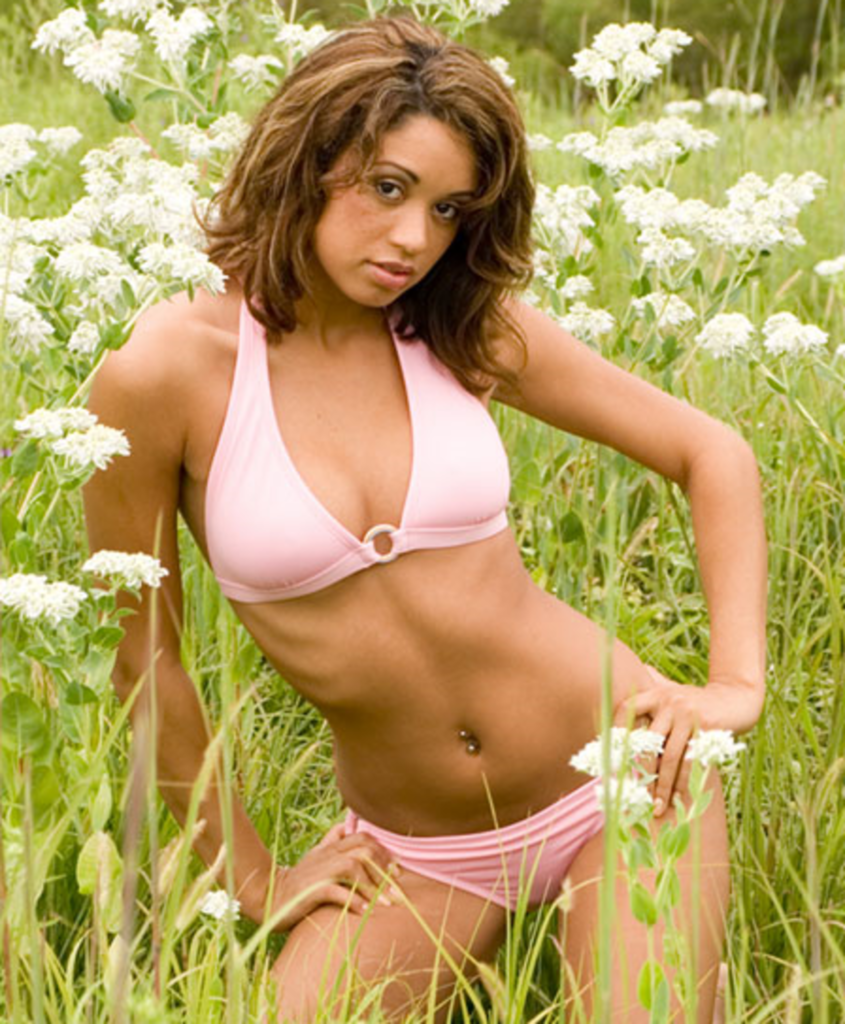 Who could spit in this face? Or kick her off a Kansas prairie? Not me, but Larry “King Pink” Johnson allegedly hacked a loogie in Ashley Stewart’s face at Blonde. Jay-Z’s boy allegedly added that he would also like to kill Stewart’s boyfriend. I guess this wasn’t the best pick-up line ’cause Stewart is now suing Johnson, accusing him of assault, battery and a whole bunch of emotional distress. Yesterday, Deadspin and Arrowhead Addict discovered these sexy swimsuit pics of Stewart, taken for the 2006 Women of KU swimsuit calendar. Meow. King Pink may want to grab his checkbook.

Fox 4 looks at the Kansas City Police Department’s 30-years-and-done retirement policy. Sgt. Jim Rubenstein hit his dirty 30 — he’s only 52, and he’s not ready to hand in his badge. Kansas City’s police commissioners are considering changing the rule. The money quote from “Rube,” as his fellow officers call him: “A lot of people would think after 30 years (I’d) be the chief by now? I should be the fucking chief!”

Thoughts From Kansas’ Josh Rosenau — hey, we haven’t heard his name in a while! — dissects a blog daring to ask “Are gay rights groups turning into hate groups?” “No,” Rosenau succinctly writes. The offending blog was written by Martin Cothran, who Rosenau says is a blogger for the pro-intelligent design Discovery Institute and a member of Focus on the Family’s ‘Tucky affiliate. Cothran’s feelings were apparently hurt because he supports Prop 8 and Prop 8 supporters have been called bigots. “Bigotry is indeed hateful,” Rosenau writes. “Trying to take away people’s marriages, simply because one is prejudiced against those people’s sexualities, is bigotry. And that’s hateful. If Cothran doesn’t like it, he should stop the bigotry.”

NBC Action News printed a bunch of fake missing-person posters, posted them around KC and KU and had the “missing person” hang out in the area to see if anyone pays attention to them. Uh, they didn’t. But one of the “missing persons” did get hit on. Stay classy, Kansas City.