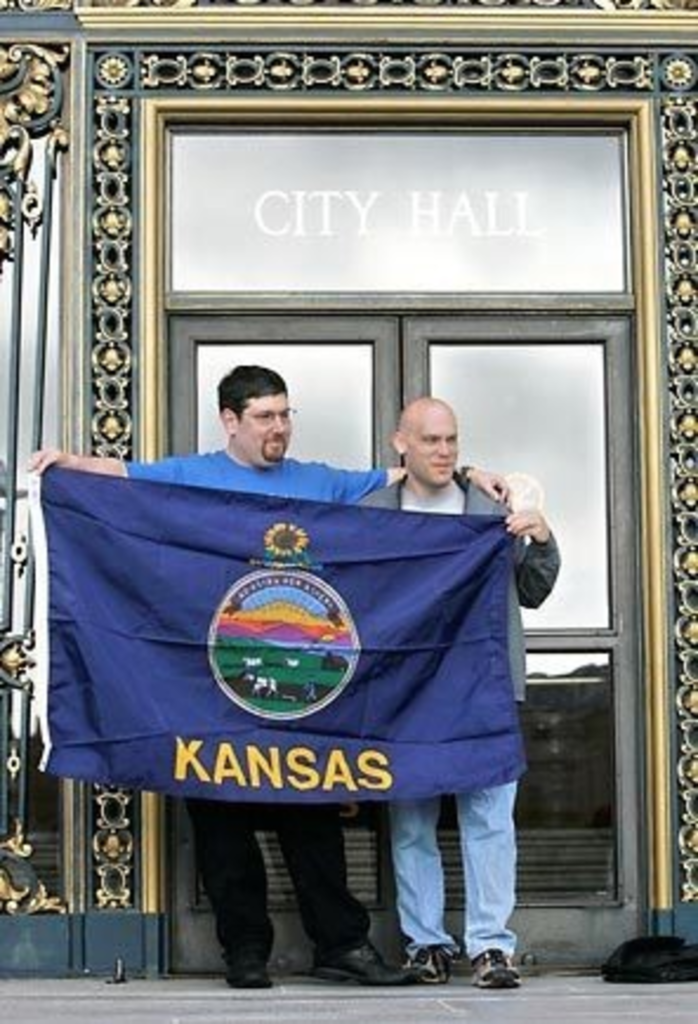 Thoughts from Kansas’ Joshua Rosenau challenges the notion that only people who can have children should be allowed to marry. If poppin’ out babies were a pre-req, then Rosenau’s widowed, 70-something grandmother wouldn’t have been allowed to remarry. “Whenever I hear someone say that marriage is about procreation, I think of my grandmother,” Rosenau writes. “Not just because she is a counterexample, but because her example of calm, quiet, and loving outreach to others is a good guide. I know that she would stand up for her right to marry the man she loved, the man who loved her children and grandchildren like they were his own, and whose children and grandchildren she loved like her own.”

Dan from Gone Mild points out that the Gloria Squitiro racial-slur suit was settled for less money than the City Council wanted to drop on consultants and record checks. “While I’m confident that Ms. Squitiro is disappointed that the case got settled, I want to point out that somebody here was pretty darned smart with the money, and it most definitely was not the hysterical City Council!” Dan writes. “If I recall correctly (and I do), the only person who voted against the misguided, ineffective volunteer ordinance was Mayor Funkhouser.” Meanwhile, TKC celebrates.

If you ever wondered where grandpa’s body went when he donated it to science, you may want to skip this NBC Channel 41 Action News report. A four-month investigation revealed that the National Highway Traffic Safety Administration has been using cadavers as crash test dummies since 1981. Meet your eternal reward: an air bag in the face.