Start Black Friday with day-drinking at Tapcade, plus the week’s beer events 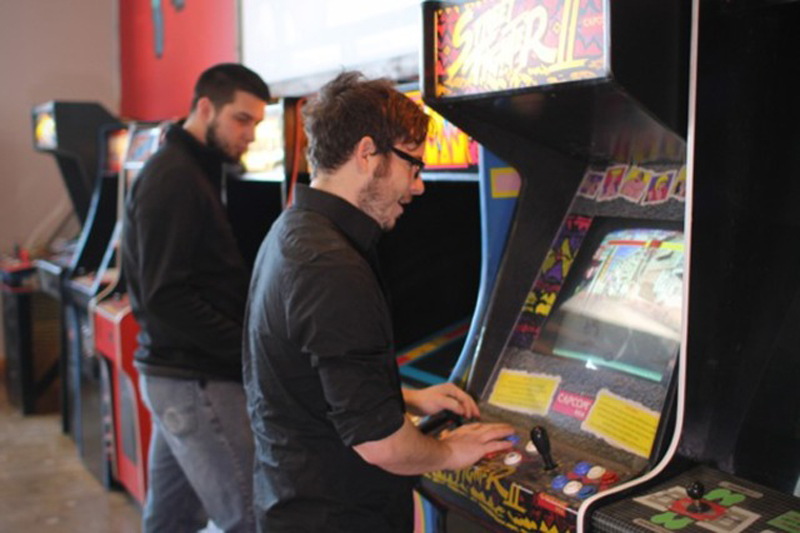 Why spend your Black Friday at the mall when you can go to Bourbon County? Goose Island’s Bourbon County Stout is among that brewer’s flagships at Tapcade (1701 McGee) the morning after Thanksgiving. That’s right: beer at 10:30 a.m.

Expect the 2015 and 2016 iterations of Bourbon County Stout as well as 2015 Regal Rye and 2016 Bourbon County Barley Wine. Tickets cost $35 and come with a breakfast buffet and what the Screenland guys call a “classic Thanksgiving film.”

Border Brewing Company (406 East 18th Street) released its latest We Brew for You beer yesterday. Pecan Brown Ale is on draft and available for growler fills in Border’s Crossroads taproom.

Living gluten-free but sick of cider? Martin City Brewing Company’s Operation Yoga Pants (which has been in cans for about two months) is made with millet and buckwheat. Start with a single can at Bier Station or Martin City, and you’ll know how you feel about it.

It’s not a full baseball team, but Free State Brewing Company is making plenty of additions to the lineup. Its 2016 Barleywine, Frost Flower Pilsner, and Winterfest are out now in bottles on both sides of the state line.

Get a new taste of Portland: Oregon’s Cascade Brewing has arrived in the Kansas City market. The Foundry (424 Westport Road) has Manhattan NW, Sang Noir and Apricot Ale bottles available. Manhattan NW might be the place to start; it delivers some funk in a sour that’s been aged with cherries in bourbon barrels.

Double Shift Brewing Company (412 East 18th Street) has added two handles to bring its tap total to 10 taps. A good time to take advantage of this uptick: Wednesday nights, when growler fills are half off.

You will finally be able to pop open bottles from Cinder Block Brewing Company (110 East 18th Avenue, North Kansas City). Its first-ever bottle release happens on Black Friday, and it’s a good one: Retribution Rye, a 10.5–percent ABV imperial black rye aged in bourbon barrels. There’s a limit of two bottles per person, which is more than enough to glue you to your couch.

Also in bottles: Double Shift Brewing Company’s Breakfast Pirate (10.6 percent ABV, 51 IBUs). The imperial stout features maple and oatmeal, because breakfast is the most important meal of the day.

Grain to Glass (1611 Swift Street, North Kansas City) hosts author Pete Dulin for a book signing from 1 to 3 p.m. While you thumb through your new copy of Dulin’s Kansas City Beer, you can also handle happy-hour beers all day for Shop Small Saturday.

Earlier this month, Torn Label Brewing Company (1708 Campbell) began leading Sunday tours of its brewery. They start at 12:30 p.m. For $10, you get to try three brews and leave with a sticker and a pint glass.

Calibration Brewery (119 Armour Road, North Kansas City) doesn’t skimp on the beer-inspired dishes, including a smoked brisket that’s been brined in the Calibration’s Scottish ale. It’s open from 11:30 a.m. to 9 p.m. on Mondays, with happy hour (a dollar off pints) from 3 to 6 p.m. daily.

Before sex robots came to television, there was a quirky science-fiction Western in theaters. Santa Fe Brewing Co. presents the 1973 Westworld at Tapcade (1701 McGee) from 7:30 to 10 p.m. Santa Fe takes over the taps, and movie tickets are $5.