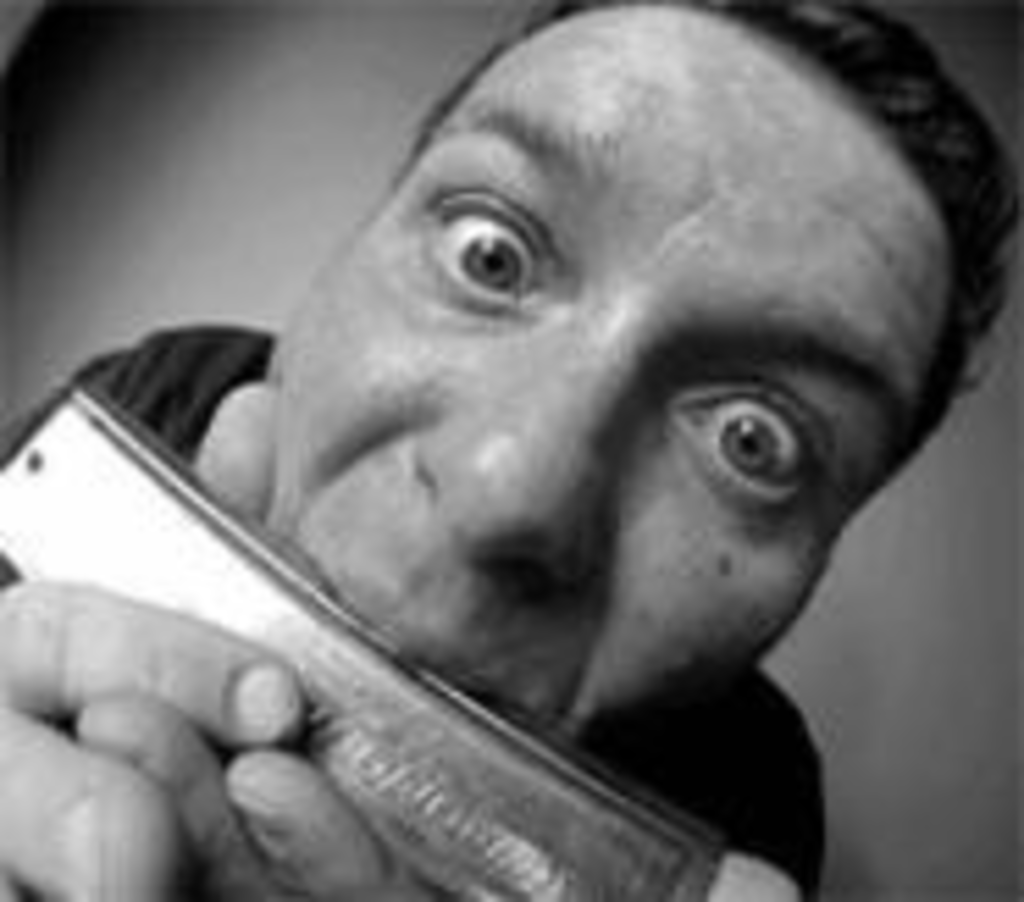 FRI 8/19
We thought we’d be burned out on Grinders (417 East 18th Street, 816-472-5454) by now, but we love sitting outside at night with grass underfoot instead of concrete. Watch the Pornhuskers, Missouri Bultaco Association and Black Diamond Heavies perform in the Sculpture Garden at sunset Friday. — Annie Fischer

What’s the Kitsch?
Sample the Mairs at Goppert Theatre.

8/19-8/20
The strident folks at Full Circle Theatre Company — whose mission, members tell us, is “to generate awareness in social justice throughout Kansas City and nationwide” — hope one day to have a space of their own in which to wage artistic war against inequity. For now, they remain nomadic (performing this week at Avila University and in November on the streets of St. Louis), but offer consistency in their fondness for making charitable contributions with their proceeds. This time a chunk of the $10 ticket goes to hospices caring for patients with HIV-AIDS. Our David is Ian Mairs’ account of the seriocomic discord between a widowed grandmother and her neighbor, Clyde, whose AIDS-stricken companion has recently died. Whether they find common ground we won’t spill, but here’s a hint: The plot turns on a reproduction of Michaelangelo’s David, and nothing brings gay men and old straight women together like perfectly sculpted, rock-hard abs. Performances are at 7:30 p.m. Friday and Saturday in the McKeon Studio of Avila University’s Goppert Theatre (11901 Wornall); call 816-943-0909. — Alan Scherstuhl

Only in the movies …

FRI 8/19
Bob Massey might be a wee bit obsessed with actresses, in a completely bitter way. In support of his belief that love is found only in romantic comedies, depressing tracks on his second Gena Rowlands Band album, La Merde Et Les Etoiles, include “Power, Lies, Helena’s Lips,” “Traci’s Big Screen Test” and “Garofalo, C’est Moi.” Massey’s voice sounds like the Magnetic Fields’ Stephin Merritt, but we don’t love him half as much; his band, veterans of the D.C. postpunk scene, is way more interesting. (Fun fact: The cellist, Amy Domingues, played with Fugazi.) GRB plays at 10 p.m. Sunday at the Replay Lounge (946 Massachusetts in Lawrence, 785-749-7676). — Annie Fischer

Crunk in the Trunk

TUE 8/23
Crunk came into this world as a combination of crazy and drunk, or crazy and funk, or the past tense of the verb crank. Whatever the etymology, it’s become synonymous with Dirty South rap, which invades the normally chill Lovely Tuesdays for one night only at Jilly’s (1744 Broadway, 816-221-4977). We hope no one will do an imitation of Dave Chappelle impersonating Lil Jon at this Crunk Night. As much as someone might think it’s funny to sharply yell, “Whut! OK! Yeeeeah!” it’s not. — Rebecca Braverman