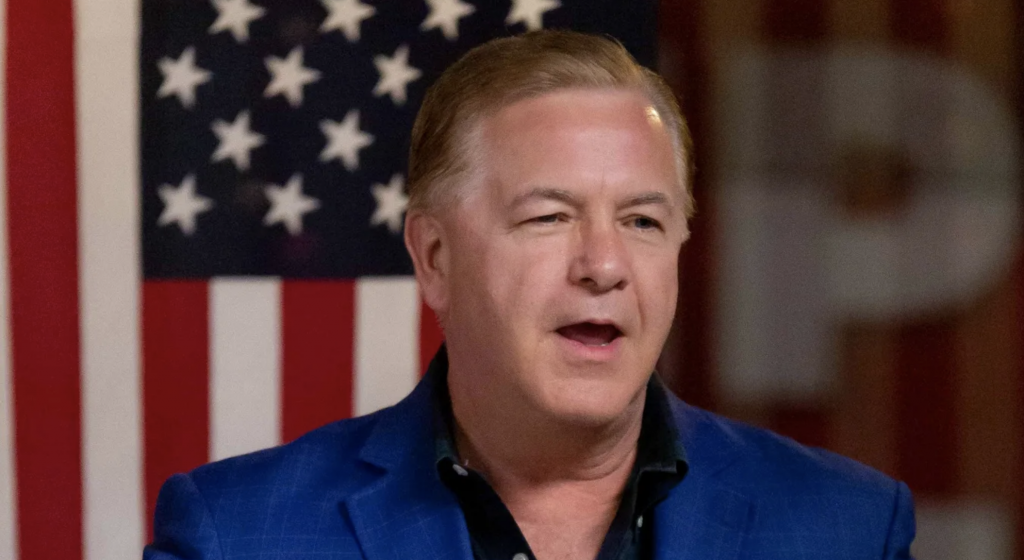 After weeks of speculation, one of the two St. Louis residents who infamously threatened Black Lives Matter protestors may officially announce a Senate run tonight. // Image courtesy of Mark McCloskey

Mark McCloskey, one half of the St. Louis couple who made a local and national name for themselves by threatening Black Lives Matter protestors last summer, wants to give political office a try.

McCloskey reportedly plans to run in the U.S. Senate race for the Missouri seat, which could take shape in just days.

update – per people familiar, mark McCloskey is poised to enter the Missouri Senate race as early as this week https://t.co/3B1OptiOKJ

He made an appearance around that time at the Jackson County Republican Committee’s Reagan-Lincoln Day dinner on April 17. Speculations arose that he might announce a run for office during his speech there. During the event, Schmidt claimed in his own speech that he was working to get the criminal case against the McCloskeys that followed their brandishing of weapons against protestors thrown out.

He plans to make another notable appearance at 7 p.m. tonight with Tucker Carlson, where he will likely formally announce his run. Stay tuned for that. (Sigh.)

Tune in. This is one you won’t want to miss… pic.twitter.com/wA7rj7js2g

On Tuesday, May 18th, Mark McCloskey announced his campaign for US Senate in Missouri. McCloskey joins the race for retiring Senator Roy Blunt’s old seat as the only outsider in a field of politicians. McCloskey released the following statement:

“America is at a crossroads. Do we want to preserve our traditions and our way of life, or do we want the cancel culture mobs to destroy everything we’ve built? After traveling across the great state of Missouri over the past 11 months, it’s clear Missourians want a fighter in the US Senate.

“I’ve spent 36 years fighting for the rights of my fellow Missourians. And Missourians want a fighter who will stand up against cancel culture, the poison of critical race theory, the violent mobs and rising crime, and the spread of socialism.

“After being encouraged to run by people all over Missouri, today I’m announcing that I’m entering the race for US Senate to fight for Missouri values. I want to thank Senator Blunt for his years of service to the state of Missouri, his legacy will be unmatched, and he represented everything that a public servant should be.”

An angry mob marched to destroy my home and kill my family, I took a stand to defend them.

I am a proven fighter against the mob

When the mob comes to destroy our home, our state, our nation— I’ll defend it

I will NEVER BACK DOWN

Mark has been married to his wife Patty for 36 years and they have one adult daughter.

Mark has never before run for political office, but he has now answered the call of public duty and is running for the United States Senate from Missouri to fill the seat of retiring Sen. Roy Blunt. Mark is a Conservative outsider who will bring backbone and guts to the US Senate to continue fighting for President Trump’s agenda.

He’s the only outsider running for Senate in a field of politicians.