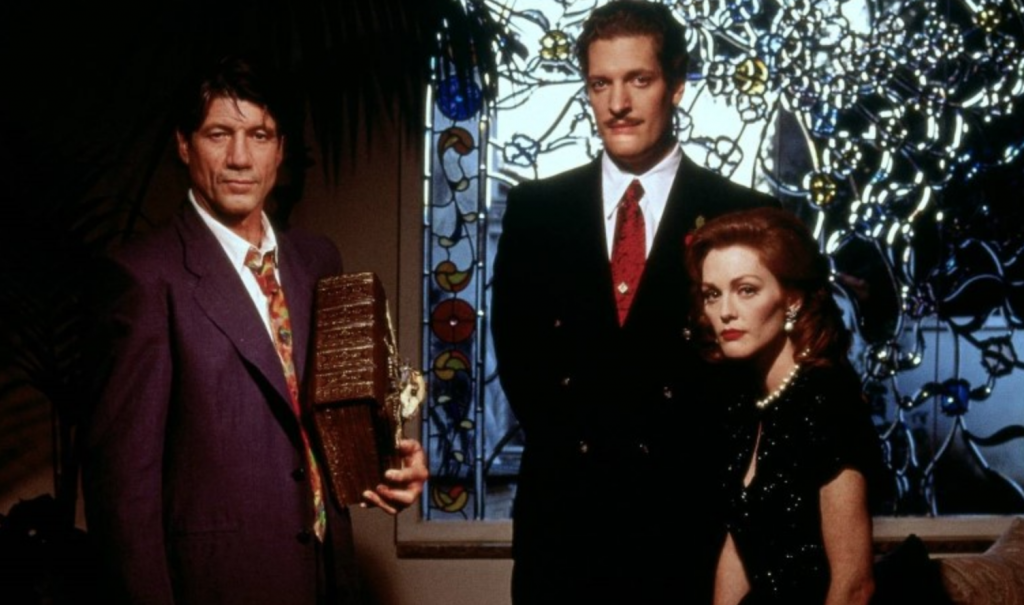 At the initial kick-off of HBO/Showtime, there was a Wild West of what original film production could look like. Just all over the place. In my head, the period is defined by a film that came five years later: 1996’s The Late Shift. That low-budget monstrosity about the late-night TV comedy wars remains equal parts dead-on and also hilariously 90s cringe. When I think of the start of the original film box office battles, the hilariously exaggerated fake chin on Late Shift’s Leno defines what I think of the period. But that is to ignore so many bizarre triumphs that came before. Films that didn’t understand their place or their limitations.

Cast is described as Who Framed Roger Rabbit? but with Lovecraft-shit instead of cartoons. It’s hard to top that initial pitch: that is exactly what this is. It’s a 1948 LA-based hard-boiled noir based around a world where everyone came back from WWII and just… knew dark magic. And it was fine. That’s the culture. The film follows a washed-up detective named Phillip Lovecraft (Fred Ward), who is the last sad sack in town to not accept magic into his life. Meanwhile, all around him exists unicorn hunts, blood raining from the sky, zombie bouncers at nightclubs, and sassy murder-gargoyles.

Lovecraft finds a late 40s LA packed with werewolves, crooked cops, sexy sirens, and all the worst parts of odd fantasy. Along his journey, he brushes up against possible nemesis (Clancy Brown, David Warner) and the story’s comparative Jessica Rabbit (a wildly newb Julianne Moore.)

30 years on, somehow this made for TV movie is the dark shadow of Lovecraftian sci-fi that walked so that Lovecraft Country could run. It’s better than you ever remember; mostly because it’s just the darkest comedy version of Chinatown.

It’s equal parts genuinely good and point-and-laugh-at-91 incredible. Pair with John Carpenter’s In The Mouth Of Madness for maximum effect. 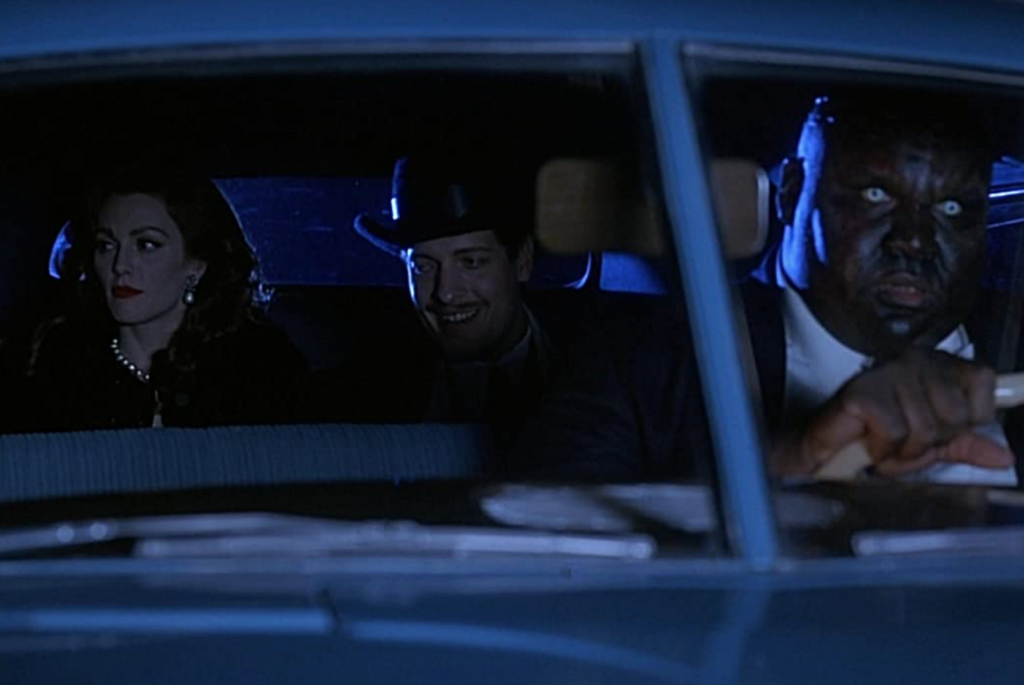