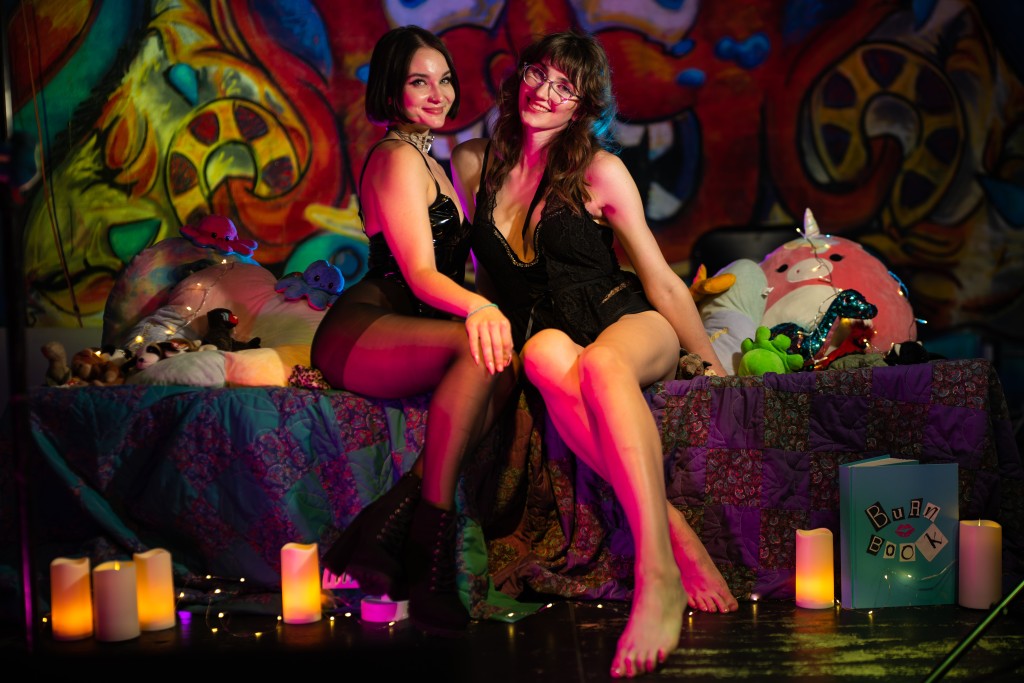 If you’re tired of quiet nights in but don’t want to change out of your pajamas, co-hosts Stacy Cay and Megan Graves have the perfect show for you. Spend the Night is a slumber party-themed comedy performance coming to The Bird Comedy Theater July 7 from 8:30-10:30 p.m.

Headliners Niles Abston and Yedoye Travis have both been featured on Comedy Central. Abston released his one-hour comedy special Girls Don’t Twerk to Jokes in 2020. Travis worked on the 2020 reboot of Saved by the Bell and Search Party (2016).

So far, the show has toured in Chicago, Brooklyn, and… Leavenworth. Next week, they visit St. Louis. But for now, Cay is happy to be back home in KC. She previously performed at The Bird for Spend the Night: Valentine’s Edition in February, which sold out.

This show is special for Cay, who got into comedy only two years ago. Initially, she was performing outdoors on a truck, which she does not recommend to fellow comics. For Spend the Night, the atmosphere will be much cozier.

“It’s an intimate space,” Cay says. “I’m transgender, and a lot of trans women—I guess we missed sleepovers a bit, the idea of hanging out with a bunch of girls.”

“For me, it’s been able to give me a voice, whereas I was previously silenced,” Cay continues. “I’m from Arkansas. I got cut off from everyone that I knew in my town, and I had to leave. And it was like I didn’t exist. I had communities and things like that. And then that was all gone.”

The show is meant to be high-tier hilarity, but it’s also supposed to be an empowering and comfortable space for the performers as well as the audience.

“Comedy is something that you can control yourself,” Cay says. “Like, the way I run my show. I mean, I’m in charge of the show. I say where it happens. And the people who come to the show are there for my show. It allows me to give a voice to something that’s so often suppressed and not really understood by cis people, that is otherwise hard to find.”

Pre-purchased tickets for both in-person and live stream viewing of Spend the Night are $15. Tickets purchased at the door are $20.