Spencer gets inside Princess Diana’s head

Pablo Larraín further develops the pattern he created with Jackie. 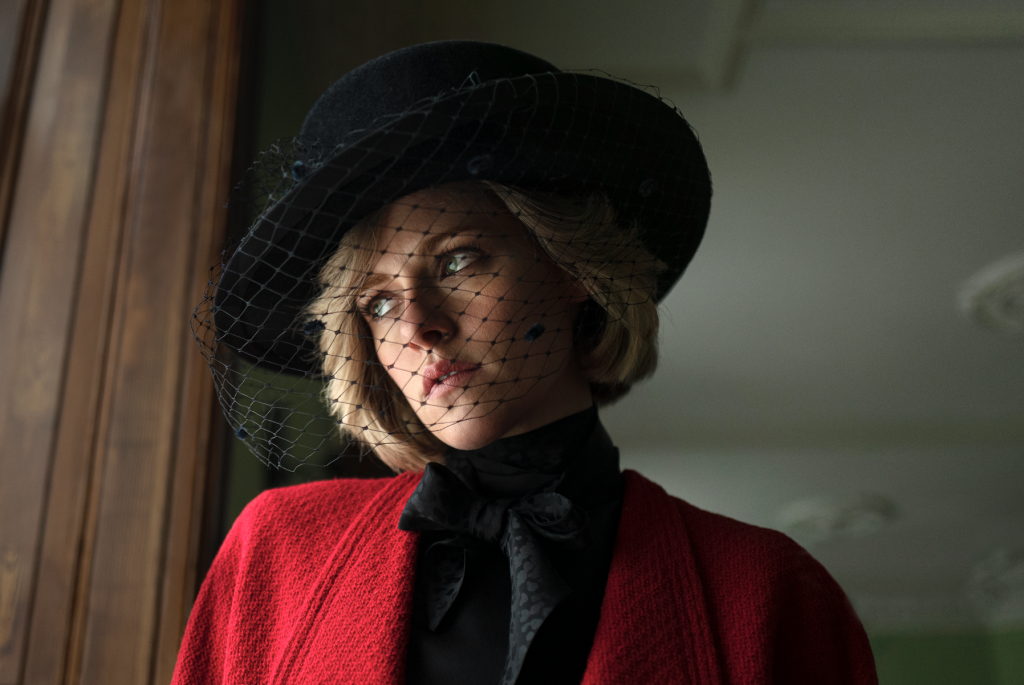 Pablo Larraín’s Spencer, like his 2016 film Jackie, presents a psychological portrait of an iconic historical female figure. Crucially, this isn’t a biopic. It’s something far more interesting: a consideration of what might have been going through someone’s head at an important crossroads in their life.

In the case of Princess Diana, embodied here by Kristen Stewart, that crossroads is her decision to end her marriage to Prince Charles (Jack Farthing) and become estranged from the Royal Family. Diana’s breaking point follows Christmas at Sandringham House, the family’s country estate not far from Diana’s own childhood home.

Fed up with the family’s rigid traditions and a lack of support from Charles—evidenced by his giving both Diana and Camilla Parker-Bowles identical pearl necklaces—Diana experiences a break with reality during her time at Sandringham. She eventually claws her way back to sanity with the help of her children and sympathetic dresser Maggie (Sally Hawkins).

Greenwood’s gloomy jazz bass riffs mix with staid classical strings to create an air of refinement teetering on collapse. That sense is bolstered by faded, gauzy visuals which bring to mind photos of the Royal Family from this period, as well as the eerie ghostliness of Peter Weir’s Picnic at Hanging Rock, itself a meditation on repressed femininity.

Diana’s inner turmoil is brought to life in Stewart, whose performance is the best and rarest kind among actors portraying real people, one in which the performer and the subject combine to create a distinct but recognizable character.

Stewart does a great job embodying the collective cultural memory of the Princess of Wales, but adds inflection that makes this portrayal her own, not just a carbon copy. Her delivery occasionally feels forced, but for the most part delivers a pitch-perfect introspective, conflicted icon. It’s hard to think of anyone else who could do the job this well.

Screenwriter Steven Knight (thankfully channeling the interiority and containment of his 2013 film Locke rather than the batshit noir of 2019’s Serenity) perfectly understands the assignment here, putting Stewart’s Diana front and center and building a scaffolding of anxieties, eating disorders, and outside pressures around her.

This includes some surreal elements, such as Diana having visions of Anne Boleyn walking around the house, or another scene in which she imagines tearing off Charles’ pearl necklace into her soup, and grinding the pearls to pieces in her mouth.

While Larraín’s Jackie more often felt like it was trying to present a more complicated facsimile of its subject, Spencer is a much more interesting step forward. It’s a speculative examination that recreates the expected trappings to a T, but allows the central performance room to explore that setting.

With his latest, Larraín continues to make fascinating strides in historically-based fiction filmmaking, stretching the genre in ways we can only hope other filmmakers pick up and experiment with.