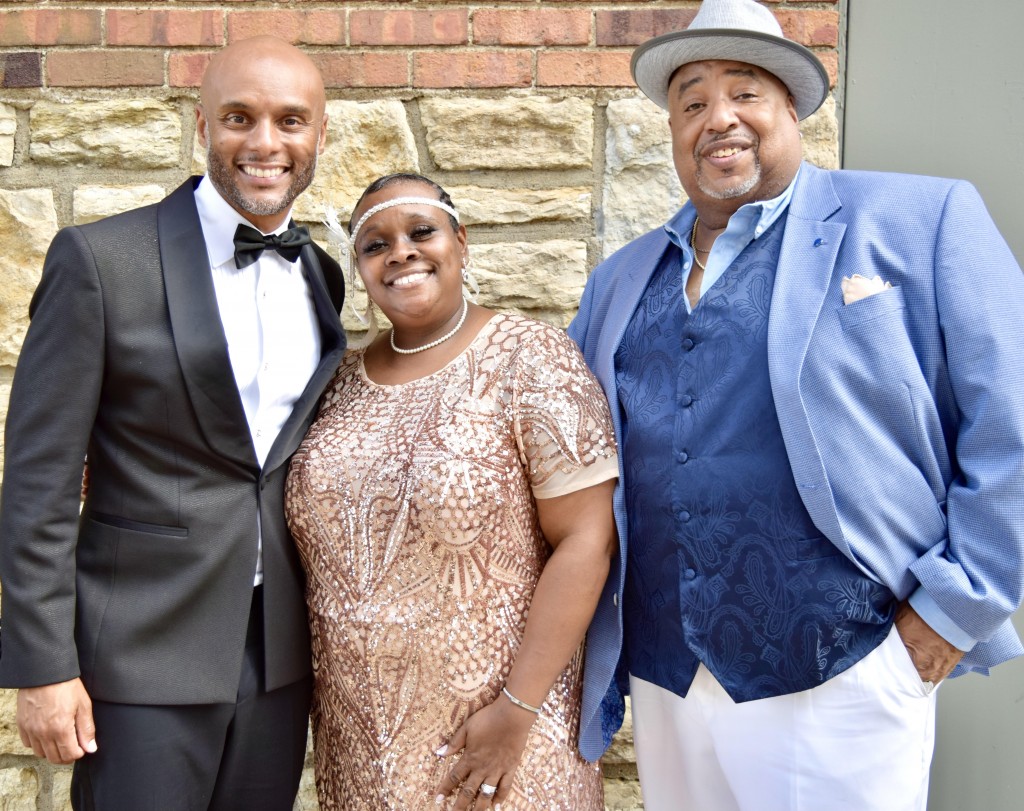 “A big plate of pickles,” Kim Walker says, with a smile beaming ear-to-ear, as she sits next to her husband. The Delfonics’ soulful melodies play softly in the background. The unique story of the love and marriage of Kim and Joe Walker unfolds to those listening. “[She] stood me up on our first date,” Joe says, with a sly grin. “But I gave her another chance because I did kind of like her.” That was 25 years ago, the Walkers have been together ever since.

The Walkers were celebrating their 25th wedding anniversary in grand style on Saturday at Mesob Caribbean and Ethiopian restaurant in Midtown. Joe, a chef with over 40 years of service in the Kansas City area, and Kim met after she came into his restaurant. He took the opportunity to sweep her off her feet with… pickles.

“I love pickles,” Kim says. “And he sent out a dish overflowing with them.”

Soon after, the couple married, started a family, and have now been together for 26 years. “He’s one of the best dads you could have,” says their son, Joseph. “That’s really all you can say.”

The event on Saturday came about by curious circumstance. Two years prior, Joe entered a contest on cable television channel TV One. The prize was an event for friends and family to celebrate a special day, featuring a private concert by American Soul and R&B singer Kenny Lattimore.

“I never win anything,” Joe says. “When they called me and said I won, I said, ‘yeah, right.’ But after I calmed down they said I won. I couldn’t believe it.”

It took two years before the plans finally came together due to COVID-19 complications. But the Walkers said they knew they always wanted to renew their vows in person with friends and family present.

Mesob played host to the anniversary and made the evening magic. The closed-door event was in a roaring ’20s theme and featured an intimate performance by Lattimore, as the couple renewed their vowels.

The staff of Mesob was perfectly charming and the interior provided an elegant backdrop for the sophisticated theme of the event. Guests adorned in feather boas, suits, and dresses befitting a 1920s soiree came to celebrate the couple and the night. The wedding party was all dressed to impress, complete with Mr. Lattimore sporting a black tuxedo. 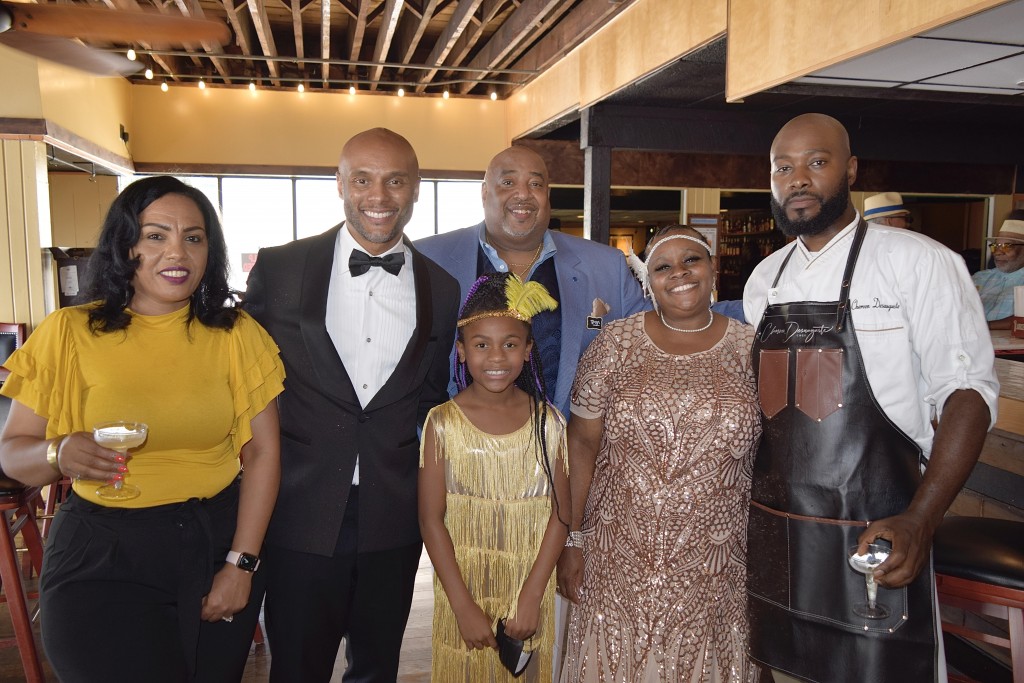 Guests dressed in a roaring 20s theme helped celebrate the special occasion along with Mesob staff. // Courtesy of Curtisha Anderson

Lattimore himself said the event was a joy to attend.

“This is an honor to sing for the Walkers because 25 years is a big milestone,” Lattimore says. “To feel the genuineness and authenticity is fantastic. I’m so happy the Walkers won [the contest].”

The ceremony began with a soulful performance by Lattimore as the bride walked down the aisle—there wasn’t a dry eye in the house—and was capped again by the passionate croonings of Lattimore as the couple said their “I dos.”

Following the ceremony, chef Cherven Desauguste provided a multi-course meal for all. Guests enjoyed each other’s company—for some, it was the first time seeing loved ones in quite some time, and others had traveled from Texas and Oklahoma to celebrate with the Walkers.

Finally, the real party started, with party-goers young and old providing the soundtrack for a lively dancefloor, in true Kansas City fashion.

That couldn’t be more true. Good luck comes to hardworking people from time to time. Just don’t forget the pickles.