Some spicy news from the Chiefs 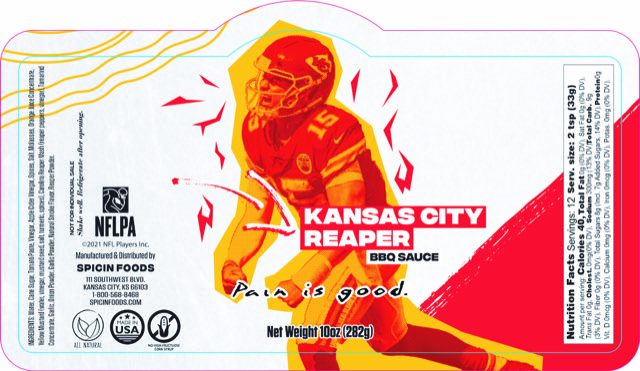 “To have this opportunity to work with an iconic NFL team is truly a privilege,” says Jeff Hinds, Spicin Foods President and COO. “As diehard Chiefs fans, we want to create products that help fans express their team pride, whether it’s tailgating at Arrowhead or enjoying a summer barbecue.”

“Pain is Good hot sauces and barbecue sauces are small-batch craft products using only the finest all-natural ingredients,” adds Scott Morse, Spicin Foods Owner and CEO. “Sauces range from mild to very hot and everything in-between, and I’m confident we have just the right sauce to fit the taste buds of every Chiefs fan.” 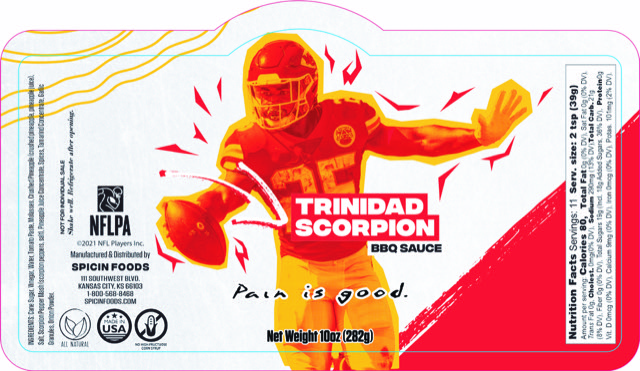 The limited-edition sauce six-pack will be available twice a year and the initial sale of the sauces will be sold exclusively at Hy-Vee or on Spicin Food’s website. This is the first time the NFL Player’s Association, an NFL club, and a club partner have launched a product for consumer retail. The debut sauce bottles will feature images of six current Chiefs players, Patrick Mahomes, Chris Jones, Tyreek Hill, Frank Clark, Tyrann Mathieu, and Clyde Edwards-Helaire.

“The Kansas City Chiefs have a proven record of successful business relationships with club partners like Spicin Foods, supported by some of our most marketable players,” says Gina Scott, VP of Partner Services at the NFLPA. “This new product launch helps to not only extend our players’ brands at retail, but also shows the power of using group player rights. We look forward to more NFL clubs and their partners modeling this groundbreaking launch with creating more player-licensed consumer products.”

In addition to the Chiefs-themed barbecue and hot sauces, Spicin Foods will also market Arrowhead Smoke BBQ Sauce, celebrating Kansas City’s legendary tailgating, and 142.2 dB Hot Sauce, in reference to the world record-setting roar of Chiefs fans. The two sauces will be released for individual purchase.

Some idiot DUI'd Char Bar's front door. Do you know them? Tell them they suck.