Some restaurant dishes never go out of style 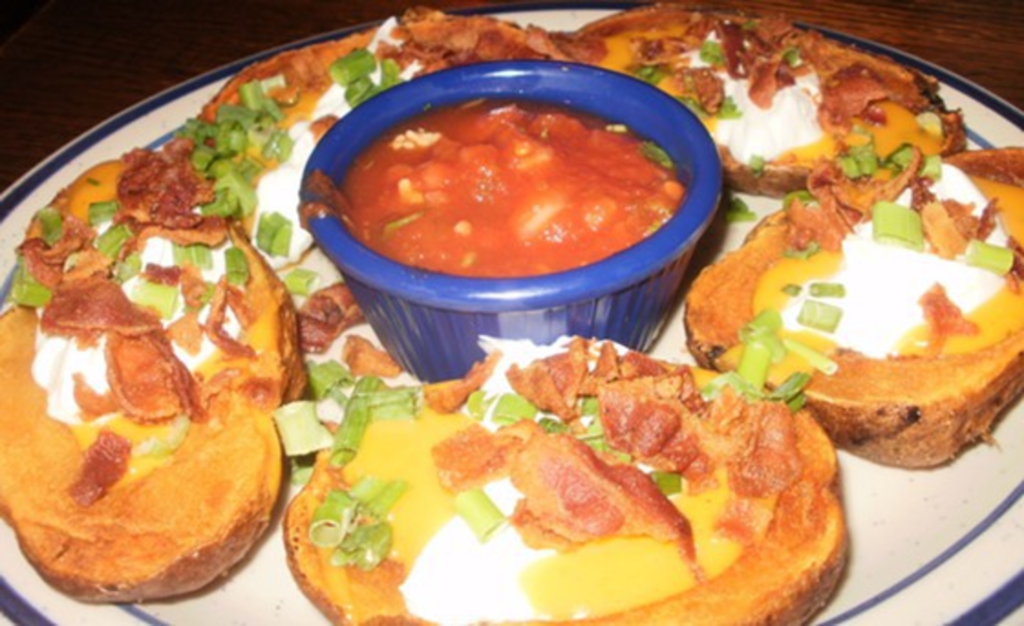 Yesterday, a friend and I had stopped into the North Kansas City restaurant-and-sports museum known as Chappell’s, a place that not only reeks of American sports history, but culinary history too. The menu boasts several dishes that were new and wildly popular on the Houlihan’s Old Place menu in 1976, including a London Broil steak (the biggest difference is that today at Chappell’s, the steak is a modestly-priced $9.99; it cost $3.25 back in ’76).

My friend ordered a Chappell’s starter that I rarely see on modern menus: potato skins, deep-fried and filled with melted cheddar cheese, sour cream and bacon bits. Even if I do see this delicacy on a menu, I rarely order it: it’s real fattening and kind of boring. But baby, in its heyday, it was probably the most requested appetizer at hot, swinging restaurant concepts like Houlihan’s and TGIF Friday’s. Yes, I know, times have certainly changed.