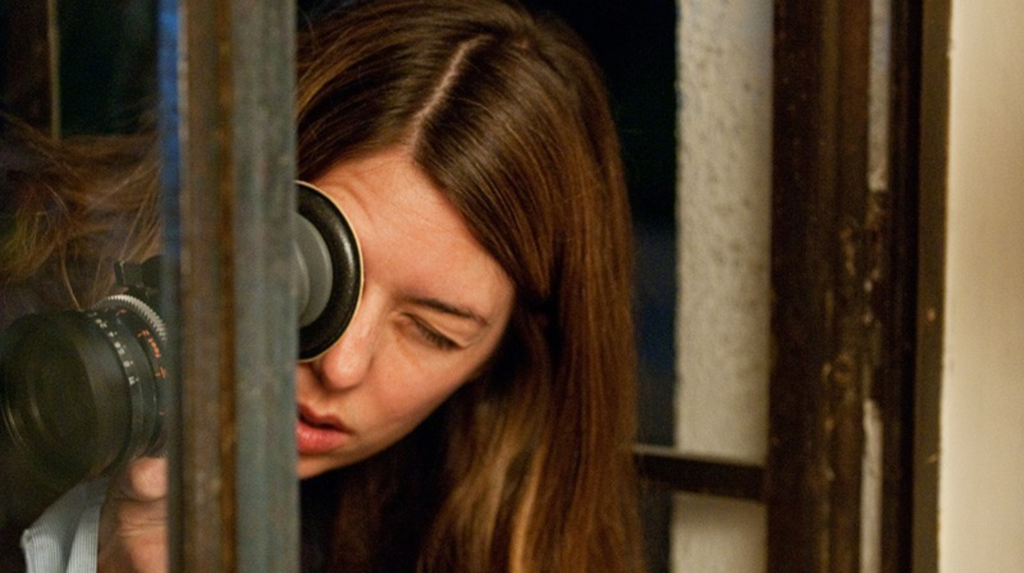 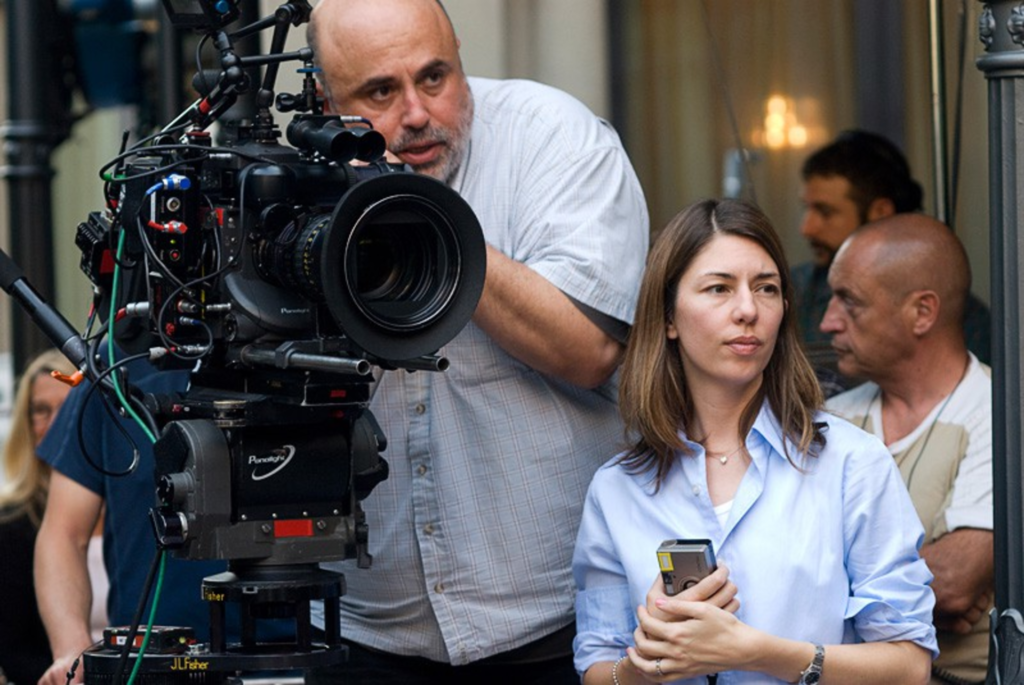 Sofia Coppola had her 21st birthday party at the Chateau Marmont, a fact that she had forgotten until Phil Pavel, manager of the hotel, reminded her while she was there shooting her new film, Somewhere. (The film is due next month in Kansas City.) It’s the first feature to be granted clearance to shoot extensively inside the rooms and on the grounds of the infamous Sunset Boulevard hideaway, where John Belushi and Helmut Newton died and Scarlett Johansson allegedly had sex with Benicio Del Toro in an elevator (an event nodded to in Somewhere). In contemporary pop culture, the Chateau offers a concentrated dose of a certain fantasy version of Los Angeles’ secret life.

When Coppola first became a hotel regular, in the early ’90s, the Chateau had just been purchased by superstar hotelier Andre Balazs and was on its way back from a period of decline. Coppola was on the comeback trail, too. In 1990, at age 19, she had disastrously co-starred as Mary Corleone in The Godfather: Part III, written and directed by her father, Francis Ford Coppola. Sofia, who had no formal acting training, was pinch hitting for Winona Ryder, who had dropped out at the last minute. Her performance was decimated by critics.

By the mid-’90s, though, Sofia Coppola seemed to be everywhere. With her long caramel hair and red pout, waiflike body in hip-hugger skirts and kitschy baby tees (which she designed and marketed herself, through the fashion line Milk Fed), she was a poster girl for that decade’s brand of cool. She studied photography while modeling for alt-fashion and teen magazines. She vamped in music videos for the Black Crowes, Madonna and Sonic Youth. She later admitted to People magazine, “There was a year I did nothing but go out. I was pretty flaky.”

Now, over lunch in the lobby of the Chateau on an unseasonably sunny November day, she says, “I was really frustrated that I wasn’t really great at one thing, but that I had a lot of interests in different areas.” She looks much younger than 39. Her hair in an unpolished bob, she’s petite in an oversized sweatshirt and jeans, paired with an expensive-looking tennis bracelet that seems ready to fall off her tiny wrist.

By reading Jeffrey Eugenides’ novel The Virgin Suicides, Coppola got the push she needed to focus her different interests into filmmaking. “There are people who want to be a director and then think about what they wanna do,” she says. “Or it comes from something that you want to express.”

In 2000, she wrote and directed an adaptation of the book. Her first feature, it’s a visually stunning, 1970s reverie of bikini poster meets homeroom-notebook doodle that nails an ineffable adolescent blend of lust, obsession, depression and awkward connection.

Four years later, she won an Oscar for writing her second feature, Lost in Translation.

By then, Coppola and her husband, the director Spike Jonze, had announced that they were filing for divorce. The split fueled speculation that Translation‘s portrait of a bookish young wife neglected by a toxic hipster husband was a memoir of Coppola’s own marriage, if not a cry for help.

Coppola moved to New York and then, after winning the Oscar, headed to Paris to prep her third feature, Marie Antoinette. Infusing the story of the French queen with the pop-punk spirit of her own mid-’80s teen years, Coppola presented Versailles as a dizzying adolescent fantasy, with the last years of the French monarchy an all-consuming house party.

“I knew it was sort of obnoxious and ballsy for me to make that movie, but for me, that was part of the fun of it,” Coppola says, “to do it in that spirit of being a rebellious teenager.” With its hordes of extras, extravagant set, costumes, and shooting at Versailles, the film reportedly cost $40 million (about what Lost in Translation made at the domestic box office), bankrolled by Columbia Pictures. In the United States, it grossed just a quarter of its budget.

About a month after Marie Antoinette opened, Coppola gave birth to Romy, the first of her two daughters with Thomas Mars, frontman of the French band Phoenix, who has contributed music to each of her films. With her new family established in France, she started thinking about where she came from.

“I was living in Paris and I was homesick,” she recalls. “I was thinking about L.A., how it seems like our whole pop culture is so interested in celebrity, and how people all know about the Chateau Marmont. There have been iconic L.A. movies that I always loved, and I thought, We haven’t had one showing today, this era of L.A.”

Somewhere is Coppola’s first film set in Los Angeles and her first to deal directly with the emotional consequences of a professional Hollywood life. A personal filmmaker, she has until now chosen stories set in far-off times or places, creating distance between her scripts and her life. In order for her to consider Los Angeles a worthy subject, she would have to leave it.

Drawing on her memories of coming of age and her difficult 20s, Somewhere is a defiantly austere film and Coppola’s most challenging. The first image is a three-minute shot of a black Ferrari circling a strip of desert track. The driver is a depressed, withdrawn movie star named Johnny Marco (Stephen Dorff). Cue opening credits, which play to a version of Phoenix’s “Love Like a Sunset.” The song, which helped inspire Coppola’s script, is fueled by an electronic buzz that’s almost identical to the sound of the engine of Johnny’s Italian sports car. Patches of the track serve as a refrain throughout the film, which follows a couple of weeks that Johnny spends living at the Chateau while doing press for a shitty blockbuster and quietly reaching some sort of breakthrough with his preteen daughter, Cleo (Elle Fanning), who spends a few days with him and temporarily turns his hotel room into a home.

Coppola wanted to make a portrait of Los Angeles today that would serve as a time capsule for future generations, the way American Gigolo and Shampoo do for their respective moments in time. Peter Bogdanovich’s Paper Moon, she says, helped define the nontraditional relationship between Johnny and Cleo: “I always loved the dynamic of a buddy movie between father and daughter.” Toby Dammit, Federico Fellini’s segment of the omnibus film Spirits of the Dead, spoke to Johnny’s depression and desperation in the heightened atmosphere of celebrity.

“This woman alone in her apartment, these very long takes of her doing mundane things,” Coppola says. “It should be boring to watch someone washing their dishes for 10 minutes or whatever, but there’s something really fascinating about that. So I talked to Stephen about that, the challenge of just having to be alone and be believable and be real.”

“Like, two and a half hours of, literally, a woman in her kitchen cooking breakfast, eating, going to sleep, waking up and doing the same exact thing, in real time,” Dorff says of Akerman’s experimental tragedy, starring Delphine Seyrig as a stay-at-home mom turned prostitute. “I was kind of scared at first when I watched that ’cause, like, it was driving me crazy, but at the same time, I found it incredibly interesting. I asked Sofia, I said, ‘Are we gonna do some of that?’ and she’s like, ‘Well, I do want to experiment with doing some stuff in real time.’ And I said, ‘OK, cool.’ I immediately got it.”

Somewhere is a film that asks us to pay non-withering attention to the ennui of the beautiful, rich and famous, made by a woman who is beautiful, rich and second-generation famous. Not everyone has been willing. When the movie won the top prize at the Venice Film Festival in September, where it was in competition against such formidable contenders as Darren Aronofsky’s Black Swan, some journalists cried foul because the jury included Quentin Tarantino, whom Coppola dated briefly after divorcing Jonze. Coppola also has been accused of treading familiar ground. A story of a man at a crisis point, who has a relationship with a female 25 years his junior, in a luxury hotel? again?

In both films, self-obsessed characters lose themselves in moments that can’t be sustained. But Translation and Somewhere milk ephemera for different emotional results, and the parallels between the two films point to their key difference: Coppola’s increasingly mature point of view.

With no permanent residence in Los Angeles, she and Mars and their kids have been living at the Chateau while Coppola promotes Somewhere. In a few days, Coppola and her family head up to Napa for Christmas. After that, she’ll start to think about her next project. In an echo of her film’s symbolic ending, she tells me that she has just let go of one major tie to Los Angeles. “I had an old Jaguar and I recently sold it,” she says. “I love cars and I miss that part of L.A., driving around. I had it for, like, 10 years, but it was just sitting in a garage.”

Is it a sign that she has decisively put Los Angeles in her rearview mirror? If so, she isn’t letting go completely. She smiles and adds, “I sold it to a friend.” 