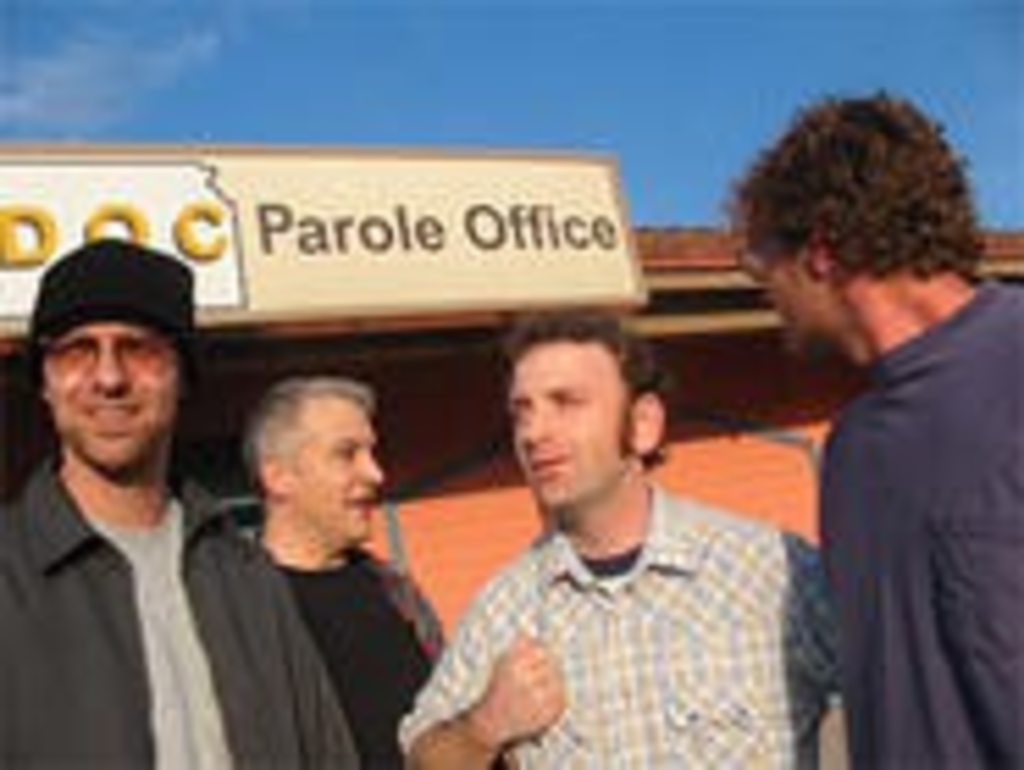 “Jesus” by the Ants, from Ideabreaker (Sickroom Records):

In real life, however, it’s anyone’s guess what will strike Bryan’s muse.

“Ted Kaczynski, the Unabomber, talked a lot about goal setting,” Bryan says in a matter-of-fact tone befitting his dry sense of humor.

“In Ted’s mind, in order to maintain your sanity as a human being, you have to set goals and meet them or fail at them,” Bryan continues. “That’s probably one reason I do songwriting.”

Unabomber references notwithstanding, Bryan’s revelation offers a glimpse into the mind of a working-class musician who probably would have released his band’s fifth record even if no one had bought the first four. Fortunately, that’s not the case, but it never hurts to remind oneself that the journey is still the primary destination.

“I like to write music because it gives me an opportunity to communicate,” Bryan says.

The luxury of having a dedicated band — Dave Randall on keys, Sean McEniry on drums and Brad Nichols on bass — is something that’s still relatively new to Bryan, who founded the Ants in 2000 as a solo project with scattershot collaborators. That changed two years ago with the arrival of Randall and McEniry, who previously had paired up in the Lawrence bands Tank Farm and the Chubby Smith 5.

Consequently, Ideabreaker is the first Ants album to feature a consistent lineup, and it benefits from nearly two years of rehearsing. Whereas previous efforts such as The Ants Create Meaning and Victory Side featured four-tracking and impromptu composing, Ideabreaker was tracked entirely at David Moore’s Merriam Shoals studio in Merriam.

“The album hopefully has a little more cohesiveness,” Bryan says. “The melodic structures are a lot more pronounced. There’s a lot more to grab on to.”

Although his project is a singer-songwriter band at heart, Bryan treats conventional song forms — indie rock, folk, country, experimental — with the same anything-goes approach he takes when writing lyrics.

“The idea is to try to make someone throw a bar stool through a window,” he says. “I like stream-of-consciousness approaches in art, whether it be a painter or an author or a band … upsetting any kind of expectation or idea about what is supposed to be there.”

Hence Ideabreaker, the Ants’ strongest record to date. The 10-song affair, on Chicago’s Sickroom Records, is stacked with tuneful jams inspired by stories of holiday drunkenness and other vivid Midwest scenes. Randall’s contributions on Wurlitzer and organ lend a Basement Tapes vibe to the proceedings, and country-colored tunes such as “Jesus” place the band comfortably in the company of fellow area folkways tweakers Drakkar Sauna and Truckstop Honeymoon.

There’s a bit of Pavement in there as well.

“We get that a lot,” Bryan says. “That’s fine because I like the band. But I wonder where it comes from, just like I wonder why prog-rock fans like us or where all the Grateful Dead references come from. I don’t own any [Dead] albums. None of us do, and we all have kind of a spiteful relationship with them.”

In truth, the Ants’ favorite bands are similar to the Ants: independent-minded acts such as Nashville’s Ole Mossy Face and Hands Down Eugene, both of which the band members have befriended during their frequent road trips. In addition to playing three or more times a year in key markets such as Nashville and Chicago, the band frequently targets smaller cities, including St. Croix Falls, Wisconsin, and Fargo, North Dakota.

“The little weird spots are the best spots,” says Bryan, who has booked 50-plus shows a year for the past three years. “We want to drive around playing music, and we think we have it narrowed down to a pretty good approach.”

With national distribution and a college-radio push, Ideabreaker likely will spread farther than the Ants’ 2005 split EP, Chinese Democracy — named for the long-delayed Guns N’ Roses album of the same name. That audacious bit of title mockery earned the group a note from a GNR superfan named Ray Giordano:

First off, you guys are NO Guns N’ Roses. Compared to what we have heard (in regards to the REAL Chinese Democracy), your band, as well as your music, is a fucking joke. … The second you guys sell out Madison Square Garden in 15 minutes, just let me know. … I’d suggest sticking to playing bars, which is as far as your so-called talent will EVER take you.

Which only goes to prove, of course, that the best ideas are never appreciated in their time — and Axl Rose really needs to read more Ted Kaczynski.