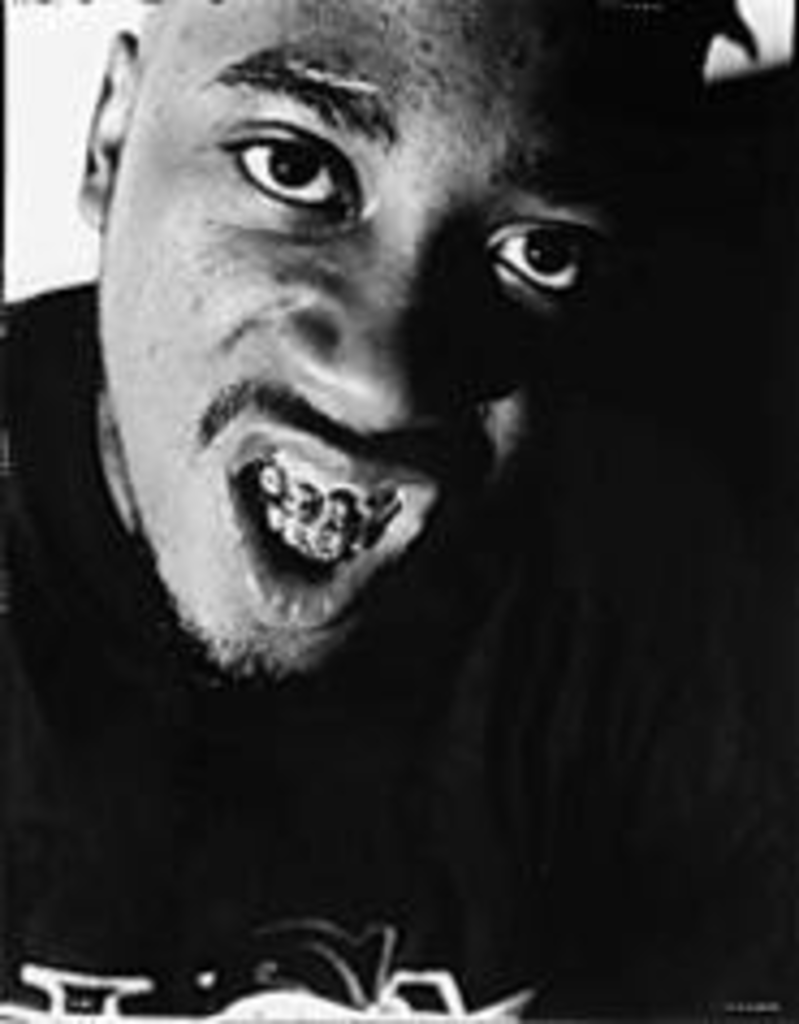 It didn’t take long for the vultures to strike.

Less than 48 hours after Jesus died in a New York recording studio — 48 hours before his 36th year in the world began — Ebay had more than 100 listings for “Rest In Peace” commemorative T-shirts, caps and hoodies being hawked by eulogizing entrepreneurs.

Happy birthday to you.

Not that his demise was entirely a surprise. Indeed, how it happened was more of a shock than that it happened. It was a relatively docile end — plain ol’ (coke-induced?) heart failure — to a feral man. He wasn’t crucified by police, assassinated in a hail of bullets or martyred by himself. He didn’t burn out. He just faded away … suddenly.

But don’t shed any tears for Russell Jones, Ol’ Dirty Bastard, Big Baby Jesus, Osirus, Dirt Dog, Joe Bannanas, Unique Ason or Dirt McGirt. None of them — all of him — deserves your sympathy. Plus, it wouldn’t be fitting.

Shakespeare holds a special place for his jesters, the omniscient philosophers in fool’s clothing, but nobody is supposed to get bummed out when the comic relief is lost in the shuffle.

Then again, Jones was a comic tragedy all his own, as devilish as Puck, as intoxicated as Sir Toby Belch and as bugfuck insane as King Lear. The unhinged proprietor of an epic rap career that began with the seminal Wu-Tang Clan debut, Enter the Wu-Tang (36 Chambers), and ended with the solo album he was recording when he collapsed on November 13.

The Brooklyn native adopted the moniker Ol’ Dirty Bastard (because there was no father to his style) and became a lynchpin in the Wu-Tang juggernaut, using his gravelly, garbled singing-with-crack-rocks-in-his-mouth voice to score solo (“Got Your Money,” “Shimmy Shimmy Ya”) and collabo hits (“Fantasy,” “Ghetto Superstar”). But he didn’t make a name(s) for himself until he showed his frayed mental wiring for all the world to see.

The man’s rap sheet was a work of art.

But crack pipes alone can’t explain the erratic behavior. Jones had gifts — a divine dysfunction, a calling to chaos, a true flair for the ridiculous.

You have to admire the chutzpah of a guy who invited MTV cameras along as he took some of his 13 children to pick up food stamps … in a limousine. A person who commandeered the stage at the Grammys to announce “Wu-Tang is for the children!” as Shawn Colvin was accepting the Song of the Year award. Someone who allegedly sent a press release from rehab declaring his plans to sue New York City for reparations for the illicit purchase of Manhattan from his (alleged) tribe of Native American ancestry.

And you thought Courtney Love was nuts.

But the madness caught up with him in 2001. Jones’ indiscretions finally landed him in a jail cell. He served a hard two years inside, had a leg broken in a prison brawl and was reportedly placed on suicide watch before serving the remainder of his stint in a mental facility. When he emerged from prison last year — dubbing himself Dirt McGirt — Jones was by most accounts a subdued shell of his former manic self.

It was almost sad to see a sober — figuratively if not literally — Jones. Even though he spent the last months of his life wrapping up his Roc-a-Fella debut with a variety of high-profile guest appearances and filming his own reality series for cable TV, something seemed to be missing.

His dementia had always been endearing. His insanity was the root of his appeal. Indeed, watching the Ol’ Dirty Bastard Express jump the rails and skid into uncharted social ravines was a sordid, guilty pleasure akin to laughing at competitors in the Special Olympics. He was Cops, Mad TV and Rap City all rolled into one voyeuristic blunt.

Hip-hop is often starved for personalities. Which is why Flavor Flav, whose famed clock-around-the-neck hit 15 minutes a long time ago and who is now only sharing The Surreal Life screen with Jordan Knight and Charo, is still one of the most compelling hip-hop characters in pop culture.

There probably won’t be any long parades in honor of Russell Jones. No ponderous moments of silence or flags at half-mast. Elton John won’t trot out an opportunistic “Candle in the Wind” elegy — “Crackpipe in the Wind,” perhaps? — in honor of Ol’ Dirty Bastard. A little malt liquor will be spilled, and that’s it. The sadness of Jones’ passing is tempered by the seeming inevitability of his self-destruction.

But that doesn’t mean he won’t be missed.