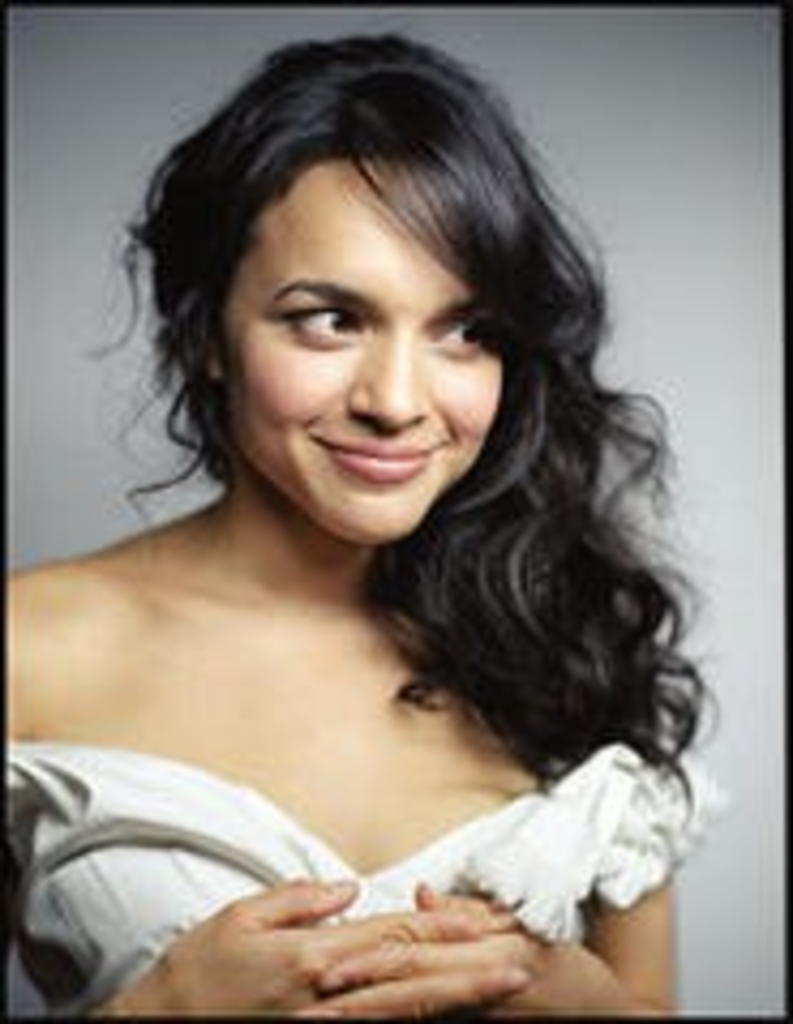 In 2002, Norah Jones gave Blue Note Come Away With Me, the longtime jazz label’s best-selling album — ever. Ten million discs sold. Her next, Feels Like Home, reached quadruple platinum, and Not Too Late, Jones’ latest, went double platinum after its release in January.

“I don’t want to do the same thing over and over. I really don’t,” admits Jones, chatting via phone from her pad on Manhattan’s Lower East Side.

While having tea on the first warm day of spring, she speculates about what she’ll be doing 40 years from now. “Forty years? I hope I’m alive,” she says. “Every year I’m alive, my tastes change, musically. The kind of person I am changes.”

The relaxed persona evident in her songs is no put-on. Jones is about as easygoing as one would think, but with a bit more cheer. She speaks in girlish inflections, is quick to laugh and seems free of diva attitude. But she’s been sneaking out on weekends, even in disguise at times, to play punk rock or honky-tonk country in pool halls around the city, building her guitar chops and having a blast.

Jones shows real enthusiasm when talk turns to the Sloppy Joannes, the all-girl country band in which she plays guitar in secret (“but not top secret,” she says). These days, her favorite song to play is “If You Don’t Like Hank Williams, You Can Kiss My Ass,” written by Kris Kristofferson. “It’s got a great line that I really like: You’re the only one you’re screwin’ when you put down what you don’t understand. That’s a great line, you know! It sounds crude in an interview for me to just say that, but if you heard the song …” she trails off. “I don’t mean to be crude.”

Crude? Not at all. But there is “Sucker,” Jones’ collaboration with Mike Patton on his 2006 album, Peeping Tom. She colors her usually sexy voice with menace and aggression, whispering motherfucker throughout the song. Jones is a big fan of Patton’s avant-metal, so she couldn’t turn him down. Laughing, she says, “My mom called me — she’s like, ‘Who’s Mike Patton? And why are you cursing on his album?’ It was funny.”

She knows that such things might disturb the romance and serenity that most fans expect from Jones’ work. The soft and easy sounds of Not Too Late don’t deviate from her successful formula. But she is looking to expand a bit. The ballad “Thinking About You,” the disc’s first single, is meant to be on the radio, but the next song, “Sinkin’ Soon,” is part New Orleans jazz funeral march, part Kurt Weill-Bertolt Brecht sardonic lament. In a boat that’s built from sticks and hay/We drifted from the shore/With a captain who’s too proud to say/That he dropped the oar, she sings with a little growl.

The record contains more dark images. “Wish I Could” is a countrified ballad about losing a lover to war, and “My Dear Country” mourns Election Day 2004.

YouTube: “Not My Friend” by Norah Jones, from Not Too Late:

Blue Note actually had no idea it was getting a new album from its star. Trying to prevent the suits from looking over her shoulder and applying pressure, “We tried to keep it under the radar,” Jones says. She started writing the tunes back in 2004 with her main collaborator, Lee Alexander. “You know, they’ll [the label executives] slap a release date on you as soon as they start putting out money for it,” she adds.

Jones keeps secrets from her label and slips out on weekends by donning a wig. What other secrets is she keeping? Why, she’s even two-timing the music biz: She is about to make her acting debut in My Blueberry Nights, which opened the 2007 Cannes Film Festival on May 16 — and Jones will be there. “I’m excited and terrified,” she says, sounding more of the latter.

For Jones, the 14-hour shooting days were a rewarding experience, and she’d do it again, but wouldn’t want movies to interfere with her music. “I became a musician because I liked the idea of sleeping late and just jammin’,” she admits, laughing. “I don’t know if I want to give up that lifestyle.”

But back to looking ahead 40 years:

“I don’t know if people are always going to buy my CDs,” she says, sounding like the most relaxed person in the world. “[But] I’m not going to stop. If people care or not, that remains to be seen. But it doesn’t bother me if they don’t.”

She’s made enough money with jazz-tinged easy listening. “I’ve been lucky enough that I can do this the rest of my life, and I don’t have to depend on selling any more records. You just gotta make sure you do what you want to do.”