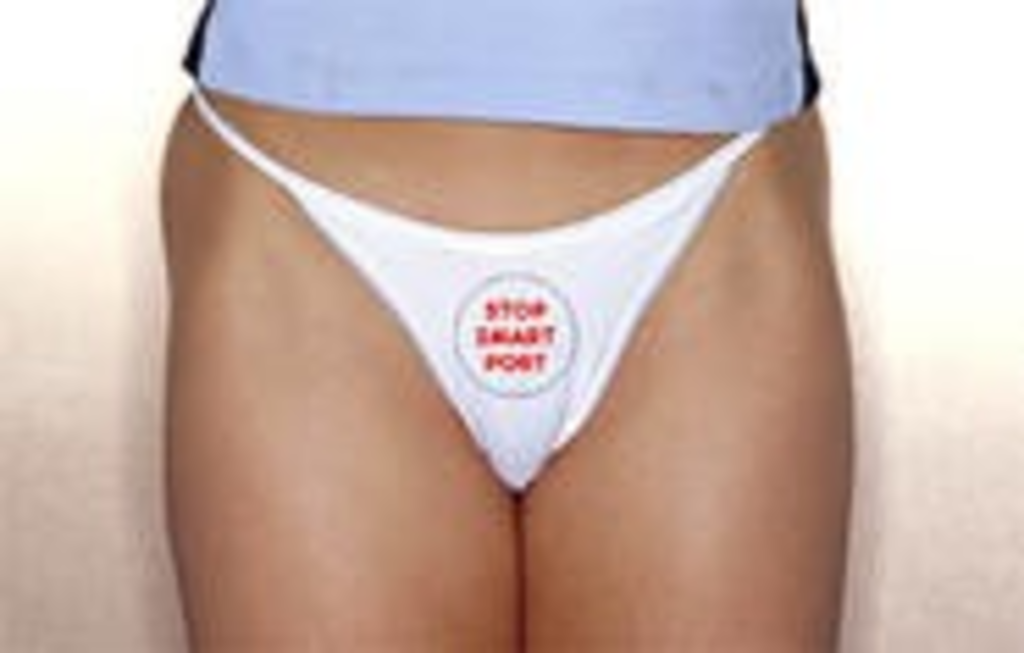 Despite our best attempts, we here at the Department of Burnt Ends are still in the dark when it comes to Missouri Gov. Matt Blunt’s favorite underwear.

But it’s safe to say that when Blunt went to Mexico to meet President Felipe Calderon last week, he wasn’t sporting a pair of custom boxers being hawked by local activists.

Blunt took a two-day trip south of the border to pimp a project called SmartPort. The plan is basically a warehouse in the West Bottoms that would allow trucks to clear customs in Kansas City and blow through the Mexican border. Blunt made a run for the border to jump-start the so-far unhurried discussions with our second-largest trading partner.

But some Kansas City residents are happy to see the idea spin its wheels. They’ve formed Stop SmartPort, fearing that tan-skinned and armed Mexican officials will carve out a tiny island of territory right here in the metro. The group’s Web site — www.stopsmartport.com — chronicles how the whole nefarious endeavor would lead to the end of America as we know it.

They also have thong underwear.

Through an unaffiliated clothing maker, the Stop SmartPort crowd has its own clothing line. Guys can hit the greens in a “Stop SmartPort” golf shirt ($20) or strike a blow to global commerce with a stylish baseball jersey ($20). Ladies are sure to impress their fellow mall walkers in a pastel-pink track suit with the “Stop SmartPort” emblem stamped on the left breast ($45).

Is your 2-year-old already worried that his future job may be stolen by a Spanish-speaking invader? Well, he’ll know you’re a responsible parent if you shell out $10 for a toddler T-shirt or “infant bodysuit” with the Stop SmartPort bull’s-eye on the chest.

Or maybe you’d like to initiate a little pillow talk with a Minuteman. The “classic thong,” featuring the Stop SmartPort emblem on the front and back, is just $10. And what patriotic woman could resist a man in Stop SmartPort boxers?

Barb Paulus, an administrator for Stop SmartPort’s Web site, declined to say how many garments the group has sold since it began selling the merchandise in June. She admits, however, that the clothes haven’t hit it big just yet. But that’s just because the group hasn’t held any local rallies or protests, she says.

Rest assured that, when the Smart Porters do get together, their political message won’t be confined to picket signs.