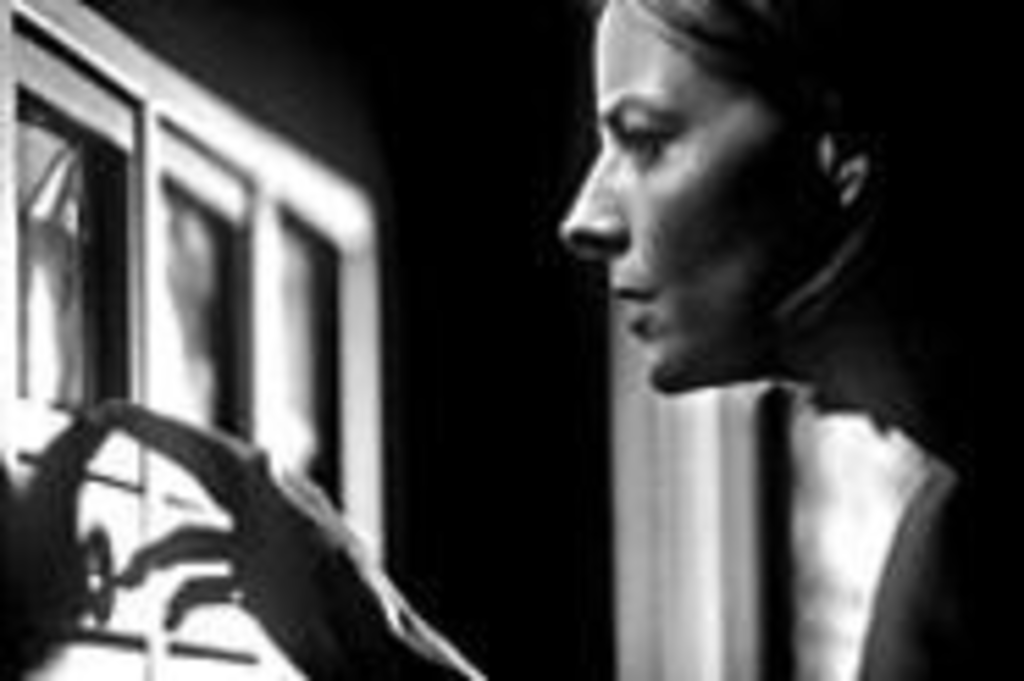 With Panic Room, about the night Meg Altman (Jodie Foster) and her teenage daughter Sarah (Kristen Stewart) are home-invaded by a trio of burglars seeking hidden treasure, director David Fincher reveals the derivativeness of his vision. For some, this will be enough: As mainstream, studio-financed movies shrink in significance, fervor and thought, we cheer irony and celebrate style, gullibly confusing technique with originality, manipulation with thrills, cynicism with affection.

So we will again congratulate Fincher, director of Seven, The Game and Fight Club for his tricky shots and smirky setups, the way his camera whizzes through the walls and down the staircases of the Altmans’ Manhattan “townstone” as though cinematographers Darius Khondji and Conrad W. Hall were ghosts, able to glide through concrete and drywall and phone lines. No doubt about it, Fincher can dazzle. But this time, he deserves no kudos for his gritty claptrap.

It’s the very definition of high concept: The first night in their expensive new home, mother and daughter are trapped in a panic room — a livable, supposedly impenetrable vault attached to the master bedroom — while three baddies terrorize them. But Fincher and screenwriter David Koepp (who penned Jurassic Park and wrote and directed Stir of Echoes) don’t know what to do with the ageless Foster and the agile Stewart once the women take refuge in what turns out to be a tiny room full of video monitors. For nearly two hours, Foster and Stewart endure a standoff with Jared Leto (wearing Snoop Dogg’s cornrows), Forest Whitaker (as that hoary standby, the thief with the heart of fool’s gold) and Dwight Yoakam (who wears a ski mask, carries a gun and stinks of real menace), who want something hidden in the panic room. Before the film finally convulses in a small heap of gore (the first rule of Panic Room is that it will turn into Fight Club), the burglars mostly bicker with each other as they try to make their way into the room. The cumulative effect is less thrilling than it is merely amusing.

For a film to scare you, it must first surprise you. But from the syringes of insulin to the cell phone on its charger and the wary cop who won’t take no for an answer, Fincher telegraphs his every move and intention, even in the dark. (It’s only a matter of time before Fincher makes a film completely without light.)

The darkness does not obscure the performances, though. Stewart is excellent as the cagey kid weaned on movies and the tricks they teach us; she even manages to overcome that creakiest of conventions, the infirm child who will die unless she gets her medication in time. As Meg, the scantily clad Foster is more remarkable; her calm exterior barely masks a fear that soon gives way to unbridled anger. When she tells her ex-husband’s girlfriend to “put him on the phone, bitch,” it’s as though someone has opened a relief valve inside her.

But Panic Room still feels slight. At least The Game, Fincher’s most trivial film, laid out its twisted tale with unrestrained giddiness — it was as vicious as it was fun. Panic Room is instead a collage of clichés and a dim echo of allusions to other films — particularly his own Alien 3. It’s a bar code tricked up as multiplex art. It will scare the hell out of you only if you’ve never seen Home Alone; it will amuse you only if you’ve never seen Die Hard. At each step, Fincher might as well swing the sledgehammer brought into the Altmans’ home by Leto, Whitaker and Yoakam; he’s that unwieldy and unsubtle.