Slideshow: Versus 4 MC and Beat Battle at the RecordBar 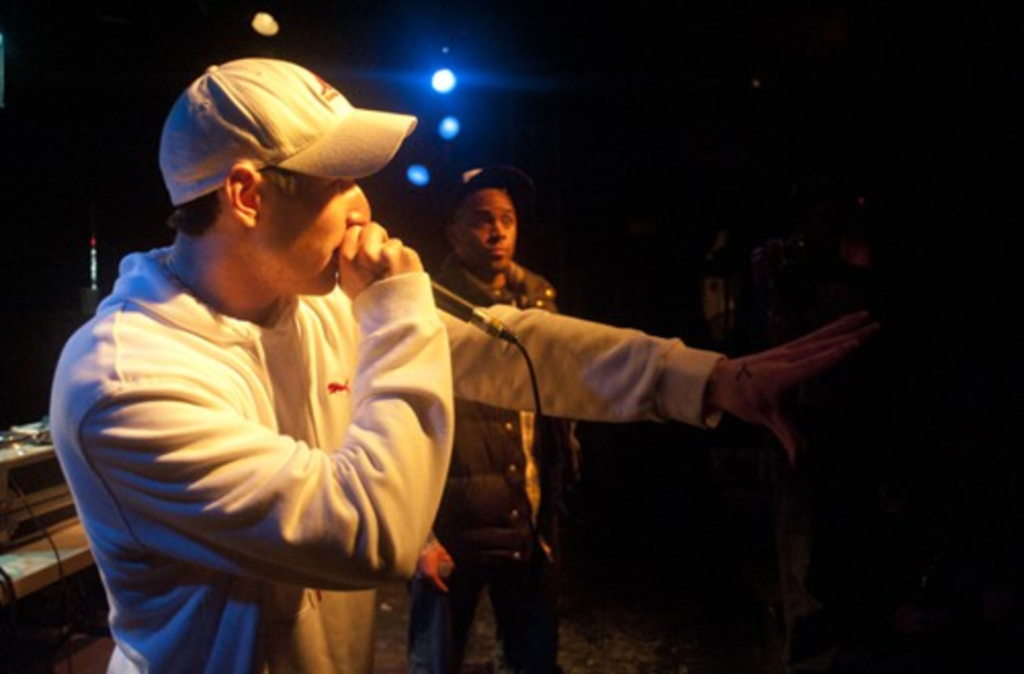 Versus 4: A Hip-Hop Battle packed the RecordBar on Saturday night with nervous rappers, stinging insults and rowdy crowd members. There were several notable upsets in the early heats of the rap battle: newcomer (and self-described CoMo fratboy) XQZ pushed out scene veteran Approach in the first round, after a round of sweltering overtime. Les Izmore‘s loud, raspy flow fell victim to a fresh face in the early rounds of the battle, too. (He was later a source of material for the contest winner, Abnorm, who critiqued XQZ in the final rounds of Versus by telling him that he was “yelling like Les Izmore.”)
Abnorm also scored one of the best digs of the night in his face-off against Dutch Newman: “You may look like Homer Simpson, but I’m goin’ home with the dough.” Ouch.