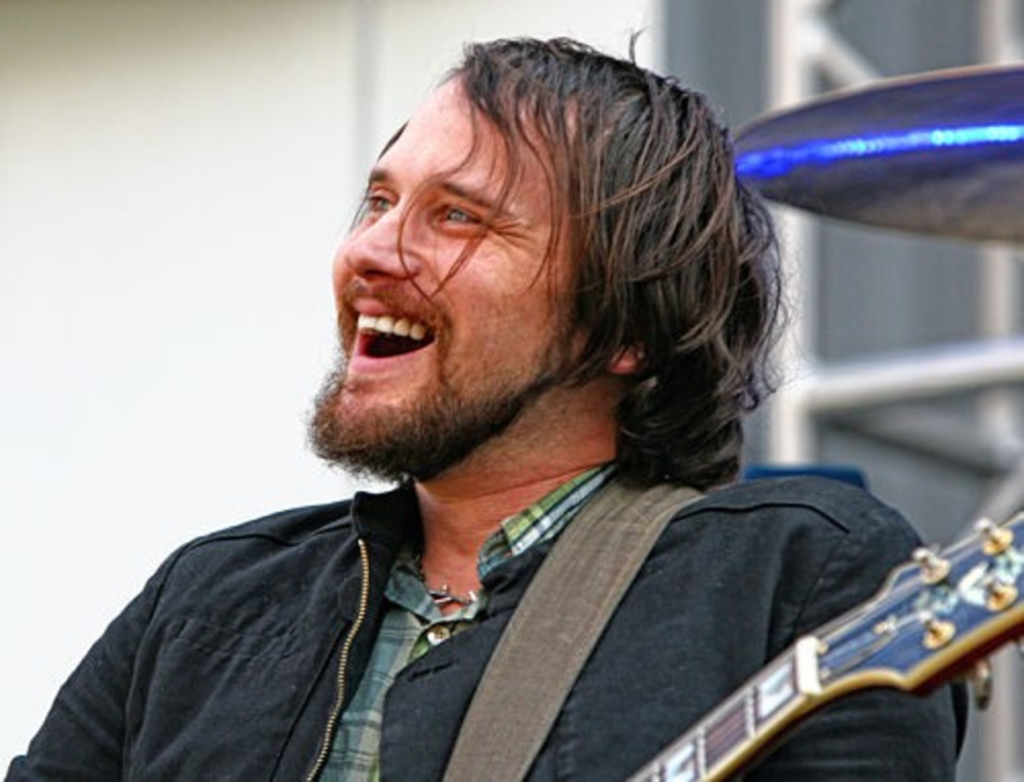 That’s the face of a happy rocker, folks. And you can get lots more where that came from by clicking on the photo for a slide show featuring this man’s band (Silversun Pickups), plus Dead Confederate, the Von Bondies and happy drunk people in the afternoon.

Notes: I had hoped to catch part of the Von Bondies’ set, but the show was running early. By the time some coworkers and I arrived around 3:30, they were done. I was barred from entering because I was wearing a plain white V-neck T-shirt, which is illegal at P&L — and not just if you’re black. Luckily, a coworker had worn two shirts and gave me one, which, on me, came down to about mid-thigh, but at least I got to go in and party WOO!

Inside, there were a couple thousand people. The contrast between the fratty/sororititty crowd and the skinny out-of-town rockers the Buzz had brought in was marked, but from what I can tell from the photos, they all rocked it hard. Silversun Pickups certainly did. I caught most of the LA band’s set, and they seemed to be having them a pretty good time. Frontman Brian Aubert was all smiles. Though inside the bars all around, people were dancing to ’80s music blaring through the in-house PAs, outside, the audience for Silversun was into the band and relatively calm. It helped that the band has a cool, grooving, dark-bassline-drivien sound that, in the right setting (and this was the right setting) could be enjoyed by people whose tastes are rooted in ’90s rock, especially Smashing Pumpkins. And I swear, a couple of the songs could’ve been variations on Bush. If Aubert were to change his high chirping to a low Weiland drawl, the Pickups could almost be grunge. They’d probably get even more play on the Buzz if they did (oh!). But that’s not a diss to Silversun. I like what I’ve heard of their music, and I gotta take my hats way off to how well they handled the audience and the whole situation yesterday. They proved that rock can unite hipsters and jocks.

All you gotta do is believe.