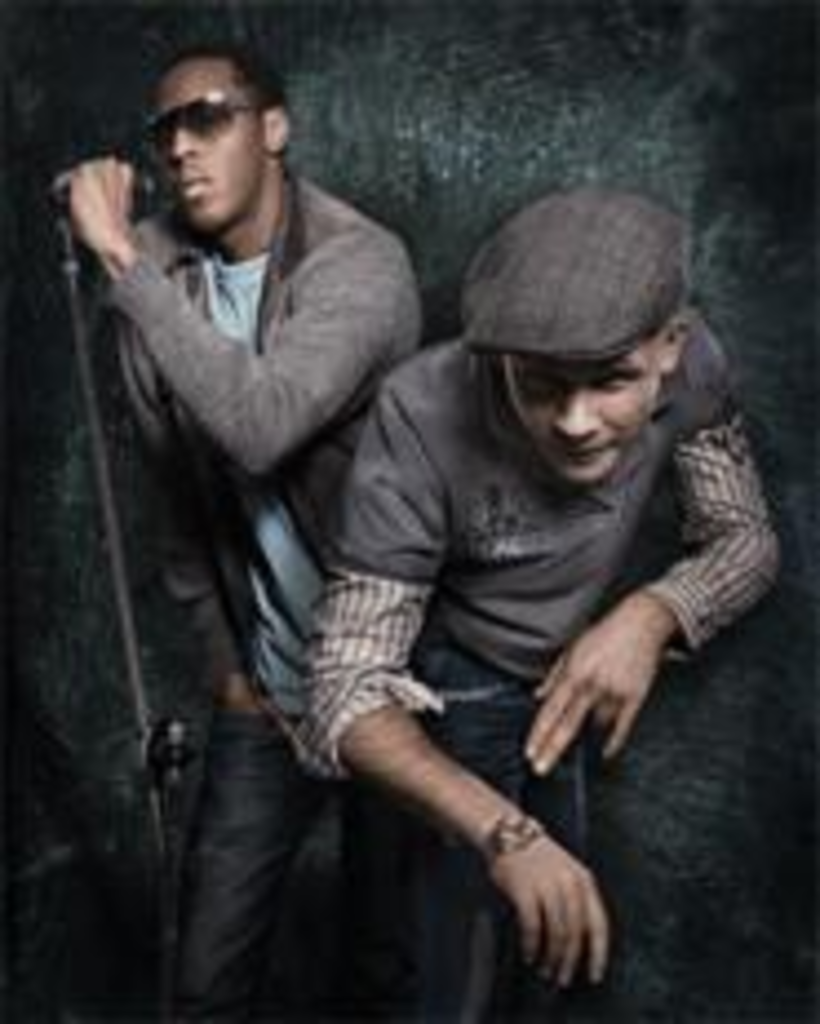 Raise a glass to MC Naeem Juwan Hanks. “I had a shot last night in Baltimore called ‘the bird’ that was dedicated to the oriole, and I think it’s the best comparison to the Spank Rock collaboration,” says the man known as Cool Disco Spank Rock (aka Spankro) by phone from Philadelphia. “It’s a combination of things — orange on the bottom and the top black — and it was both amazing and naaaaaasty.”

Some of the best things in life are nasty. Spank Rock, for one. A combination of Hanks (the black on top) and producer Alex “Armani XXXchange” Epton (white more than orange), Spank Rock was born out of grimy parties from Baltimore (where the crew met) to Philadelphia and Brooklyn (where they moved). Augmented live by Baltimore Bass Connection DJs Chris “Rockswell” Devlin and Ronnie Darko, Spank Rock aims to make the crowd perform just as hard as the group, no matter where the root gets put down.

In the wake of the hype surrounding the genre of B’More club music — an uptempo, strip-club-friendly modulation of hip-house and a distant cousin to ghetto-tech and Miami bass that emerged in the early ’90s — Spank Rock has become most associated with Maryland’s Charm City. Like the city of Baltimore itself — full of gritty pockets where you have no choice but to deal with the way things are run down and the streets are just plain run — Spank Rock is poised to have listeners cracked out like they’re on Sparks and Percocet with the group’s Big Dada Records debut full-length, YoYoYoYoYo.

“It’s like this Spank Rock thing is becoming a movement,” Hanks says. “My boys are all over [magazine] URB‘s Next 100. People are almost building our rep for us because, thanks to DJs, they’re picking up on all kinds of gutter music. It’s like the title of the record: The more yos, the better, because it’s a perfect word because it’s second nature. Like the way we drop that fat, funky bass.”

Spank Rock’s booty bangers, however, may be Hanks’ third nature. His original interests lie in the conscious hip-hop of Mos Def, Common, the Roots and the Rawkus Records era. But in the past few years, Hanks found that his peers in Illadelph — DJs including Diplo and Low Budget of Hollertronix and Cosmo Baker and Ayres of the Rub — were less concerned with “keeping it real” and more into keeping it real funky, which allowed him to step into the persona sex rap rico suave. Of course, none of this would have come to fruition without the rhythmic contributions of Hanks’ partner in crime, Epton.

With a background first in hardcore bands followed by a collaboration with sampling rock band Zero Zero, Epton knows his way around EFX pedals and ProTools. His production on YoYoYoYoYo‘s 12 tracks is like a conversation between a calculator and a Geiger counter while South Bronx art-funk ensemble ESG plays in the background, or like Q-Tip from A Tribe Called Quest spitting over robofunk in the reverberating folds of an arcade designed by Frank Gehry. Or maybe seeing the disbanded Antipop Consortium doing geek chic over the Neptunes making London grime twerk. In any case, you’d never know it was a living room production.

“Spank Rock is like remixing songs that were never there to begin with,” Epton says. “I have a lot of stuff recorded on my hard drive — lyrics and beats — and later, I stick it together in a collage. We don’t sit and make songs in six hours. It coalesces from weird bits. But, no surprise, when I was little, I’d be playing Legos and not build what was on the box. The way I work is to have the blocks lying around to see what sounds good with each other.”

Indeed, Spank Rock is a block party, the most important corners of which are in Baltimore, Philadelphia and Brooklyn.

One reason that associating Spank Rock too heavily with Baltimore will only breed misconceptions is that the music’s tone, though at times bleeping and metallic, is not gunmetal-gray enough. The vibe is more for fucking around than for lashing out, and it’s not claustrophobic enough, either. The repetition never achieves the surrendering status of mass mantra. Don’t get distracted by a song or two about poonanny. Despite percussive layering and concise phrasing, Spank Rock isn’t single-minded enough (in a good way) to be B’More.

That’s what Spank Rock isn’t. But even though there’s not overt “soul,” in the cheesy R&B-meets-hip-hop vein, Spank Rock takes cues from Philadelphia in that Hanks pays obvious attention not just to the words but to certain ways of projecting and pushing voice. His tongue “is the drum,” and his mind is “the machine,” he claims. Exaggeration, aspiration, exasperation and perspiration all fuel Spank Rock’s verses. Taking offense to reviews that have questioned his level of irony, Hanks says there is a playful nature but no buffoonery.

“I’m a rapper, I’m not a superhero,” Hanks says, offering haters the bird. “And Alex is a musician. People will have their opinions about how serious they should take us. But we’ve got no conflict. We want to make music because it’s what we like and it’s what we want people to like.”

And that, without a doubt, is what Spank Rock does best.