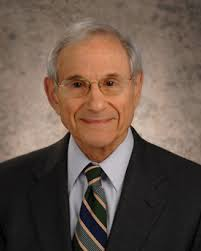 As a general rule, any time a state lawmaker drums up a bill that affects a red-button social issue during an election year, you can expect that it’s poorly written and ill-conceived legislation.

In The Year That Donald Trump May Become President, GOP leaders in Missouri are using Senate Joint Resolution 39 to fire up the base, get people out to vote in November and put gay couples back under their thumbs.

SJR 39 purports to protect business owners who have religious objections to gay marriage and would allow them to deny service to same-sex couples. It’s another in a wave of similar legislation in other parts of the country after the Supreme Court last year legalized same-sex marriage in all 50 states. Rather than stand by and accept legal precedent and recognize that the world is changing, red-state lawmakers want to chip away at a gay couple’s newly found right to get married.

Missouri Sen. Bob Onder, a St. Charles Republican who supports SJR 39, says the measure is a “shield, not a sword.”

As SJR 39 moves closer to a vote that would send the question to Missouri voters later this year, legal scholars have taken a look at the legislation and found many holes.

The latest is a memorandum written by Husch Blackwell attorney Harvey Tettlebaum, which The Pitch obtained on Thursday. Tettlebaum practices out of the law firm’s Jefferson City office and is a committed Republican.

Tettlebaum guts many of the arguments in support of SJR 39. One of those arguments goes along the lines of “This is a narrow bill that protects a florist from decorating a same-sex wedding ceremony if he or she finds it religiously objectionable.”

Tettlebaum points to the loose definition of an “individual” within the bill to extend far beyond small-business owners.

And, as we’ve covered before, Tettlebaum writes that the language in SJR 39 is so broad and vague that it can be stretched to incorporate far more people than merely those who decline to produce something of “expressional or artistic creation” for a same-sex wedding. SJR 39 extends “protection” to anyone who doesn’t want to “personally be a participant” in a same-sex marriage. That could mean a cab driver, a caterer, a hotel housing guests for a same-sex marriage and so on.

Tettlebaum raises a whole bunch of other points.

Meanwhile, law professors at Columbia University, Washington University in St. Louis and the University of Missouri-Kansas City analyzed other troublesome aspects of SJR 39. Namely, they found that SJR 39 infringes on the Establishment Clause in the First Amendment. Their memo states that the Constitution says government can’t favor or disfavor any particular religion, nor can government create accommodations for religious beliefs when doing so causes problems for other private citizens.

To supporters of SJR 39, these legal objections may not mean much. People who support this legislation treat the law like the treat the Bible — they pick and choose parts that they like and then ignore all the rest.